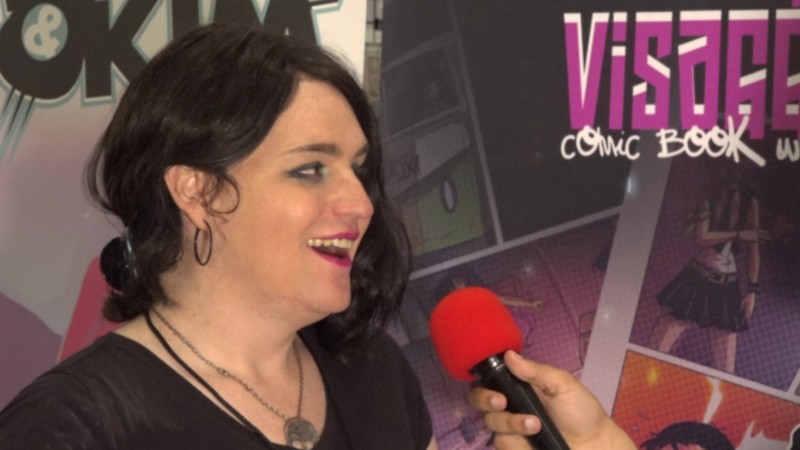 If Magdalene Visaggio aka “Mags” is not on your radar yet, you are missing out. She is one of the most progressive, badass writers in comics today. Her breakthrough original comic, KIM & KIM, came out only last year through Black Mask Studio. The comic received a GLAAD Media Awards nomination for “Outstanding Comic Book” and, just recently, an Eisner nomination for “Best Limited Series.” Illustrated by Eva Cabrera and colored by Claudia Aguirre, KIM & KIM follows two best friends/bounty hunters (one guess on their names) who give the middle finger to any and all authority figures/societal expectations as they run from the intergalactic law with their high-priced bounty.

Aside from being a well-done comic, this punk-sci-fi-buddy-adventure stars a transwoman and a queer girl. In a day and age when the Bechdel test is not always met, for a comic like KIM & KIM to be Eisner-nominated is a big deal and long overdue in this industry. Therefore, KIM & KIM is a win for LGBTQ+ representation, feminism, alternative comics, all comics, and humanity as a whole. Alongside KIM & KIM, Visaggio is also writing QUANTUM TEENS ARE GO! for Black Mask Studios. Illustrated by Eryk Donovan and also colored by Aguirre, QUANTUM TEENS includes all the bestie/punk/caper/sci-fi adventure goodness that is quintessential Visaggio, but this time mad science geniuses-cum-sweethearts Nat & Sumesh are stealing lab supplies to build their time machine (which they would love to turn on if the forces-that-be would allow them to!)

READ: Need more sci-fi comics in your life? Of course you do! Here are our picks!

If this doesn’t get you, your grandmother, your boss, and everyone else you know to check Mags out, rest assured. ComicsVerse talked with Mags at Five Points Festival this past weekend. In this interview, Mags discusses her thoughts on KIM & KIM’s groundbreaking Eisner nomination, the benefits of working with alternative publishers, and what would happen if the Kims ever came to our planet.