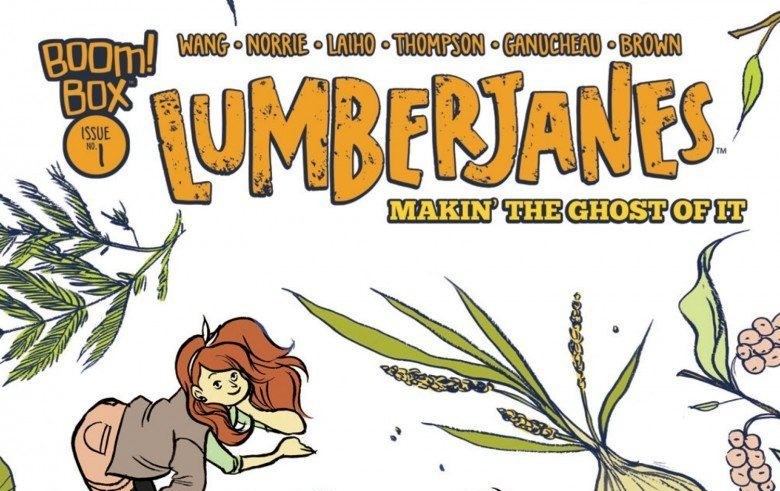 It pains me to say this, but I didn’t enjoy LUMBERJANES: MAKIN’ THE GHOST OF IT. Sure, the pun in the title was great, and the idea of a good old fashioned summer camp ghost story had a lot of promise. The trouble is that Jen Wang, Christine Norrie, and the rest of the team couldn’t deliver something that, on the surface, sounds like an easy feat.

READ: We took some time to examine the legendary rock band, PINK FLOYD, in all their glory.

Here’s the thing: it isn’t that MAKIN’ THE GHOST OF IT is poor quality, per se, but it is starkly different from a normal LUMBERJANES comic. Most of the time, these stories function as very loose narrative shells for the smartly-crafted, off-the-wall humor to exist within. Where “MAKIN’ THE GHOST OF IT” deviates, is that the shell of the story is there — the girls and Jen are trying to earn survival patches and tell ghost stories about dead and hungry pioneers — but the very distinct brand of LUMBERJANES humor is not. Instead, it feels as though much of the book is spent trying to live up to a “LUMBERJANES ghost stories” potential. All the right ingredients are there, but they just don’t blend as well as together Wang hoped they would. In the truest sense of the word, this is a one-off. 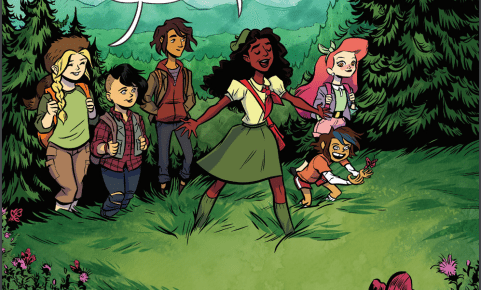 Norrie’s art, while without a doubt well done, doesn’t really lend anything to the humor of the story like Noelle Stevenson’s does. As a guest artist, she leaves her mark, but it doesn’t mean very much in the broader context of  LUMBERJANES. There’s a certain cleanly idyllic quality to the way Norrie draws the inhabitants of Miss Quinzella Thiskwin Penniquiqul Thistle Crumpet’s Camp for Hardcore Lady Types that feels at odds with the normal art style of the series — which would be forgivable were it adding anything substantial or providing a new perspective on LUMBERJANES. In the end, though, it just feels like an odd pairing of talents for a book that usually knocks it out of the park.

READ: Thinking of giving DC’s MARTIAN MANHUNTER a read? Here’s what we thought of #12

MAKIN’ THE GHOST OF IT is not the only story in this issue of LUMBERJANES. There’s also “SPHINXES, AND RIDDLES, AND WISHES, OH MY!” By Kelly Thompson and Savanna Ganucheau, which unfortunately makes “MAKIN’ THE GHOST OF IT” look worse simply by existing in the same issue. The problem arises from the fact that Thompson normally does a wonderful job writing this comic and this short story is no different. It’s funny, light, but still substantial, and what’s more is that it is paired with Ganucheau’s art which captures much of characteristic zaniness of LUMBERJANES while bringing her own style to the book as well. There is not a great deal of fuss to her work, or rather, it doesn’t feel like there is, something the normal LUMBERJANES title excels at. In short, “SPHINXES, AND RIDDLES, AND WISHES, OH MY!” is everything you expect from a LUMBERJANES story which leaves “MAKIN’ THE GHOST OF IT” feeling all the more abnormal by comparison. 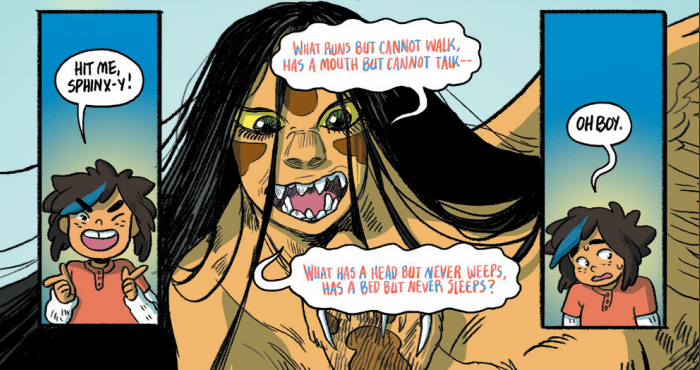 It’s a shame to say that I didn’t find much to like about this book. If you look at the raw components of the book, there’s nothing actually bad about it, but when seeing how everything fits together, though, the cracks start to show. Both teams of MAKIN’ THE GHOST OF IT work well together, but the first just doesn’t feel like it should be telling this particular story. Clearly, they are very talented, but like so many times in the comic book industry, it was just a classic case of mismatched match-making.