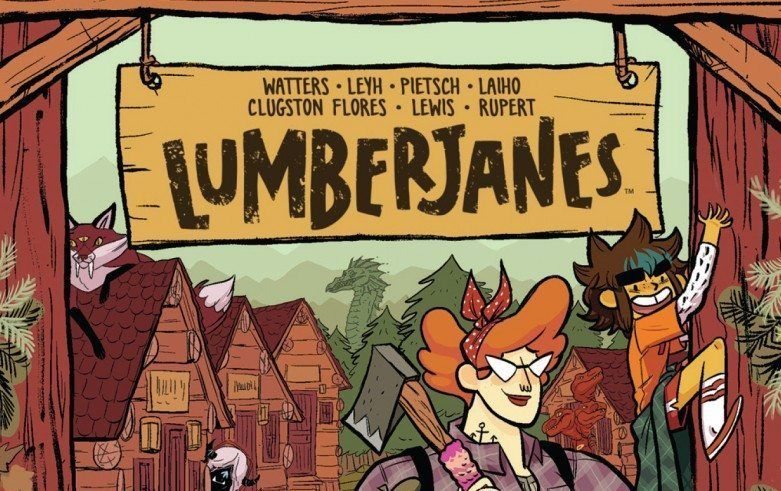 If you’ve never read LUMBERJANES before, you’re surely missing out. Where a lot of feminist-angled comics tend to alienate if you don’t know some of the finer nuances of feminist theory, LUMBERJANES makes it pretty simple: it’s about women (girls in this case) having the freedom to be themselves. Most significantly, though, it doesn’t have to be complicated. Books like BITCH PLANET are phenomenal in their own right, but they’re not easy books to pick up. Of course, I’m of the mind that you needn’t present your case for equality in a pleasing manner, but it’s pretty clear that the age demographics of LUMBERJANES and BITCH PLANET are very different.

LISTEN: Comicsverse has some great podcasts. Got a minute? Give one a listen!

To that end, LUMBERJANES #25 is an immensely satisfying and hilarious read. It isn’t without its flaws, but once again, Shannon Waters and Kat Leyh demonstrate why LUMBERJANES is the book to beat when it comes to an all-around good time. There are two stories this issue, the first focuses on the girls and their friend Barney from the boys camp as they try to corral some seriously adorable magically altered kittens before the Grand Lodge scout elders visit. The second is a little more intimate, and a little less fun, and is about April taking care of a half (or 3/4?) bird-boy hybrid as he falls for her. 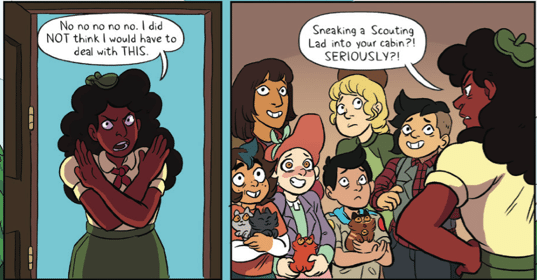 The first story is typical LUMBERJANES firing on all cylinders of fun and zany. The dialogue is sharp, but casual with the book’s expected brand of wacky wit and optimism, and the art is none too complicated, though a little odd. One thing about the art, though: make sure you take time to look at each panel. In this story there’s tons of funny little details in every panel mostly stemming from the cats’ various insane abilities. It’s definitely the least assuming of the two stories, and makes its presence felt without overstaying its welcome. A great story.

READ: Want to read another girl-power book? Try BITCH PLANET on for size!

The second story is a little bit more of a slog on account of several factors. For one thing, the watercolor painting illustrations make all of the panels feel a little denser and less effortless than the previous story. Then there is the fact that there’s a lot more text in the second which forces you to slow down. Don’t get me wrong, it’s still a funny story and better than many other comics, but it isn’t quite up to the intelligently fast romp that is characteristic of most LUMBERJANES stories. 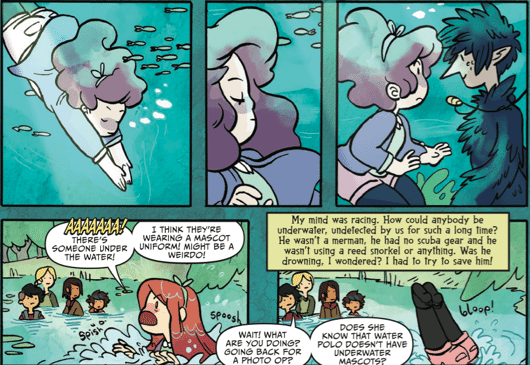 The primary strength of any LUMBERJANES issue, though, is how at the center of it is a strong core group of characters that exhibit the power of friendship to overcome seemingly insurmountable odds. The message of feminism is skillfully woven in to articulate the importance of homosocial relationships in the female experience. This book stands apart from others for its undying optimism in the power of women and friendship. All the zaniness would mean nothing if there wasn’t some central body for it all to orbit around and give it purpose.

LUMBERJANES #25 reaffirms all of these points with great intensity, making this issue worth reading. Behind the off-the-wall ideas and crazed, expressive drawing is a story that moves to the beat of loyalty, heart, and friendship to the max.