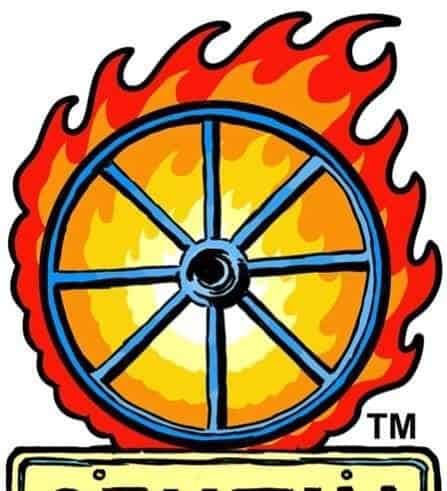 Luis M. Cruz is the publisher of CRUZINCOMICS, an Indy publishing company as well as a freelance Comic Book, Science Fiction, Fantasy & Erotica Writer. He has published comics such as JENNIFER THE SHE WOLF and continues to be passionate about what he does. I had the opportunity to interview him about his company as well as his work and personal struggles he overcomes every day. 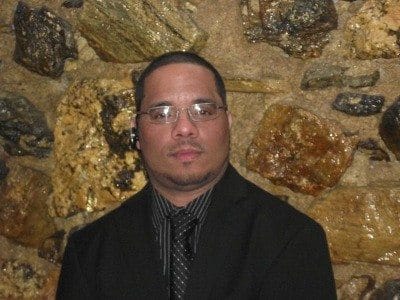 What sparked your interest in creating CRUZIN COMICS? Was there a specific person or comic book that made you want to build a company of your own?

My interest in creating CRUZIN COMICS came from working for four other Indy-publishers and realizing that if something major came from one of their characters, such as film or T.V. rights, then only the Publisher/Creator gains to benefit, not the writer, and it’s understandable cause the individual writer signed a Work For Hire Contract. Once I learned about how the industry worked, I decided to create my own little self-publishing company called CRUZIN COMICS.

How do you see CRUZIN COMICS expanding in the future?

A few of the major publishers that are considered to be among the top 10, such as Image Comics, IDW, even DarkHorse, were once considered Indy-Publishers. I hope to see CRUZIN COMICS become a major player in this industry or at least “Rub shoulders” with them.

Did you have JENNIFER THE SHE WOLF in your mind already when you created CRUZIN COMICS?

When I created CRUZIN COMICS I wasn’t sure which of the 3 dozen creator-owned characters would make its debut. JENNIFER THE SHE-WOLF is my latest creation, so I figured since I was starting a new Indy-publishing company why not start it with a new character.

What inspired Jennifer’s character? Is there a reason she is a werewolf and not another supernatural creature?

The inspiration for JENNIFER THE SHE-WOLF came from watching many supernatural movies and noticing that the characters in the movies were either vampires or possessed by demons. However, the series of movies called Underworld made me ask the question, what if instead of a vampire being the cool character, it was a werewolf. Then I began thinking, not just a heartless creature who is always in search of a meal and can only change during a full Moon, but one who has total control of her transformations and who is fully aware of her actions while in werewolf form. Once I had the character in mind, I asked myself, what would her story be. That’s when I decided that her story would be one where the readers would feel sad for her, cause she loses everything throughout her life. 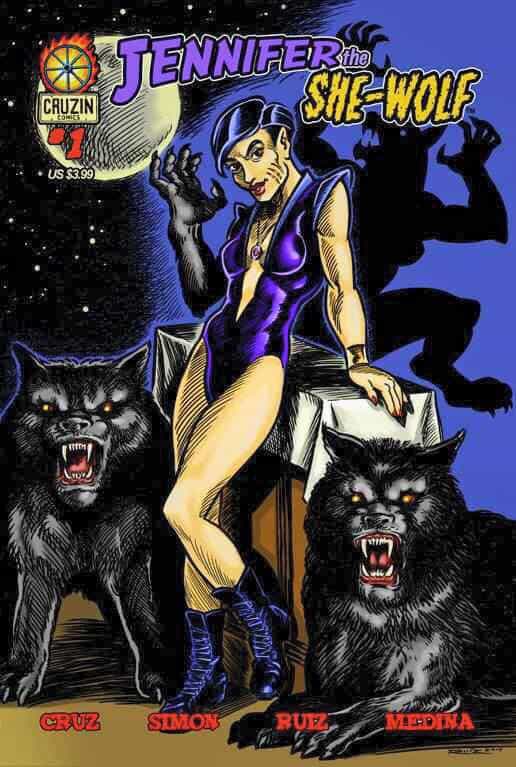 BUY: Click Here to purchase JENNIFER THE SHE WOLF

In JENNIFER THE SHE WOLF you have two artists who illustrate, Miky Ruiz and Henry Simon. They have different styles of art, is there a reason behind your choice to have two artists?

The two styles were originally intended to be used for two separate issues, the black & white pages was going to be extended into 22 pages and used in an origin issue with the colored version which was also going to be extended and used for issue #1. However, after seeing the difference in the artists styles and, after talking with both artists Miky Ruiz & Henry Simon, it was decided to combine the pages, still making the black & white pages the origin and the colored pages the modern look.

Is there any thing coming soon that your readers should be excited about?

My next project is based on a character I created about 25 years ago, called BLOOD-KILL, he’s an ancient spirit which was placed in the body of a dying Detective. However, the body of that spirit is revived and has been walking the Earth for centuries to reunite with his spirit. It’s basically a mixture of Superhero/Ninja/Supernatural. I plan on releasing it sometime next year when I have completed the first three issues. The illustrations is being done by the wonderful Angel Maria Martinez.

You’re very open about your disability and you create these comics in a very interesting way. Can you take me through a session of your writing and/or illustrating?

When I was born I was diagnosed with Arthrogryposis, which is a curvature of the joints and muscles and because of my disability I write, type and do a little character designing with my mouth. Although, I can use my hands for the same things, it’s just not as fast as when I use my mouth. I’m not sure if any writers out there do this, but when I write I have a habit of hand writing (or rather mouth writing) my first draft on notebook paper before typing it. In doing this I can decide to either add or remove a certain scene or phrase from the book or story.

It’s wonderful and I think you’re a great role model for kids out there who are also disabled. Many people let their disability hold them back but you didn’t. What would you say to those kids who think they can’t make their dreams come true?

Thank you, I hope to continue to be a role model for kids or anyone else with or without a disability. As for those who have dreams and think they can’t make it, I want to tell you that they’re out there, waiting for you to grab them and make them your own. Don’t be afraid to take a chance, the opportunity is always waiting on you.

READ: Don’t miss anything from Joanna!