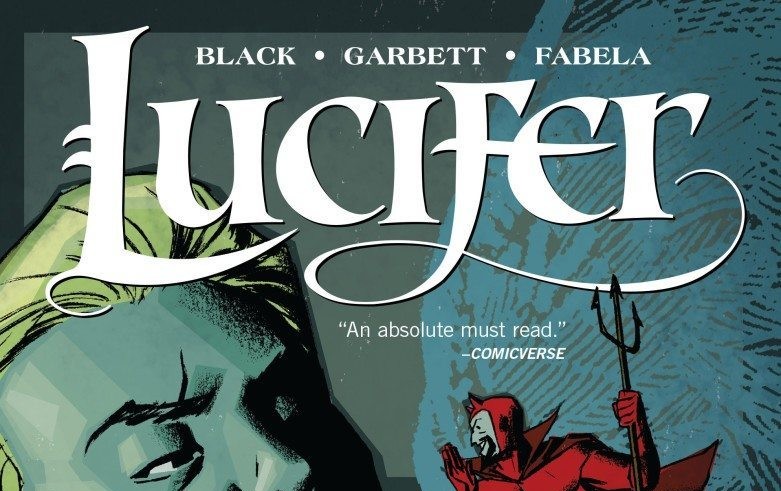 LUCIFER #4 follows Gabriel and Lucifer as they enter the dream realm in search of answers. Who killed God? Who hurt Lucifer? Can Gabriel regain his wings? Elsewhere, Medjine continues to battle with the literal demon that she is keeping in a jar, and the figurative demons that are her foster parents.

READ: Interested in more LUCIFER? Check out our review of LUCIFER #3!

LUCIFER #4 is a very disjointed comic. It’s split into two parts. The first part tells the story of Medjine as she carries around the demon Azazel. The second is the tale of Lucifer and Gabriel as they make their way through the dream realm. While both stories are strong, the one with the most potential is Lucifer’s journey through the land of dreams. The dream realm is incredibly strange and interesting, but it’s not explored enough. There is also a cameo by Cain and Abel, two great characters from the original SANDMAN run who Lucifer doesn’t even interact with. Most of their time is spent walking to collect a nightmare, which they don’t even capture, and then they are quickly out of the dream realm entirely. It all feels like a wasted opportunity. 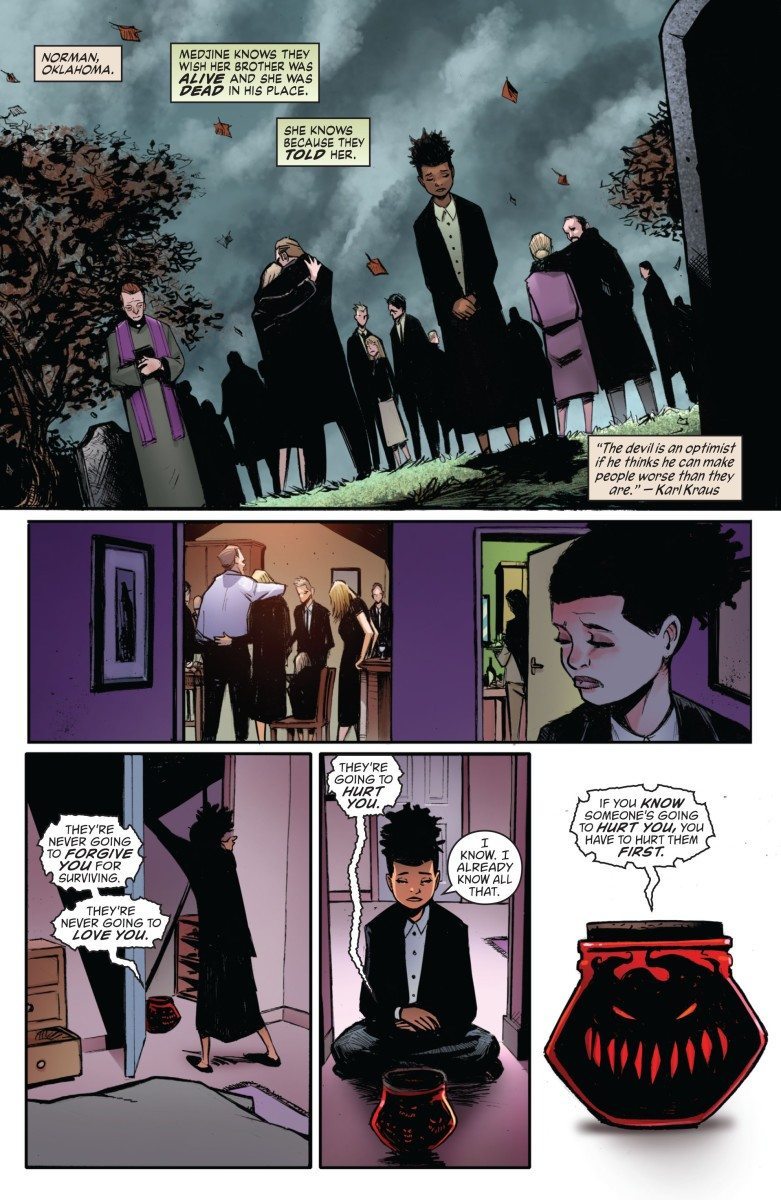 The story of Medjine gets equal time in the comic, and this is part of the problem. It takes away from Lucifer and Gabriel’s time. It is also a story that really doesn’t tell us anything new about Medjine. She still has awful foster parents who she eventually escapes, and she’s carrying around a demon. However, a lot of time is still spent on reiterating that she’s still a troubled child who carries around a demon. The ending itself also feels pointless because it very much seems like Medjine will not even be a part of the coming narrative.

The artwork remains a high point. The dream realm is vivid with color, and there is a very enthralling sense whenever Gabriel and Lucifer are walking through the strange landscapes of dreams. Unfortunately, again, there just isn’t enough time in the dream realm and the small teases we get of how unique and visually interesting it can be only reinforce how much potential there is in this comic. 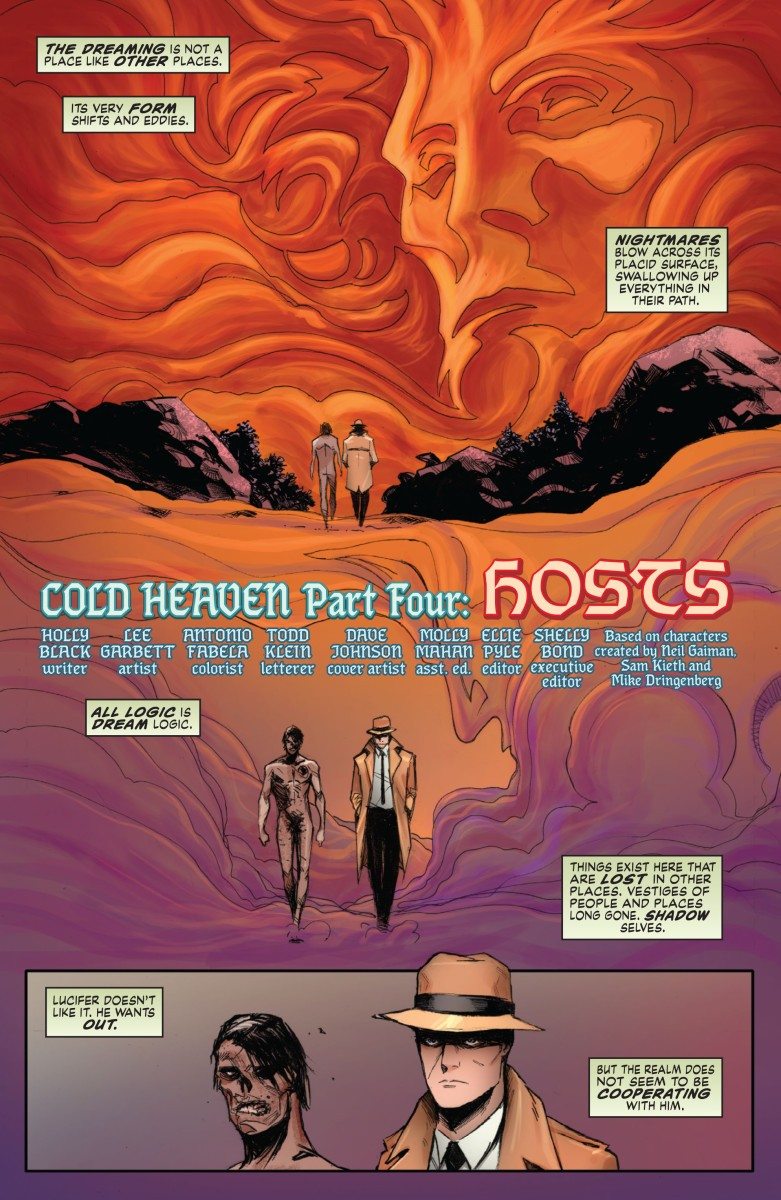 Back in the real world, not much happens to really let the artwork shine. Most of it is spent either standing and talking or sitting and talking. The character models look good and the backgrounds are solid, but there’s really nothing exceptional about it, and that’s a shame because the art could really be amazing.

In the end, LUCIFER #4 is disappointing. The pacing is poor and the back and forth between the two stories causes both to suffer.