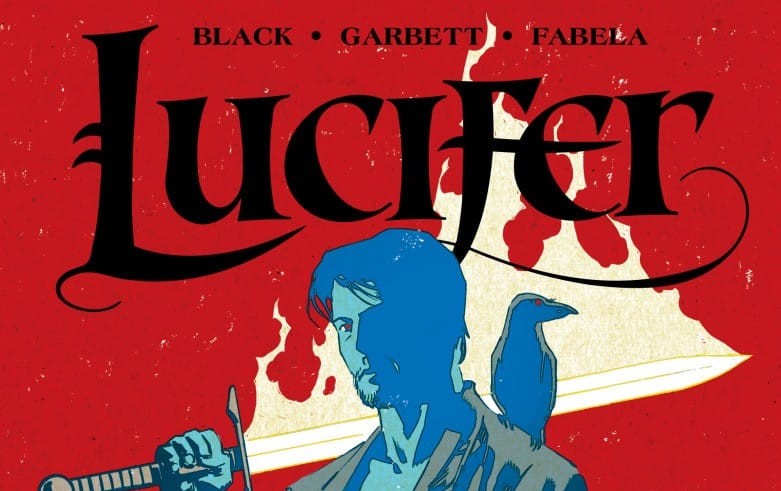 Lucifer and Gabriel make their way into the dream world, hoping to find clues leading to who murdered God. In their attempt to find truth, they confront Eve and Lilith who tell them the tale of Azazel and how it could help them in their search if they can ever leave the dream world that is. Meanwhile, in the real world, a young girl named Medjine is forced to deal with the awful family that adopted her and confront the temptation of demons.  There’s a lot of stories being told at once.

READ: Did you miss the last issue of LUCIFER? Catch up with our review of LUCIFER #2!

LUCIFER #3 slows a lot of the momentum that the first two issues were so great at creating. The majority of the story focuses on two main stories. The first is the story of Azazel and how his son Natan came to power. The other focuses on a girl named Medjine, who is an adopted orphan living in Oklahoma. Both of these stories are interesting, and it is obvious that they are key plot elements for the future of the narrative, but they drag on for a long time, and nothing in the narrative really feels like it moves forward that much. 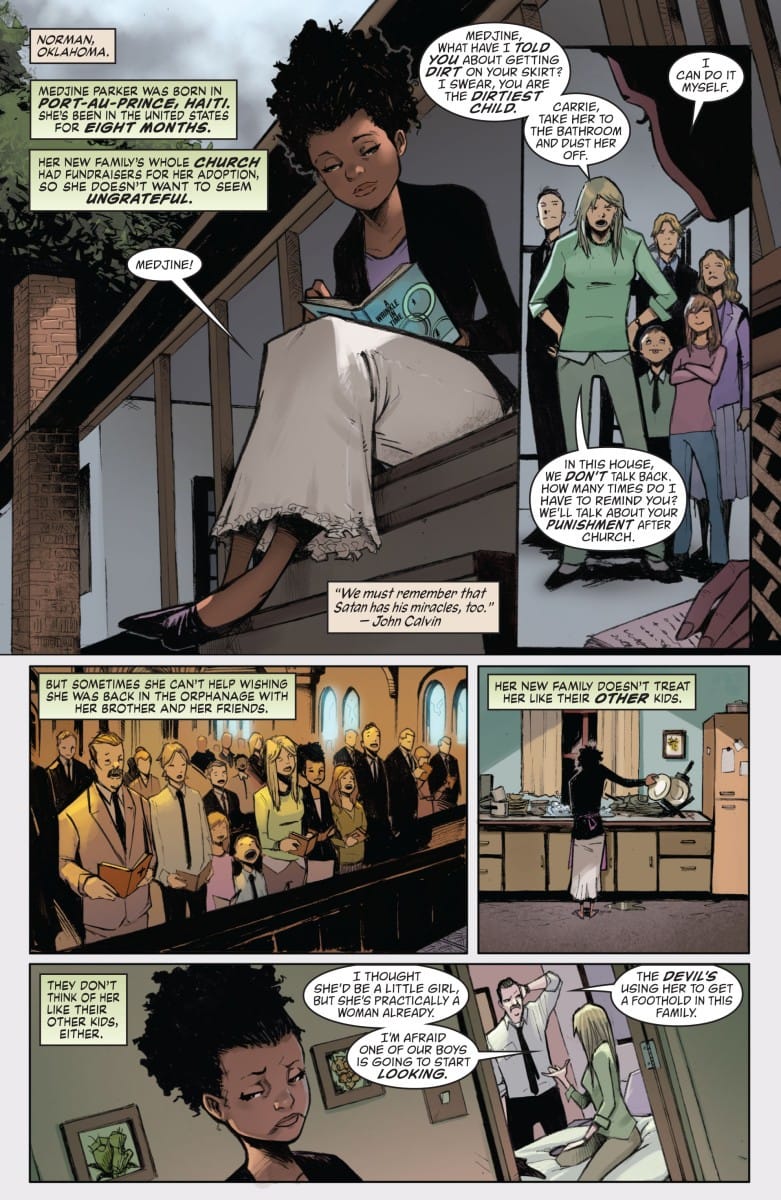 Lucifer and Gabriel start the story by entering the dream world and by the end of the tale nothing has really changed. They are still in the dream world at the end, although the end does get very confusing as to what is really happening. Some more clues are revealed in the mystery of who murdered God, but it takes so long to reveal these clues that there’s no time left to follow up on them. Also, the twist at the end makes the clues that are presented in the Azazel story completely useless, making it feel like even more of a waste of time.

Pacing issues aside, the stories of Medjine and Azazel are really interesting. The story of Azazel in particular really helps build how deeply biblical and supernatural beings impact the world of LUCIFER. The dream world, in particular, is extremely bizarre and unique. Unfortunately, there isn’t enough time spent with Gabriel and Lucifer to really enjoy how exciting the small glimpses of the dream world are. 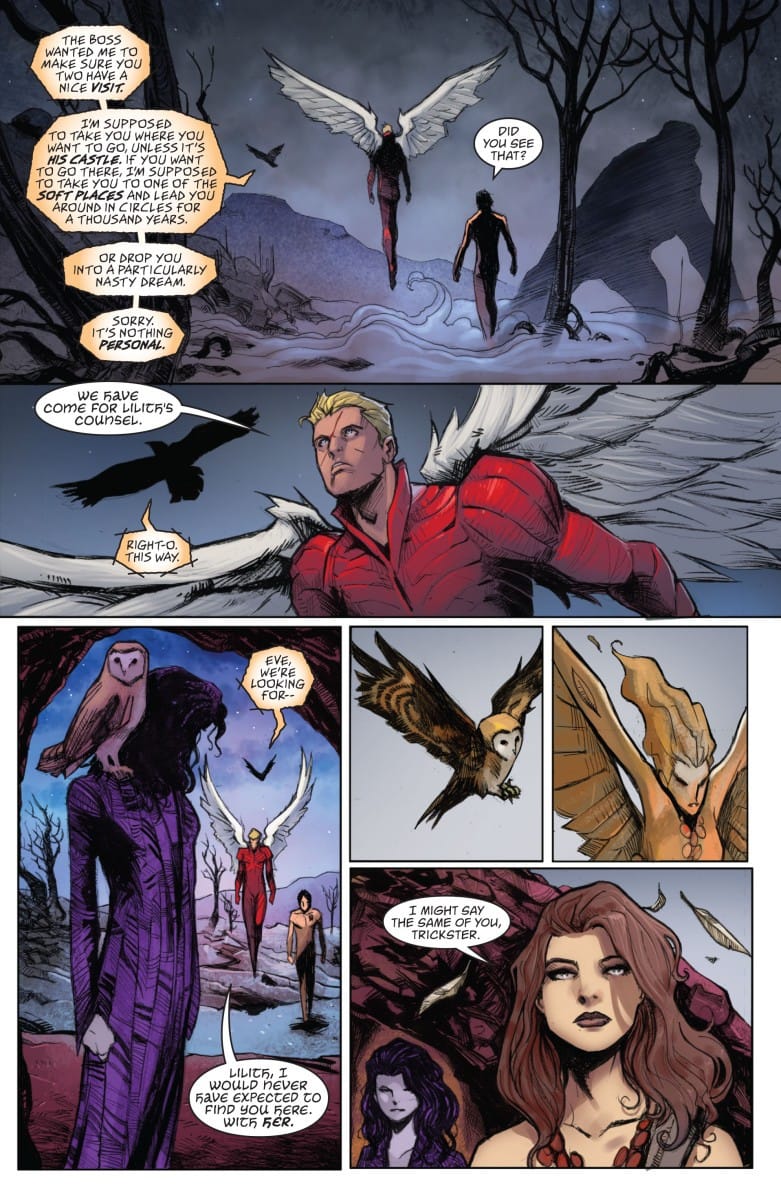 The strength of the series is still Lucifer himself and the interactions he has with his brother Gabriel. The twisted humor is as funny as ever. Holly Black does a wonderful job of creating unique and engrossing characters throughout the script. It really is a testament to her writing ability that she can tell three separate stories at once, making each character feel engaging and unique.

Regarding the artwork, this is the strongest issue yet. The setting of the dream world really allows the art team of Lee Garbett (pencils and ink) and Antonio Fabela (color) to really let loose. Particularly, Antonio’s color work is extraordinary in creating a stunning, dreamlike feel throughout the majority of the issue. The layouts in the Azazel story are also fantastic. The use of story elements such as Azazel eating sins as a way to border other parts of the page makes the entire tale flow in a very natural way.

READ: If you want to know more about the comic book Lucifer began in, check out our analysis of SANDMAN!

Overall, LUCIFER #3 spends a lot of time on setting up the remainder of the mystery of who killed God. This does make the story drag some, but the three separate narratives being told are strong enough to keep the story engaging throughout. While the story isn’t the best in the series, the art more than makes up for that, making this another good addition to the series.