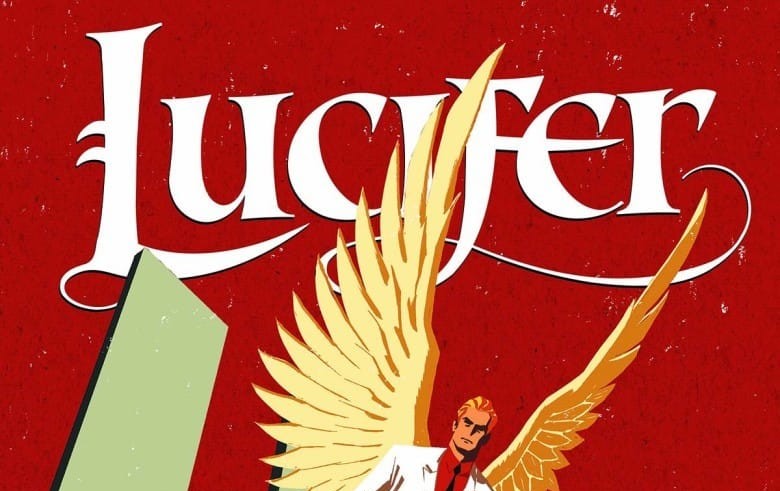 Lucifer and Gabriel continue their quest to discover who killed God and who attacked Lucifer. Using a piece of slick black metal pulled out of Lucifer’s abdomen as a clue, the two former Angels go to the one place where people who want God and the Devil dead are in abundance; Hell. Returning to the land he used to rule, Lucifer discovers everything has been taken over by the new queen of hell Mazikeen. Battling through her army, the two brothers are forced to go to a land neither of them has any power in to dig deeper into the mystery of who killed God. Meanwhile, the rest of the world begins to succumb to the evil that Lucifer has brought to Earth, a woman in Oklahoma finds a bottle of demons who manipulate her into violence and jealousy, evil is spreading, and the world is becoming darker while Lucifer and Gabriel try to find out who is behind it all.

READ: Behind on LUCIFER? Check out our review of the amazing first issue!

The one amazing thing that LUCIFER #2 does is make truly dark and violent situations funny. It seems twisted but watching Gabriel get skinned and burned alive actually turns into a very humorous moment between two brothers. The bizarrely funny brotherly love is one of the true highlights of the story. Scenes like Gabriel pulling shrapnel out of Lucifer’s side are highly entertaining in the way Gabriel picks on his brother. It does an amazing job of humanizing the two. They interact like two siblings who argue, fight, and pick on each other, but, who, at the end of the day, really do care for each other. 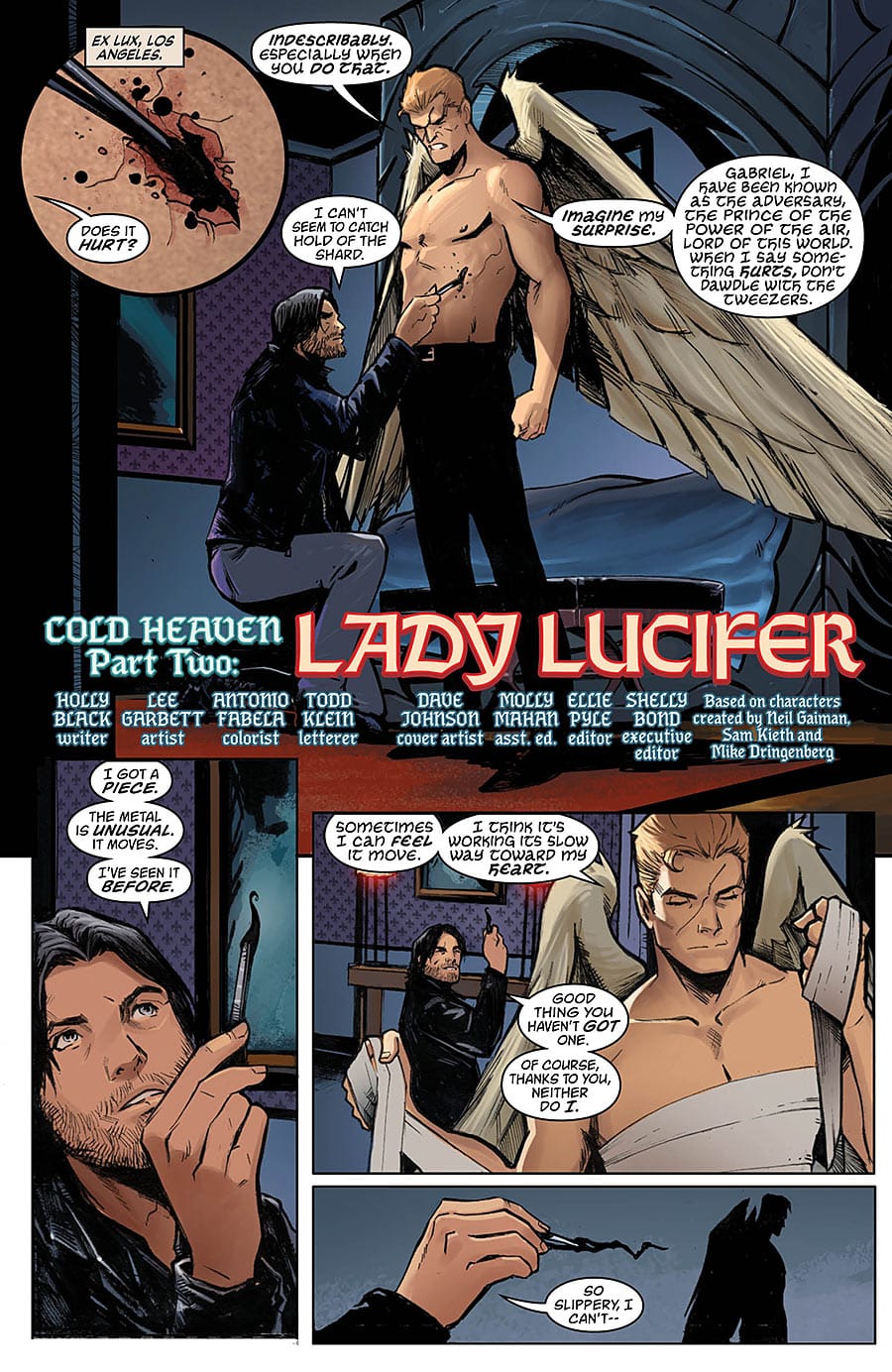 Once the duo reaches Hell, the story really begins to pick up in terms of action and excitement and doesn’t really slow down until the very last page. The minions of Mazikeen and Lucifer’s remaining followers do battle in well-paced actions scenes. Even here, the high point remains the dialogue and interactions between characters. Lucifer is just outrageously entertaining in his casual and cocky demeanor. Nothing ever overwhelms him. Instances like battling Hell’s demons does little more than bore him and leave room for him to make fun of everyone around him. Gabriel also really shines once the two enter Hell. The victim of not really being able to say no to the temptation of a woman, he finds himself skinned and burned alive. Being that he can’t really die in Hell, he spends the entire time just getting angrier and angrier at his brother for getting him into this mess. At this point, it’s almost redundant to say, but the two’s interactions are fantastic in this scene as well.

However, the subplot with the woman in Oklahoma doesn’t have the impact the rest of the story. It does an excellent job of establishing how a person can be turned by the demons in the world, but it does go on a bit too long. It’s almost disheartening because this subplot takes away from the very entertaining main story. There is also a subplot with a young man name Lorin who says he needs to leave, but he isn’t sure why. It’s only one page, but it doesn’t build who this character is and feels as if it could have been left out altogether. 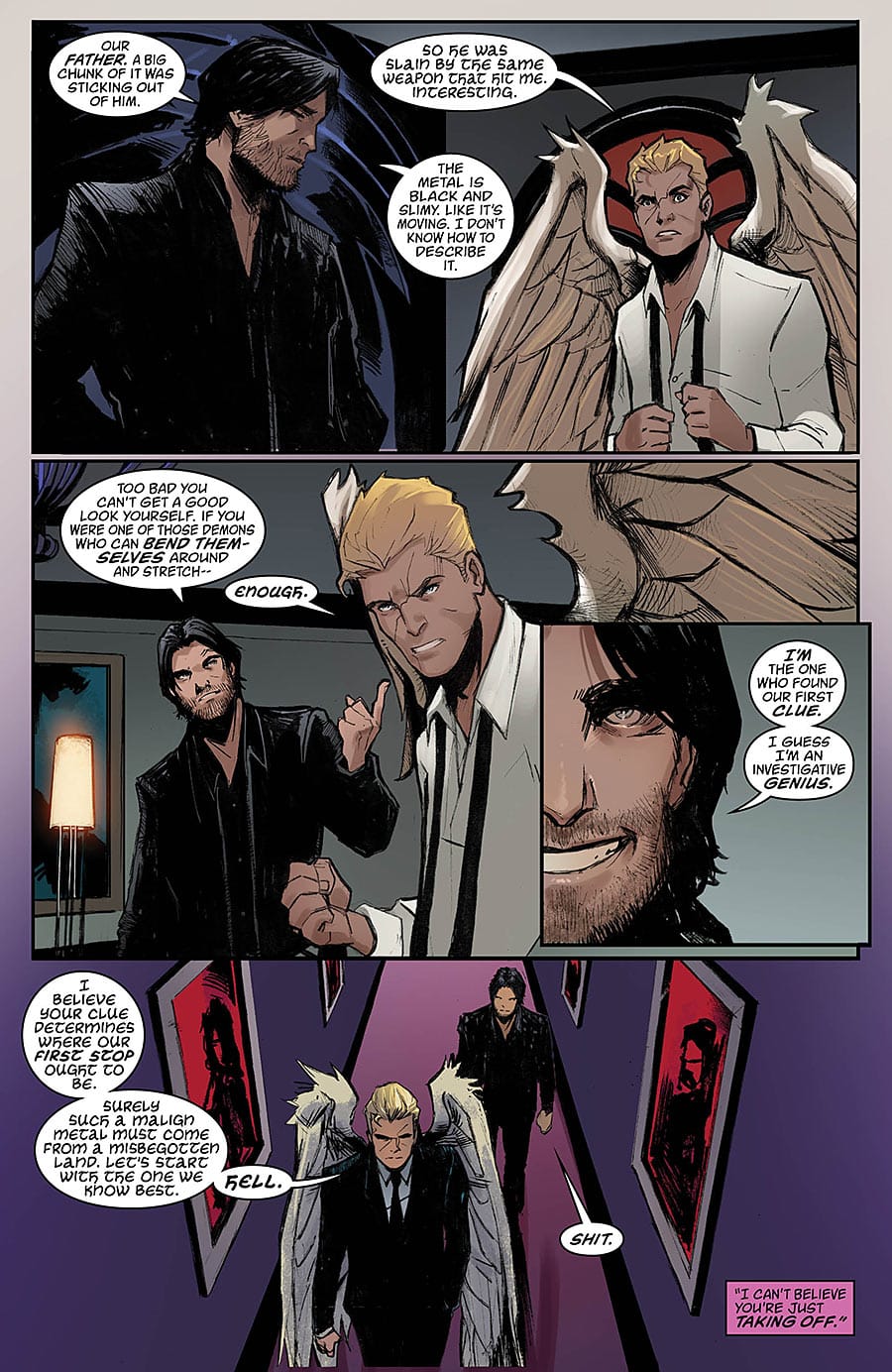 The artwork is also extremely strong throughout the entirety of the issue. The battle scenes look particularly impressive and impactful, and all of the creatures in hell are grotesque and very well designed. Each has a unique look, which makes each character feel like a real individual and helps bring the world to life. Enhancing the strong writing, The facial expressions of the characters are all perfect and add a strong sense of personality to each character.

LUCIFER #2 continues to build off of the first issue’s phenomenal start. The story continues to be immensely entertaining, and Lucifer and Gabriel really come into their own here. These interactions make this a great comic in its own right. The subplots do disrupt the overall pacing and flow of the story a bit but not enough to ruin the narrative as a whole. LUCIFER is slowly building into one of the most entertaining series coming out of Vertigo. After the second issue, the future looks very bright for this series.