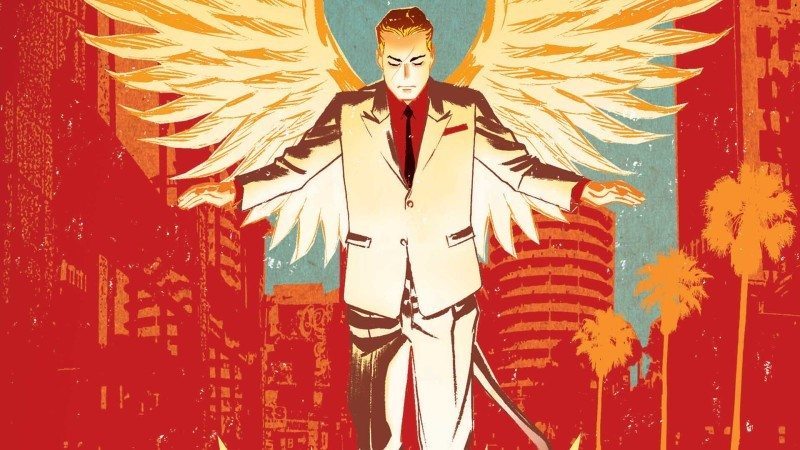 Lucifer drops back down to Earth wounded and exhausted. It is not long before his troubles grow as he discovers God, his father, dead. Confronted by his brother Gabriel, Lucifer agrees to look for who killed God because, he believes, only he can kill his father.

LUCIFER #1 is an incredibly interesting twist on religious ideology. The entire story is shrouded in mystery. Lucifer returns to Earth injured, but it is never revealed who actually was able to hurt the Devil. The former angel, Gabriel, has been stripped of his wings and is now drinking his way through his mortality. Aside from the question of why Gabriel has lost his wings, is the ever present mystery of how God died. Within the comic, each mystery is given a large amount of time to be flushed out, which gives each one a proper sense of importance. 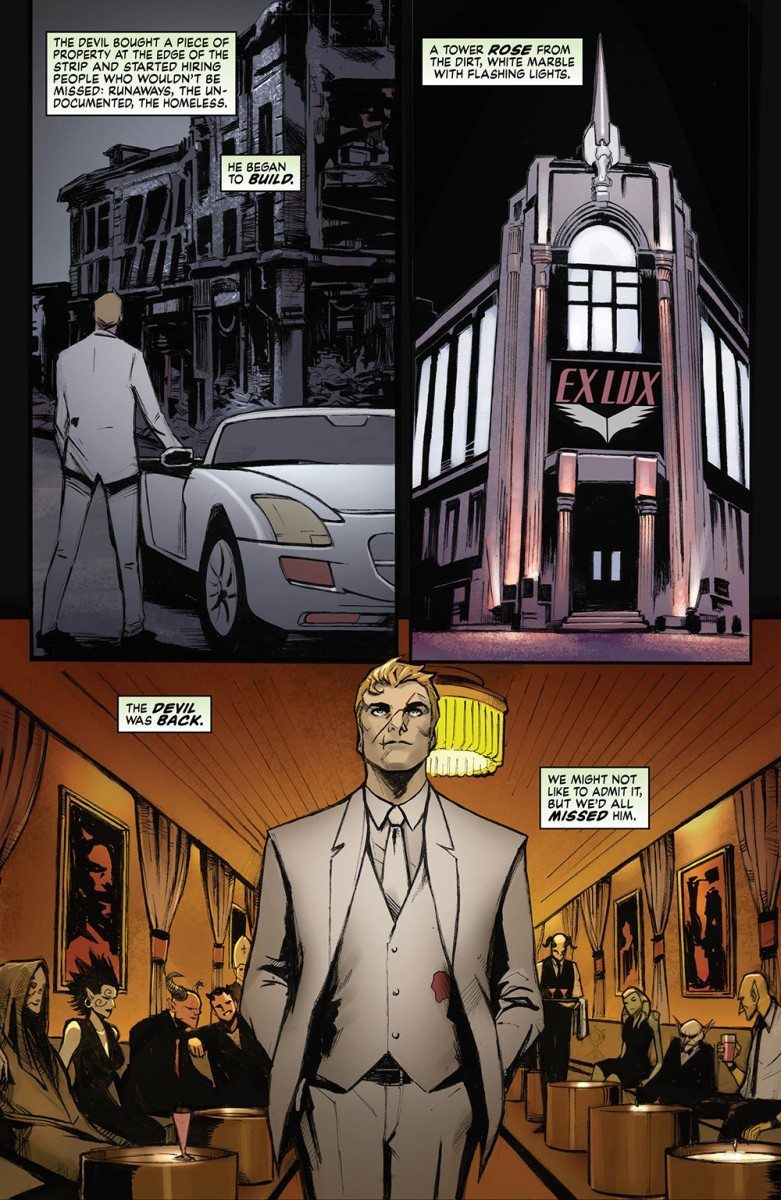 Of course, if the characters are not interesting, then the mystery behind them would lose a lot of its impact. Luckily, Gabriel and Lucifer are very entertaining. Lucifer is a particular highlight. One danger of having the Devil as the star of a story is that it could be very easy to have no sympathy for them. Here, with his father dead, there is a sick sense of twisted sympathy. But, being the Devil, there is always something that keeps you from fully rooting for the personification of evil, like him wanting his dad back so he can kill him. This creates an excellent balance between making Lucifer likable and also keeping the fact he is the Devil ever present.

READ: Need to familiarize yourself with the world of Lucifer? Check out our analysis of Neil Gaiman’s SANDMAN!

Conversely, Gabriel comes across as the exact opposite of Lucifer. He is not charming. Honestly, he’s a jerk. It’s hard to root for him because of how he acts but, again, there is a great sense of sympathy created as his father has died as well. It is a great dynamic where the Devil is much easier to connect with and root for, and a testament to how well the story is done. When the two interact, it becomes even clearer that the narrative has a perfect grasp of who it wants these two characters to be. 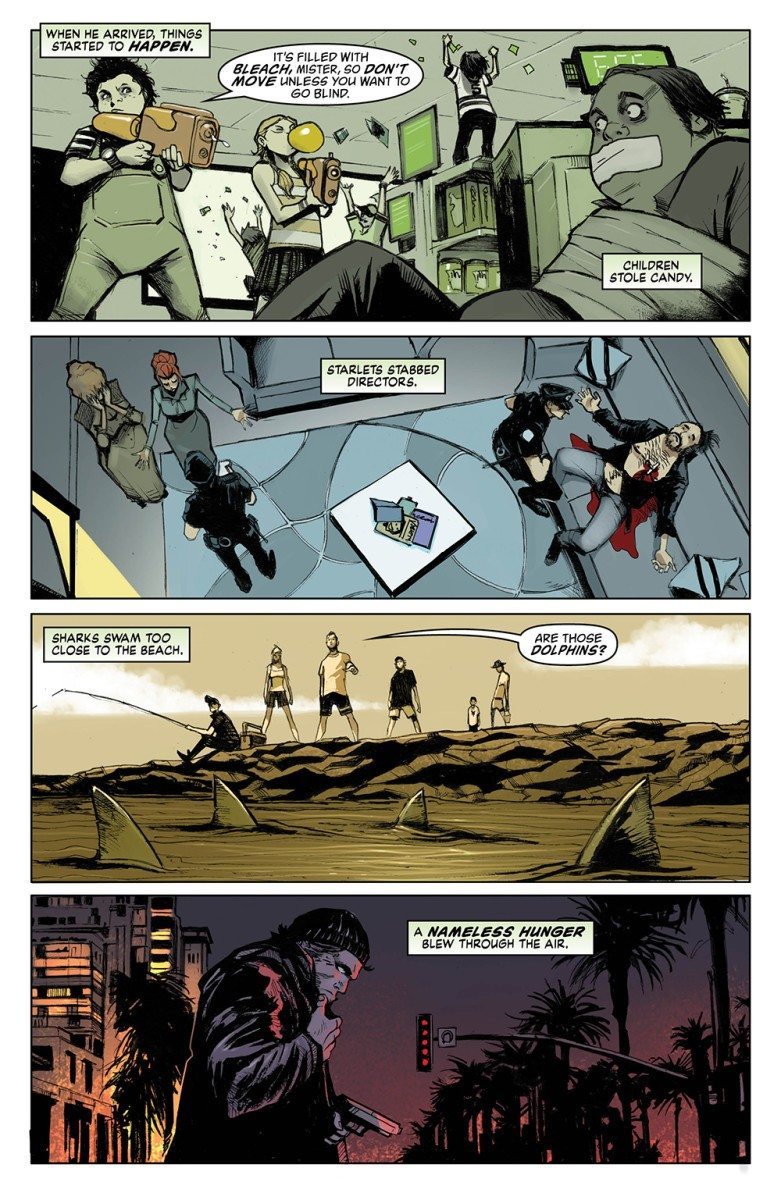 The artwork is extremely strong throughout. The most impressive part being the facial expressions, which add an extra layer of depth to these characters through their mannerisms. The various creatures that inhabit the world are also visually interesting and the environments of Heaven and Hell look equally impressive. Hell, in particular, is a delight because the art and writing actually make eternal torture funny in a sick way.

Overall, this is a fantastic comic book. The concepts the story is built on are incredibly thought provoking and as the mysteries of the world play out, the story only gets better. That, coupled with the fantastic characters, makes this an absolute must read.