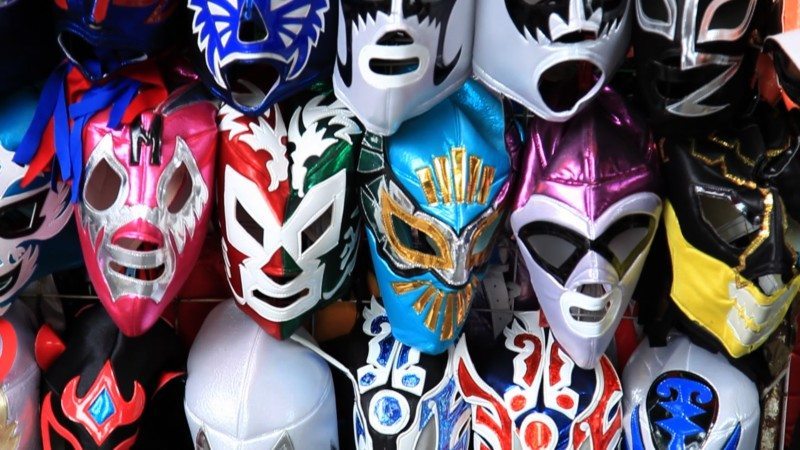 There’s a moment in the latter half of Ian Markiewicz and Alex Hammond’s new documentary LUCHA MEXICO that finds the film’s central character, José Luis “Shocker” Jair Soria, recovering his wits on the outside of the ring at a local carnival. It’s one of a series of fairs that Shocker works, and he’s the star of the show—indeed, one of the great stars of his generation of Mexican wrestlers. As he gathers himself to reenter the fray, a young fan approaches and asks for an autograph. He turns, checks the action again, and then scribbles his name for the kid.

READ: Don’t miss our review of the new GHOSTBUSTERS reboot!

If you had to guess what happens in LUCHA MEXICO, you probably could. Colorful action, yes, and the dark side of wrestling that has come to feel downright familiar over the last two decades. Those can sometimes feel like the two “realities” of professional wrestling. At one end of the spectrum, there’s the grand spectacle of it all, which can feel particularly characteristic of lucha libre. At the other end, there’s the devastation that even a “scripted” combat sport can wreak on bodies and lives.

It’s in the small moments somewhere between those extremes, though, that this film succeeds most, telling this story with seemingly genuine care and an attention to detail that allows it to shed new light on a world that’s televised to the masses multiple times a week. Shocker is at the center of many of those moments—showing off his closet of entrance capes, picking through old memorabilia at his parents’ house, heading to Sam’s Club for groceries for his restaurant—but Markiewicz and Hammond populate their film with vignettes that challenge the two extremes of pro wrestling. 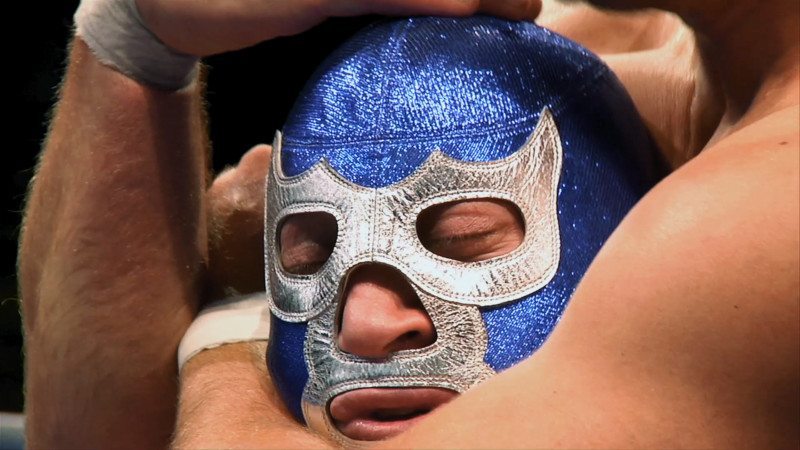 Setting out to examine the world of Mexican pro wrestling, LUCHA MEXICO ventures into treacherously familiar territory even as its focus is semi-exotic to American audiences. It’s not because lucha has been the subject of a particularly large number of documentaries. Rather, so much about professional wrestling feels inevitable for a movie: the energy, the showmanship, the color, and particularly the tragedy.

LUCHA MEXICO hits all those notes well. The film follows a host of characters, including Shocker, Blue Demon Jr. (the son of one of Mexico’s true greats and a star in his own right), and Pedro Aguayo Ramirez (El Hijo del Perro Aguayo, with similar talent and heritage). It features the hallmarks of Mexican wrestling—colorful masks and high-flying action—but it also captures the sheer elation of the crowd at a very personal level, using the intimacy of documentary angles to show emotion that can feel manufactured on the typical episode of Monday Night Raw.

But this film isn’t just a celebration of the sport. It couldn’t be, given the dark territory that has already been mapped out by popular films BEYOND THE MAT and THE WRESTLER, incomplete though they films may have been. For the general public, it’s things like Mickey Rourke’s Randy “The Ram” Robinson picking thumbtacks out of his back and working a deli counter that feel inescapably real. And, of course, it was BEYOND THE MAT that brought the perils of pro wrestling into sharper focus for fans of the sport back in 1999.

Midway through LUCHA MEXICO, I had a distinct thought that this film might completely hurdle the pain and death that those films highlighted. At times, this film can feel at once celebratory and mundane, meandering from town to town and wrestler to wrestler. Shocker comes across as just a fine human being throughout, though it’s not always clear why we’re with him or where we’re going. Atmosphere trumps substance at times, but the film remains largely engaging and—particularly in its first half—optimistic.

Tragedy, of course, awaits. Maybe it’s only the most cynical viewer that would expect these stories—summary: a pro wrestler dies—to be cliché. The film’s intimacy, though, allows it to tell these stories delicately, introducing its stars not as caricatures but as people pursuing their passion. 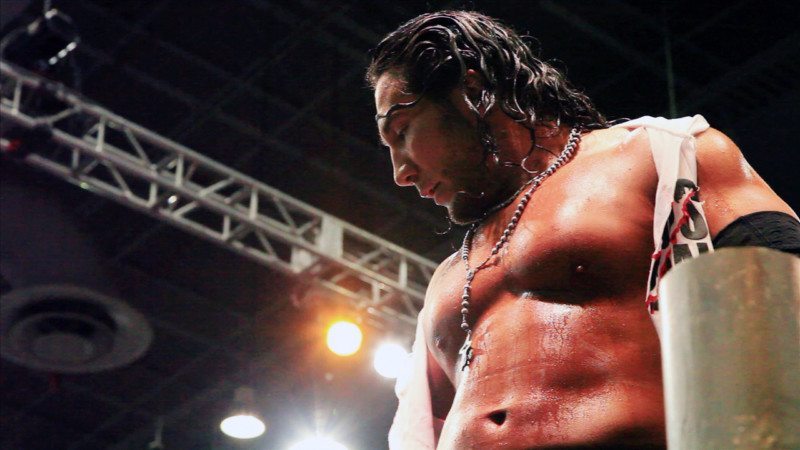 It’s in the moments of introspection and self-awareness—the material that falls somewhere between the outlandish combat of lucha libre and the tragedy that befalls so many in the business—that LUCHA MEXICO works best. The story of El Hijo del Perro Aguayo is the one that feels like it will stick with viewers most, in large part because of how it ends. But this telling of the story, brief as it is, works because of its grounding in humanity rather than in spectacle. Ramirez comes across first as a human being and second as a professional wrestler, a hierarchy of identity that LUCHA MEXICO successfully maintains for each of its focal characters.

This film isn’t an exposé, nor was it meant to be. It’s an ode, and an intimate and rich one at that.