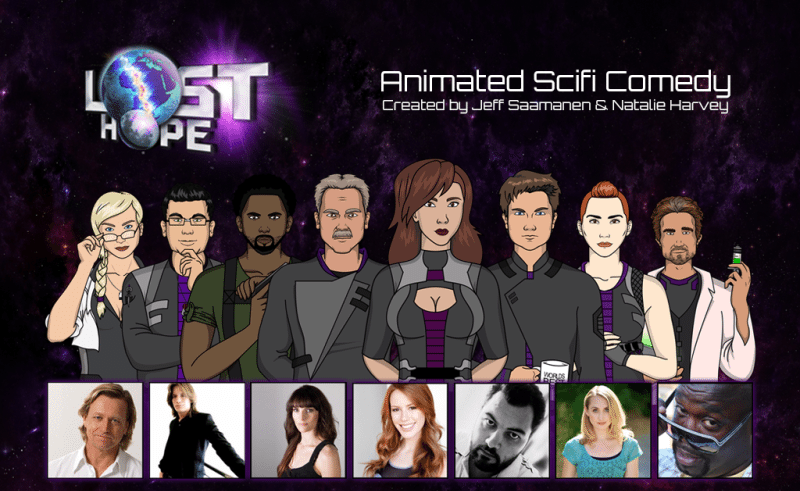 Animation is no small task, and that’s why this small studio out of Victoria, BC, Canada is making a mark. Jeff Saamanen and Natalie Harvey have been together for over 15 years, creating everything from board games, a live action pilot called 4 VILLAINS, a mini web series called HENCH’D20, and even a 62-page graphic novel, WORLDS BEYOND THE GRAVE: THE STORY OF FATE.

Now the two of them have set their sights on their 10-year goal and are making it a reality faster than they could have imagined!

With their first animated series, LOST HOPE, launching a Kickstarter this January, Jeff & Natalie decided to give us a little inside glimpse into their world of breathing life into images!

First off, some info on LOST HOPE. In the words of director Jeff Saamanen:

“Lost hope is set to be a Scifi Animated Series the likes of STAR WARS smashed with ARCHER on FX. We aim to take everything we love about sci fi and space, and slap the comedic stylings, sarcastic overtones and witty banter of archer on to it, to bring a new saga to life.”

They work as a team, each filling roles the other cannot. Jeff is the writer, producer, and director, while Natalie is not only the lead artist but also the art director, navigating the visual style of the show. Both of them wear many hats, and as with any animated feature or series, it takes a lot of time and effort to create.

Over the last two years, they have managed to set up shop and build a small team of people dedicated to making LOST HOPE a reality. This has included building out full 3d scenes, the 2d character rigs, and acquiring the tech and software to breathe life into their creations.

READ: If you’re a fan of space adventures, you’ll love our review of STAR WARS: THE FORCE AWAKENS!

They use an animation suite made out of Montreal Canada called Toon Boom Harmony, which allows them to combine 3d sets and props with their 2d characters all in one animation environment. This crossover has allowed them to build up all the assets required to make their 4-part pilot with a lean team. Natalie has even uploaded a few Speed Art videos to their Youtube Channel here!

“Technology has brought us to a new point in animation,” says Jeff, “where smaller and smaller teams can create more breathtaking experiences. I think the same can be said about the video game industry as well; the better our tools become the more we can do with less!” 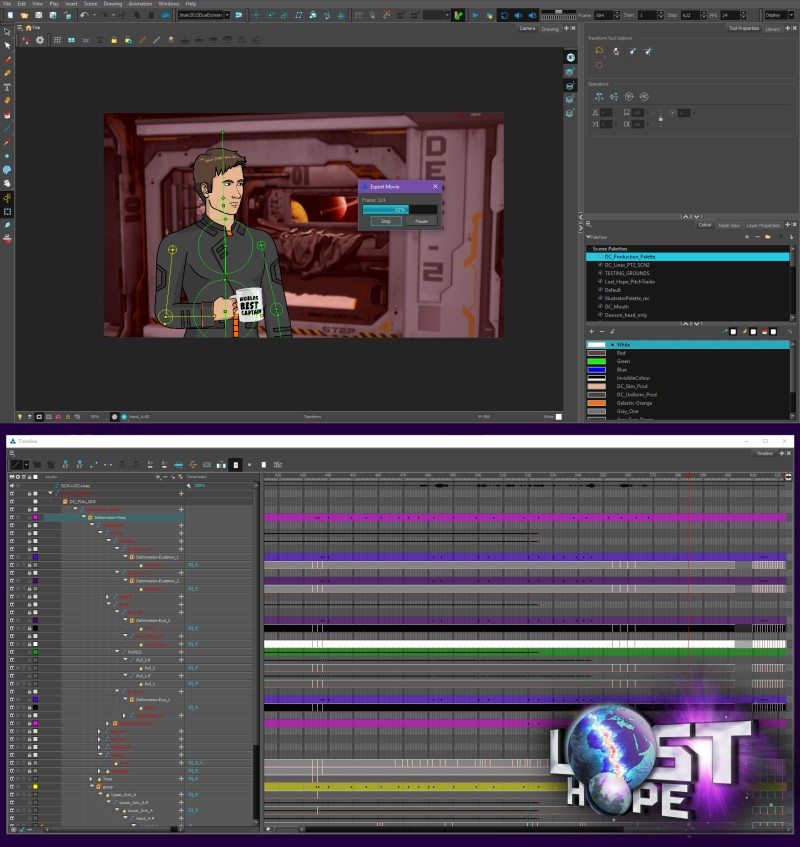 Considering how far the two of them have come on their own, it’s no surprise they are attracting names like Michael Hurst of ASH VS. THE EVIL DEAD, HERCULES, and XENA fame; Marisha Ray from Critical Role on GEEK & SUNDRY and SUPER POWER BEAT DOWN, and Vince Caso from Felicia Day’s hit webseries THE GUILD.

So if you want to help them out you can join their online flash mob by pledging a simple tweet or facebook message to help them get made! Support here! And be sure to watch for their Kickstarter in January, 2016.

CLICK: For more animated comedy, check out MOONBEAM CITY!  Here’s what they had to show off at NYCC 2015!