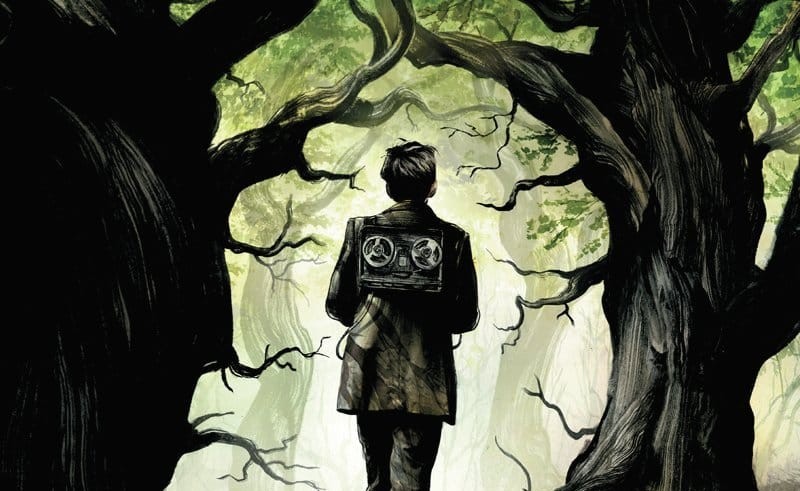 Okay, I’ll admit it: I chose this graphic novel for its cover. It’s gorgeous. I mean, look at how beautifully haunting it is. When I first saw it, it took my breath away, and I knew that I had to read it. I’m really glad I did. Not only was the art absolutely fantastic, but the story kept me interested throughout the entire 192 pages.

READ: Like reading about heroes defeating evil? Learn a little something about Batman you may not have known before!

I can best describe THE LOST BOY by Greg Ruth as a combination of OVER THE GARDEN WALL and CORALINE. It’s strange, unique, and well-written, albeit containing some confusing narration. The story revolves around Nate, a pre-teen who recently moved to a strange house in an even stranger town. Under the floorboards of his room he finds a 60s tape recorder belonging to a boy named Walt who, coincidentally enough, disappeared 50 years ago. Strange things happened back in the 1960s, and strange things begin to happen to Nate. Nate and Walt’s stories intertwine, and both boys end up getting more than they bargained for. Meanwhile, evil forces seek a missing key with the power to threaten the human world, causing Nate and the forces of good to protect humanity. 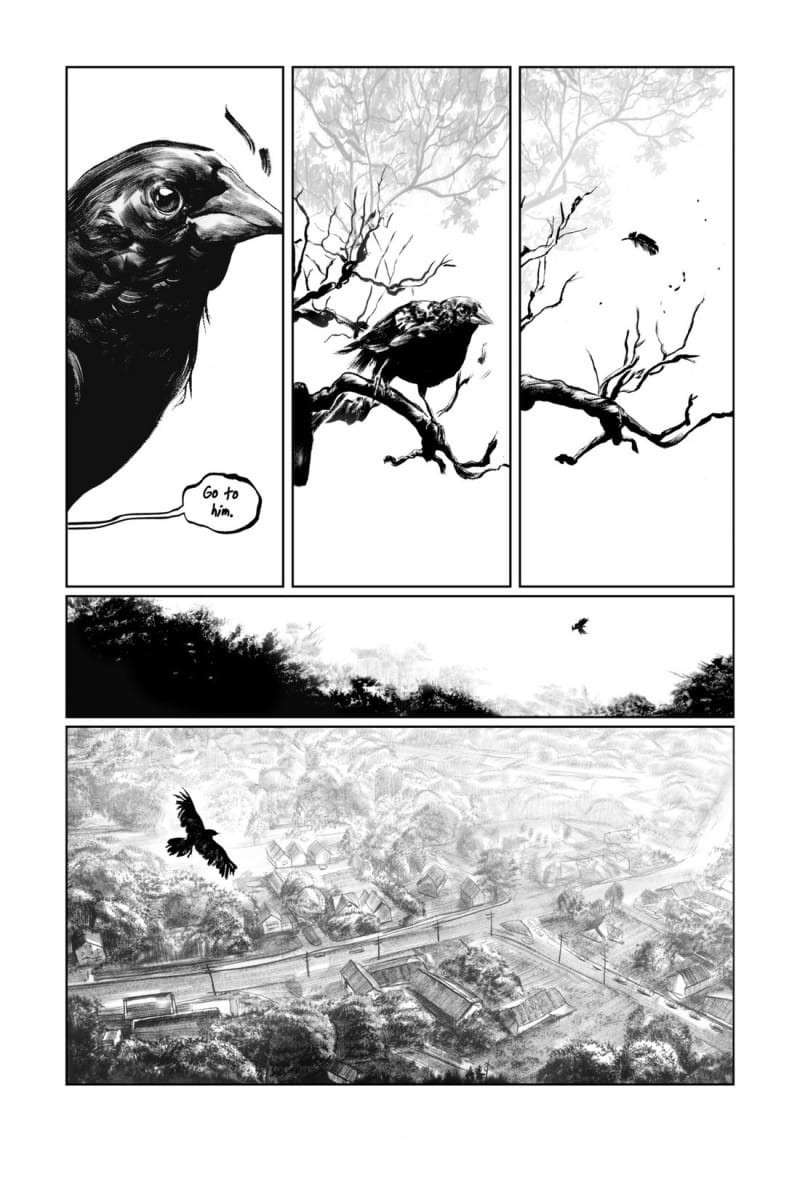 I liked this graphic novel for a few reasons. My genre of choice is fantasy, and THE LOST BOY is certainly that. The woods outside of Nate’s town contain legendary creatures unknown to most humans, and while some are helpful, others are evil. Even though the whole “young-boy-discovers-the-powers-within-him-and-uses-them-to-join-the-good-team-and-save-the-world” thing is overdone within the fantasy and sci-fi community, I thought that this story had enough other elements to balance that out. For one, Nate becomes best friends with a girl named Tabitha who ends up being more important to the plot than he is. She’s smart, strong, brave, and probably the most compelling character in the novel. Positive representation of women? Check.

Another thing that I really enjoyed was the lack of romantic involvement between Tabitha and Nate. They are nothing more than best friends, and while that makes sense considering how young they are, it was almost surprising to me. A lot of media likes to create heteronormative relationships between their characters, even when it doesn’t make sense. I really liked how there wasn’t even a hint of romance between the two main characters, leaving everything up to the imagination. I much prefer this over the unnecessary romance often found in comic books, and I found it very refreshing. 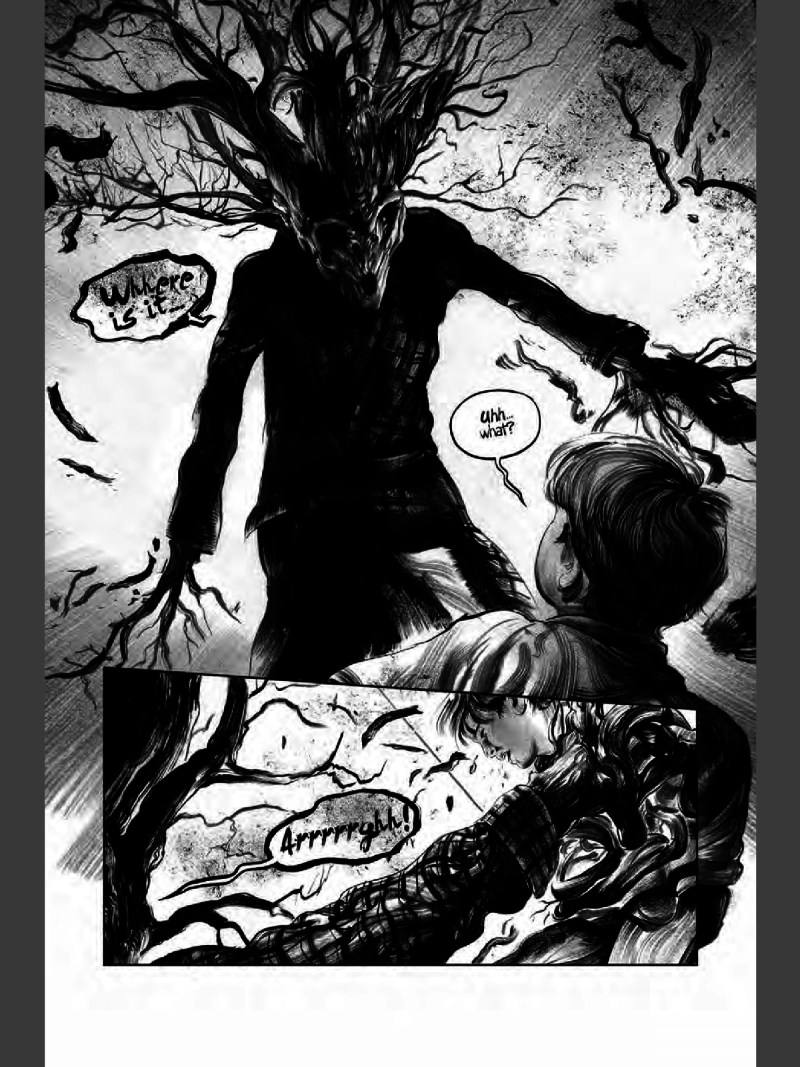 As much as I wish I could give a perfect review to everything I read, there were a couple things I really didn’t like about THE LOST BOY. For one, there were a lot of unexplained and poorly explained plot points. It felt almost like the reader was supposed to infer a ton of important elements, yet the author didn’t provide enough information to do so. I found myself re-reading a lot of the pages I’d already read in order to try and fill in the blanks. One major issue was that Nate’s story is drawn on black pages while Walt’s story is drawn

One major issue was that Nate’s story is drawn on black pages while Walt’s story is drawn on white pages, and until I understood that I was very confused. Both boys look similar enough that it was hard to tell the difference, so I thought that Walt was Nate for a minute. However, once I understood the way they were drawn, I found the different-colored pages to be a really nice addition and a help towards differentiating the two boys’ stories.

Overall, I was pleasantly surprised with THE LOST BOY. I thought the ending was a bit cheesy, but if you’re a fan of happy endings, this is for you. I found the last couple pages to be too cookie-cutter; everybody is happy and redeemed. I am a fan of surprising plot-twists, and THE LOST BOY was simply too predictable. Though I think it can be thoroughly enjoyed by all ages, I would recommend this graphic novel for high schoolers. That being said, the art itself is enough to make THE LOST BOY worth reading, and the plot easily held my attention all the way through. I’m glad that I found THE LOST BOY.

LISTEN: Do you like strong female characters? How about X-Men’s Storm?