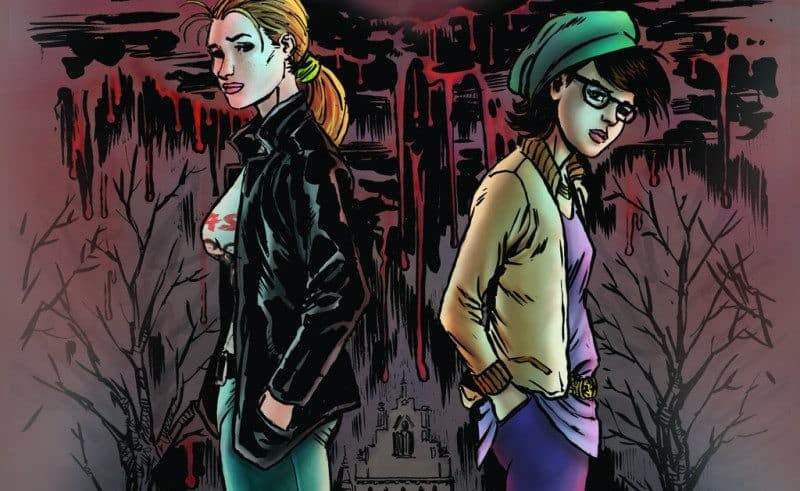 A few months ago, we had the opportunity to interview Glenn Matchett, author of the British detective series, “Living With Death.” With news of more action in the storyline, “Murder at Oxford,” we at ComicsVerse spoke with Glenn again about the developments of his series…

What are some of the challenges you’ve had to face that have delayed the development of the LWD story?

The main issue as with most things in life boiled down to finances. I had tried to make “Living With Death” previously with artists on a back end arrangement which didn’t go in my favour. By the time I realized this wasn’t going to work I had invested the majority of my savings in a comic that will sadly never see the light of day. The joys of small press comics and all that. When I found a new artist in Antonio, I sought a way to bring the comic back to life that a lot of my friends had found success in through Kickstarter.

How has it been working with a new artist?

Antonio does what he says and he does it very well. I think he’s a great artist who should be working on a book everyone should be reading. I’m very lucky to have his art on the book. He’s paid a lot of attention to the specifics of the script. There are specific angles and small things that were largely looked over in the original issue. Thankfully Antonio has done exactly what I want and done it very well.

What can we look forward to in the upcoming issues in the series?

A lot of surprises in regards to the characters I think. The issue is called ‘first impressions’ for more reason than one. A lot of people enjoyed the first issue back in the day but came up with some interesting perspectives on the characters they’ll begin to question right away in issue 2. Largely, the “Murder At Oxford” storyline is about the two leads discovering what makes the other tick and the readers following them on that journey.

What is it that draws someone to your book?

You know, I think it’s people who want to read a story about characters I hope they find interesting. There’s no great superhero battles to keep the reader gripped, I have to be smarter about it. I think people that like really character driven stories like a lot of other small press books are doing will enjoy it. 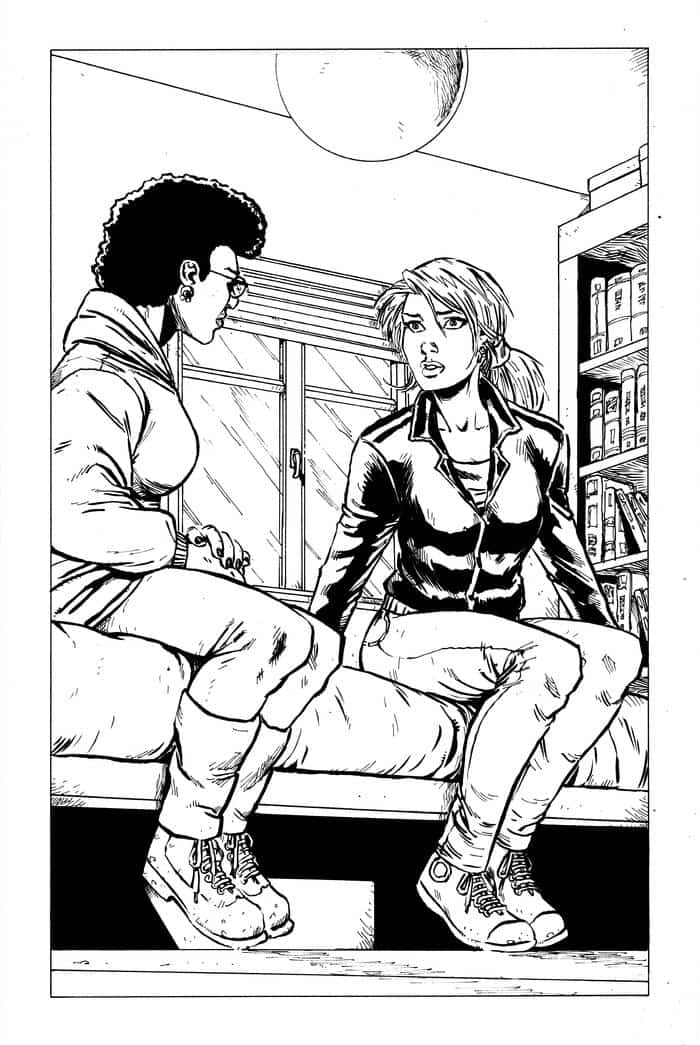 How can our fans help make LWD a living book for all to enjoy?

If they can, please support the Kickstarter. If they can’t and they like what they see, they can share the link. The more people are aware of the project and the potential I feel it has then the more likely

Has the idea changed or evolved at all during the hiatus?

Absolutely. While it’s been on hiatus, I’ve created a time line the series will follow over its 10 arcs that looks like the ravings of a mad man. I’ve changed my mind on a few things and begun weaving new subplots to introduce at certain points. I have a lot of notes on the storylines that will follow ‘Murder At Oxford’ which I’m really hoping to get to as soon as I can. I think a lot of people are going to love what I have in store for them.

Who is your target audience in LWD?

Target audiances are a tricky thing I feel. I know you gets shows like ‘Sex and the City’ that are obviously geared towards women but I’m sure that there is a certain amount of men that like it too. I want to write stories that I think a lot of different people can enjoy. I don’t like really pigeon holing comics by saying ‘oh, this is for this person and that is for that person’ because who can really say? I enjoyed a lot of things in my youth that were probably not suitable for me to enjoy (watching the end scene of Batman Returns when I was like 6 likely explains a lot of things about me) but I wouldn’t be who I am without them. The target audience for Living With Death is people that enjoy Living With Death. 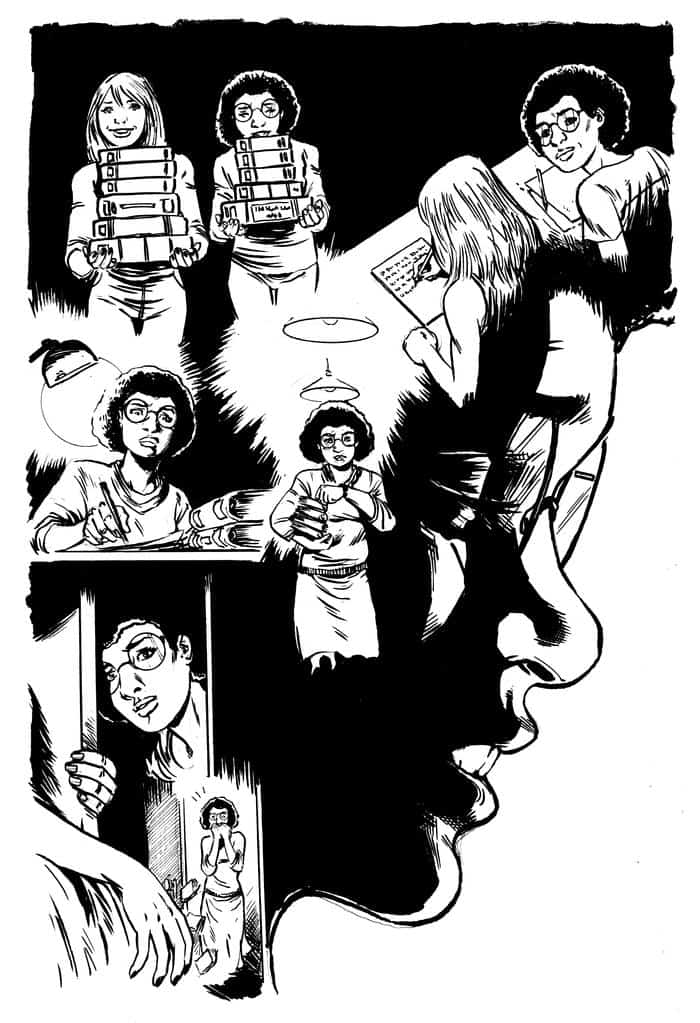 Have you been working on any other projects during the hiatus?

I like to keep busy so I’ve got a few things cooking. After the Kickstarter finishes and I set Antonio to work, I’ll focus my attention on the Sparks follow up. Those that read the first Sparks were left with one question at the end and the follow up ‘Sparks: The Way I Was’ (there’s a little exclusive for you) will answer that question while creating a couple more. I’ve also got a few short stories coming out with a few publishers I’m hoping see print soon. I’m very excited to have also completed the script for ‘The Immortals’ which is a concept that is as old as Sparks is. I just need to find an artist for that one. I’ve also come up with an idea for a new one shot where emotions are only available for sale and I’m actively working on developing a 12 issue sci-fi maxi series I call ‘Sunset’ and a ghost story short series. I have a lot of ideas swirling around, it’s just finding the money to do them all! I also got this crazy idea of one day wanting to adapt ‘Charlie and the Chocolate Factory’ into a comic but I’ll probably have to wait until I have more influence in the world than what I eat for dinner on that one.

How would you describe Living With Death in only five words?

Tomorrow is promised to noone.