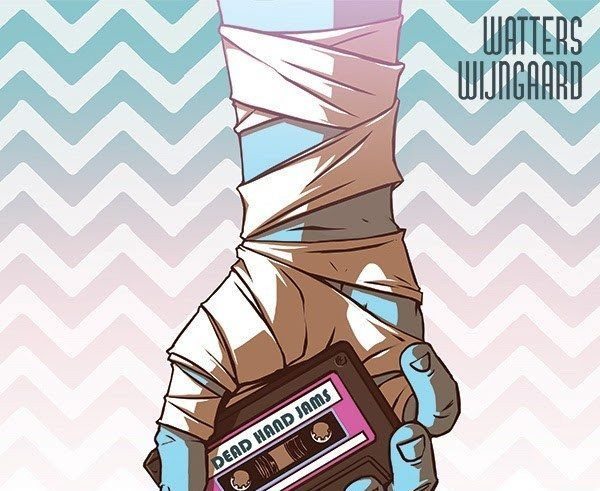 All of the above, actually. Image Comics never ceases to amaze in bringing fresh, new faces like Caspar Wijngaard and Dan Watters into the mix with the release of the first issue of LIMBO.

Immediately evident is that the narration is reminiscent of the hard-boiled Private Investigator archetype that we all know and love from LA Noir stories of Raymond Chandler fame. While we typically associate a stark, inky monochrome with the genre, new artist Caspar Wijngaard takes his clean and precise lines and adds that Noir-styled grit to the story while making some interesting neon and futuristic color palettes. Adapting and individualizing a style from old classics is something that really appeals to me, and it’s done to beautiful effect here.

Mr. Clay, our PI protagonist and narrator, reminds of Detective Fell from Warren Ellis’ series, Fell, as well as a hint of Clint Barton of Hawkeye fame, in his “everyman” essence and straight-forwardness. While some may find this a bit contrived or overdone, it feels as though one can pass through the strong elements of the story as we read with Mr. Clay as the readers’ conduit. As is typical in Noir books and films of this sort, the character serves as our stoic guide. The fact that I’m a sucker for a good mystery or crime story aside, Dan Watters wastes no time in catching Mr. Clay in a possible conflict at a sleazy dive bar.

READ: Need something new and weird in your life? Check out ODY-C!

Where Noir narrations can tend to drag, LIMBO succeeds in inviting the reader into the mysterious atmosphere of the fictional Dedande City where Lizard on a Stick is a delicacy of Mr. Clay’s, and the locals are called Fishmen. Needless to say, the story’s introduction progresses with a mysterious phone call and a bar fight, showing the sardonic and hardened personality of Mr. Clay. 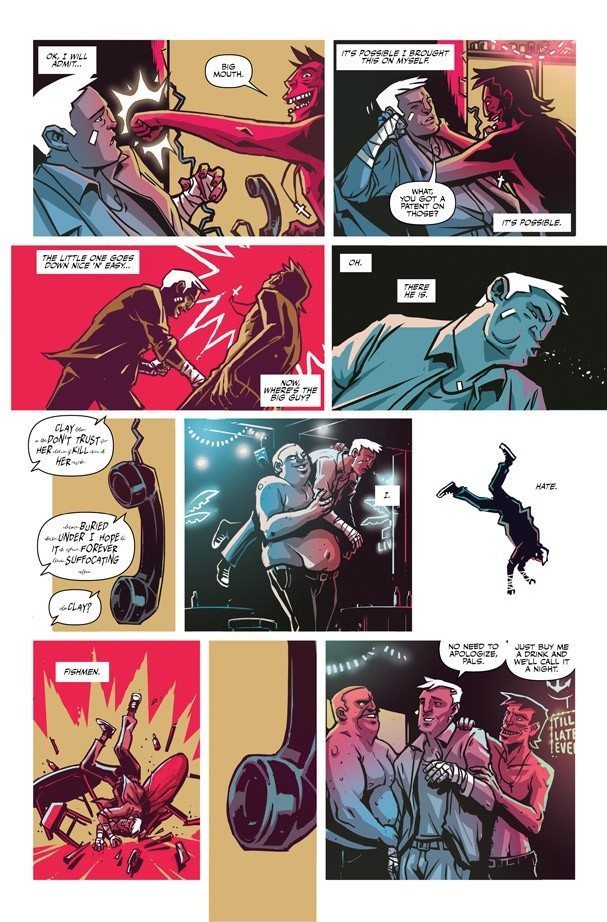 As we’re exposed to Dedande City, it’s clear that all of the strange idiosyncrasies are supposed to give the city an otherworldly feel. Perhaps not in the most overt sense, but in a way that makes it a universe that could exist parallel to ours. Clay’s admission that he only has nine months worth of memory waking in Dedande City adds to the mystery and willingness to uncover truths that is necessary in all Noir narratives. As we see the strange goings-on of Los Dias de Meurtos-themed night life, tentacle monsters, and cannibalistic “Fishmen”, I can’t help but wonder if the title LIMBO is a bit more technical than figurative. 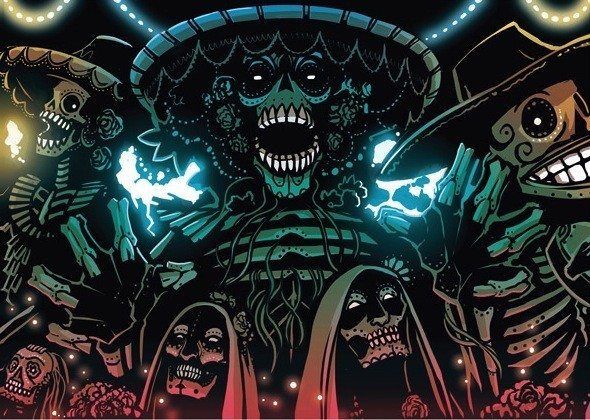 But then, things get weirder.

LISTEN: Haven’t checked out one of our famous X-Men Podcasts? Listen to what we have to say about EMMA FROST!

True to the classic narrative of Noir, Dan Watters reveals mystery after mystery as we begin to piece together what we know of Dedande City and Mr. Clay’s life. We meet his friend, roommate, and savior, Sandy, in the middle of a jazzy, R&B funk-styled dance partnered by the mysterious movement of the audio cassette tape film (be still my retro, nostalgic heart). Turns out Sandy’s dance is her means of communicating with the Loa, spirits of Louisiana Voodoo (don’t worry, I had to look it up, as well). Clay expresses his incredulity, but claims to have seen it work as he takes on another job from a classic femme fatale, Bridgette, a club singer working for a drug lord called the Thumb at the Silbato Blanco and has seen too much. Ah, can’t beat the classic story lines. Only what Bridgette saw involved a Native American dancing to whistling, a disappearing goat, and a very static-ridden TV. 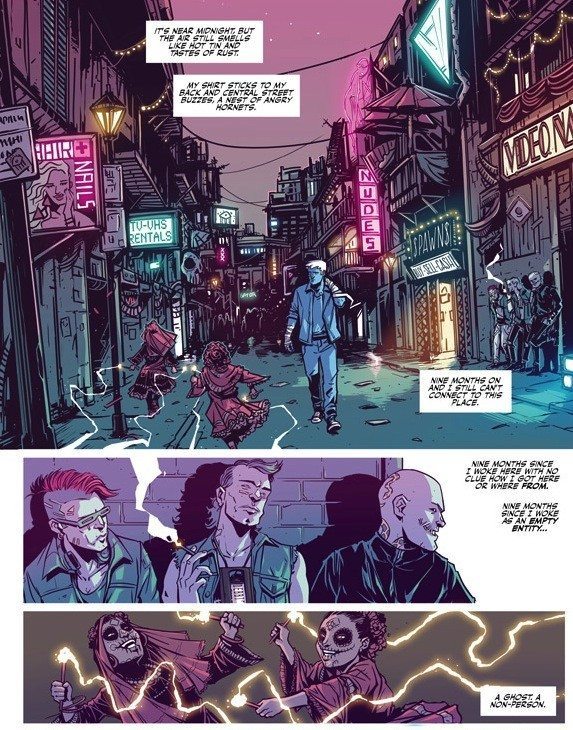 The wrestling mask donning drug lord, classic amnesic PI, and club-crooning femme fatale aside, this story’s got a lot of explaining to do. While we feel comfort in old ideals and story lines, as well as experience the thrill of something surrealistic and counterculture, LIMBO manages to simplify these two extremes and meld them together nicely. This only underlines how important Caspar Wijngaard’s art is.

READ: LIMBO’S not all that’s new around here! Check out X-23 take on ALL-NEW WOLVERINE!

Similarly to Frank Miller’s art style in severe black ink for his work on popular titles such as, Sin City, Caspar Wijngaard has a precision and a clarity to his art that can also be found in his color work; he wields color in a way I don’t believe I’ve seen before. A Noir story with subtle but effective color gradations within those clean lines? There is a well thought out process of combining Dan Watters’ crime story with funk and disco elements with neon color gradations that remind me of saturation bars on photo alterations, with the symbolism of the static and life in the audial and visual. At one point, the static hum of a TV is described as “organic.” There is a subtle juxtaposition between the natural (Louisiana Voodoo, Life and Death festival, Fishmen in boats) versus the technological (static TV, dancing audio tape film, on-camera evidence). The ideologies of both collide and intermingle in a way that’s indistinguishable yet in the first issue. But when I picked up what I thought was a Noir story, I got something else entirely. I’m ready to hear and feel those Dead Hand Jams!