The casting for Netflix’s IRON FIST has been a fiasco for Asian-American comic fans. Finn Jones as Danny Rand was a slap in the face. Still, it was not a surprise. Less surprising was when Lewis Tan announced that he almost had the part, but was denied. Check out his interview where he talks about auditioning for the part. Instead, he was cast as a villain, Zhou Cheng, that appears in only one episode. Lewis Tan would have made an incredible Iron Fist. He has practiced martial arts for 15 years, which made his movements in the show seem intentional and clean compared to Finn Jones. Critics agree: Lewis Tan was charismatic, exciting, and starred in the highlight fight of the whole show. 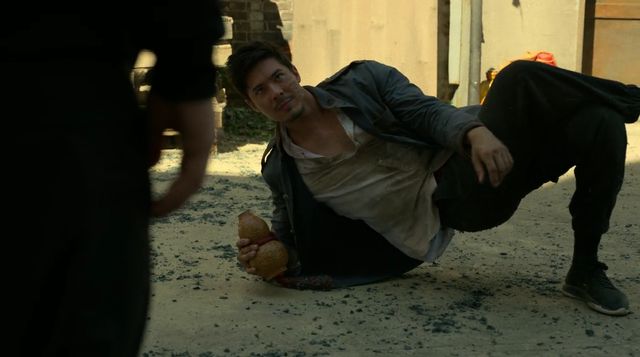 At first glance, it may seem like Lewis Tan playing Iron Fist could fit into a prevailing media stereotype of “All Asians Know Kung-Fu.” But Lewis Tan could have used his position as Iron Fist to explore the stereotypes Asian-Americans face and move beyond the trope. Danny Rand could have explored his heritage. Instead, Netflix offers a story that portrays a white Western man using Buddhist and Chinese principles intermittently to his advantage. Because, you know, that storyline has never been done before.

READ: Ready for something new? Check out DC’s unveiling of DARK MATTER and six new titles!

I understand the canon argument a lot of people have about this show. I get that Iron Fist is portrayed as a European-American, but IRON FIST also debuted in 1974. The representation is out-of-date. We may not have realized how this character’s race could affect society then, but we know better now. We are aware of how cultural appropriation has an impact on culture. Since we now know, it would have made sense that Iron Fist would have been Asian. I know some people may see that as pandering, but it isn’t. There are so few Asian heroes as it is. Iron Fist being an Asian would have been a logical and practical choice. Instead, I have to cringe a little every time I saw Danny Rand in a monk robe. 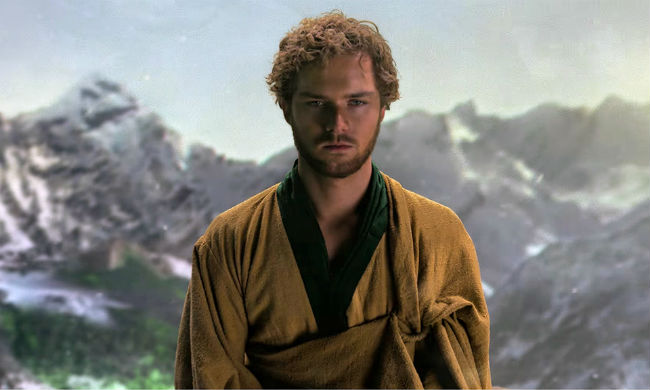 An Old Problem for Hollywood

Asian-Americans have been more vocal about how difficult it is to find a role. More often than not, white Western actors receive starring roles as Asian characters over Asian actors. (I’m looking at you, Scarlett Johansson, Tilda Swinton, most of the cast in Netflix’s DEATH NOTE) Finn Jones receiving the role over Lewis Tan is not a surprise, but a disappointment. The problem is that it continues the trope of the “white savior.” Danny Rand ends up in China, masters the ancient traditions, and then turns around and uses it to save the world. It is a story perpetually told through movies such as THE GREAT WALL or THE LAST SAMURAI.

If Lewis Tan had played the part, the story could have been something entirely new. There are few-to-no stories about Asian men trying to find and understand their heritage. It is a battle Asian-Americans face every day, considering their dual identities as Asian and American. We don’t fit in Asia, yet America does not want to acknowledge our presence. It would have been amazing to see such a story play out. It could have been our story. Asian-Americans had a chance to show how they feel and how society treats us.

Another part that made me uncomfortable was the music. It sounds nit-picky but bear with me here. Not only do you have a white Western man practicing martial arts and reciting Buddhist principles, but he is also listening to hip-hop. There is a cultural exchange between African-Americans and Asian-Americans. Each appreciates what the other produces. Commodities like music, clothing, and general style move between cultures. Both African-Americans and Asian-Americans have a fascination and appreciation for what the other does, so they borrow aspects of each culture. They respect the original intent of the art or style within the culture, yet still find a way to individualize it. 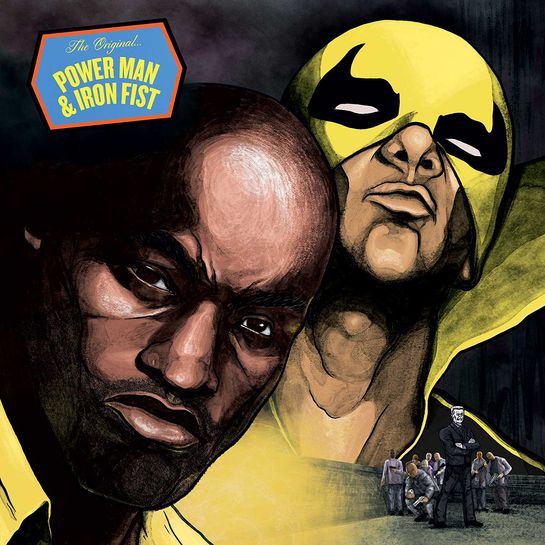 However, having a white Western man listening to hip-hop while practicing martial arts throws a wrench into this exchange. The white colonizer still takes African- and Asian-American cultures without giving credit. Both African and Asian histories are filled with instances of European colonizers taking their culture and using it to their benefits. By having Jones as Iron Fist, listening to Outkast, Run the Jewels, or Killah Priest while practicing martial arts in a dojo, it removes the exchange. Instead, it mocks the exchange by showing that European people still have power over these cultures. However, if Lewis Tan were in Finn Jones’ shoes, the story would not seem so out of place. It would pay respect to the cultural exchange instead of diminishing it.

READ: Interested in THE DEFENDERS? Check out our analysis of identity as a theme in the Marvel Netflix shows!

What did you just say, Iron Fist?

The dialogue is also a big problem. In every episode, Danny is spewing Buddhist ideologies and what feels like fortune cookie advice. He explains to everyone different Buddhist principles, but when it comes from him, it does not seem right. At the same time, Danny Rand quickly slips back into Manhattan billionaire lifestyle. He was a Buddhist for fifteen years and pseudo practices the religion, yet, somehow, he can accept owning a luxury car in New York City. Buddhists live on principles based on minimalism. It makes little sense to have a car in New York City, let alone being a Buddhist with a luxury car shortly after leaving the monastery. 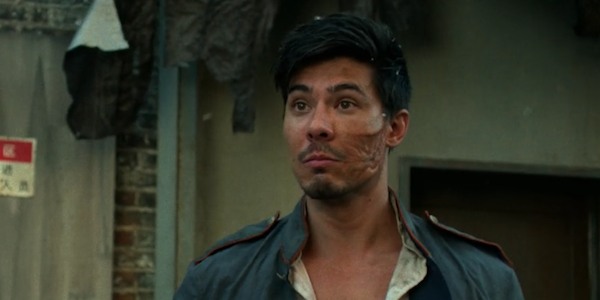 The biggest insult is that Lewis Tan was so close to having the lead role, but instead got the part of the villain. Asian people are always typecast in the roles of either an old master/wise man or a bad guy. Characters like Pei Mei from KILL BILL VOLUME 2, Mr. Miyagi from THE KARATE KID films, and Oddjob from GOLDFINGER exemplify this. The character of Zhou Cheng perpetuates views of Asian people as the villain. With 90-percent of the bad guys in IRON FIST being Asian, it feels like Fu Manchu lingers behind each bad guy. The show perpetuates a role that Asian men always play.

READ: Interested in Asian Representation? Sam Zhao is more than a mere love interest in the GREEN LANTERN comics!

Lewis Tan had more charisma and caught more attention in his one episode than Finn Jones did the entire season. It’s a shame that Netflix couldn’t see that. I don’t blame Finn Jones for this: he’s an actor who wanted a part. I mean, we all need money. But if an Asian-American actor had been starring, I feel a lot of Asian-American issues would have been, at the very least, explorable. It would have given the audience a new story and Asian-Americans could have had a new hero. We would not feel so invisible within our communities.