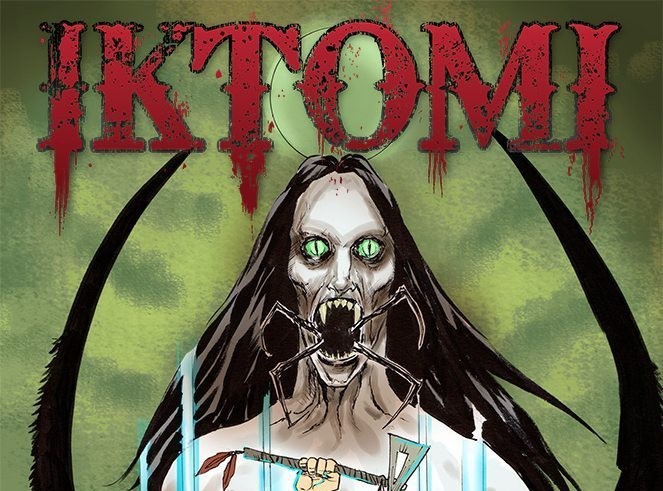 ComicsVerse had the opportunity to speak with Leonardo Masetti, the writer of IKTOMI, a supernatural Western graphic novel releasing this summer. We spoke about the origins of IKTOMI, the influence of Sergio Leone, and the decision to format it as a graphic novel.

Described by publisher Source Point Press as a “Dark Fantasy/Western Saga,” IKTOMI tells the story of an interdimensional war between the Upper World and Xibalba. In the former, the Lakota Indians fight to survive against a collection of foes, including creatures from Native American mythology. The latter is a dark world ruled by an evil priest, Huracan, and the titular character (the Indian Trickster Spirit, Iktomi) is the link between the worlds. This story starts on the verge of a battle in which humanity’s fate hangs in the balance.

Comicsverse: How long have you been working on IKTOMI? What has the process been like getting it to print?

Leonardo Masetti: My partner (Pier Paolo Piccoli) and I have been working on this project for more than two years. At first, IKTOMI was born as an episodic made-for-TV movie, but, as we were developing the project, the graphic novel elements of the story became evident. Being our very first project in the comic book world, the whole process has been inevitably characterized by a few “mistakes of youth,” budget frustrations and creative challenges. But, in time, we have definitely grown, in terms of both experience and confidence. And now, also thanks to Source Point Press who partnered with us, IKTOMI is ready to meet the world!

READ: Check out our interview with Matt Hawkins, President of Top Cow!

CV: How did you and Ryan get introduced? What’s the collaborative process been like between you two?

LM: We screened a whole bunch of artists in the beginning. Ryan caught our attention not only for his obvious artistic skill but also, most importantly, for his ability to portray amazing “cinematographic expressions,” which was exactly what we were looking for. So far, our collaboration has been perfect. His love and passion for this project is equal to ours, and we are constantly sharing ideas, notes and sketches to ensure the best possible results. 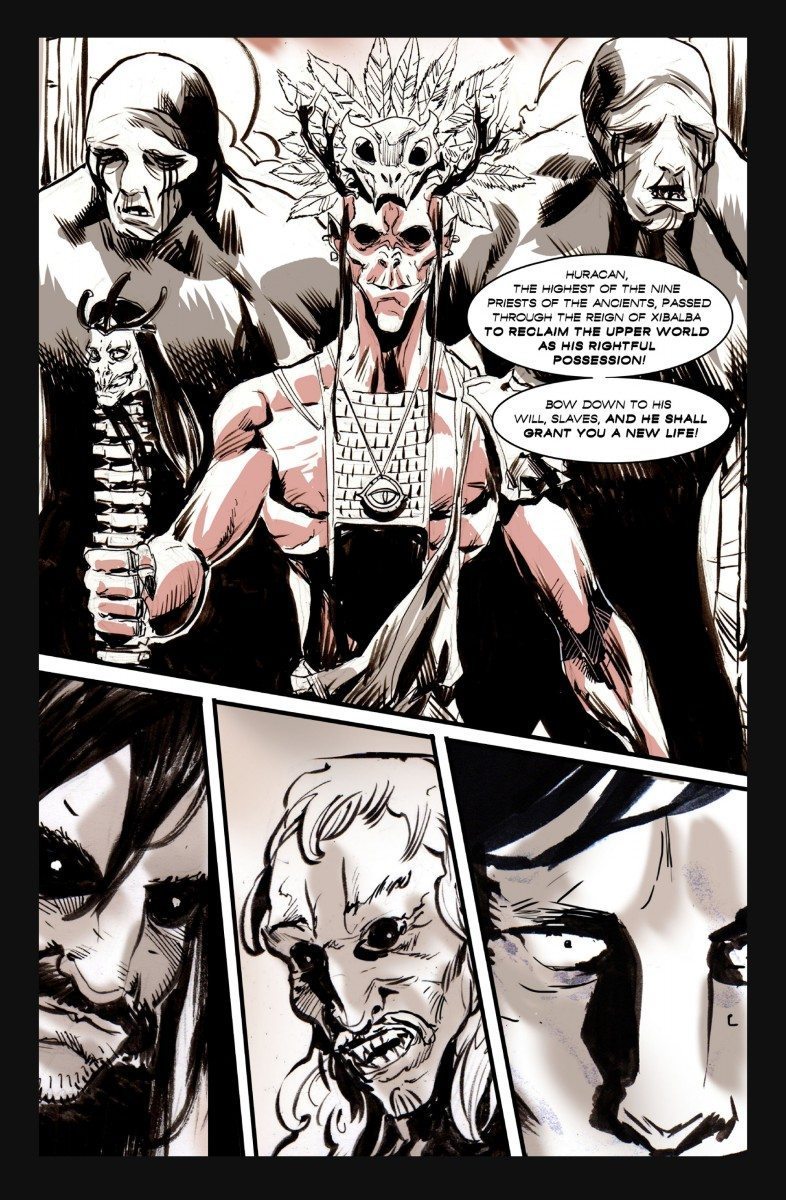 CV:You mentioned being inspired by Sergio Leone. What aspects of Spaghetti westerns and Sergio Leone did you try to draw from?

LM: Firstly, both Pier Paolo and I are born and raised Italians and great fans of the “Spaghetti Western” genre. Like Sergio Leone, we took two intrinsically American motifs, the Western and Native American mythology, and developed them with a European flair. Visually speaking, if you watched ONCE UPON A TIME IN THE WEST, think of that interminable first scene at the train station, with all those long close-ups, emphasizing both the characters’ rough features and peculiar clothing. Our main goal was to make all heroes and villains as unique, characteristic and special as possible, so that you can be emotionally touched by them, and, why not, fall in love with them.

CV: Talk about the format of the book for a bit. Why a full graphic novel?

LM: We thought of a graphic novel simply because we would like for this story to have an end. A poignant, symbolic and bittersweet Hollywood ending, of course. Each volume will have approximately 70 pages and will hit the stores twice a year.

CV: Where do you see the series going from here?

LM: We hope this series will attract enough attention for us to take it to a production studio and turn it into either a TV series or a trilogy movie franchise.

LISTEN: Head over to the latest episode of the ComicsVerse for our interview with the legendary X-Men writer Chris Claremont!

CV: Your protagonist and hero is Jack Freeman, a white man turned Lakota Shaman. How did you navigate possible “white savior complex” comparisons, which can be quite common in these types of stories?

LM: Our tagline recites: “Only evil can conquer evil.” Therefore, for our main protagonist, Jack, this is definitely an inner struggle caused by the “duality of man.” Terrible and mysterious events forced him to take a perilous, arduous and complex path. Coming as a surprise, not only for his friends and foes but also, for himself, Jack has been chosen to embark in a journey to save mankind from evil forces that can be repulsed only by Native American medicine. Think of LITTLE BIG MAN or DANCES WITH WOLVES and the changes in both of the protagonists’ lives. He is not alone in this struggle and in the process Jack loses his white man traits to become a new man embodying the universal goodness and spiritual powers of all men.

CV: Where can we find IKTOMI and when does it come out?

LM: We are trying to make IKTOMI available for purchase in stores for this coming May, but the actual release date might be postponed to June.

You heard it here, folks! Don’t forget to check out IKTOMI this summer for some supernatural and western fun.