Week after week LEGION has been able to subvert expectations. With last week’s episode ending “reveal” that maybe everything up to that point was just in Syd’s head, the easy thing for the writers to do was just fix everything this week. But “Chapter Six” plays out in the completely opposite way, and it works better than just jumping right back into the action. “Chapter Six” raises (as usual) more questions than it answers, but does so in a way that allows the audience to see these characters in a harsher light. Playing out like ONE FLEW OVER THE CUCKOO’S NEST with mutants, this episode moves the plot forward in ways we can’t even begin to understand.

So we’re back at the same mental institution from the pilot, only this time Lenny seems to be the psychiatrist. Oh, and every mutant we have met up to this point is just a normal person with a serious mental condition. Ptonomy is stuck in his memories. Kerry and Cary are inseparable, but not the same person. Melanie is just a sad older woman who can’t get over her husband’s death from 20(!!) years ago. None of them remember ever being mutants, or being a part of Summerland for that matter. LEGION uses the scenario as a tool to further flesh out these intriguing side characters, instead of just trucking through to move the plot forward. Seeing these characters at their lowest lets the viewer relate to them a little bit more–here instead of badass mutants they are just people with problems. It’s a commendable path to take this deep into the first season.

That isn’t to say everything has gone back to the way it was. David seems particularly happy with his situation as opposed to the David we saw in LEGION’s pilot. Which isn’t surprising if we assume that he is responsible for this parallel universe, or–as we learn in the episode’s final minutes–David’s parasitic mutant in his head is just trying to keep him happy. Syd seems to be the only one of the group who sees anything wrong with what is going on, even shrugging off Cary’s logical explanation with a “no, this is something else.” She once again proves to be the most important constant in David’s life, which seems to give her some kind of leeway into seeing through the illusions that have been created. Unfortunately, this puts her directly in psychiatrist Lenny’s sights. 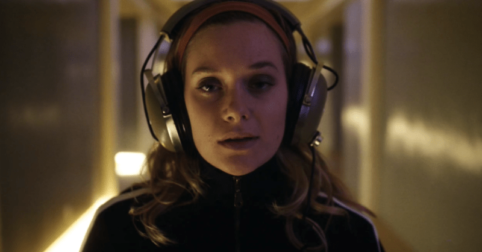 LEGION’s antagonists continue to one-up themselves week after week. As if The Eye couldn’t get any scarier, they finally gave him some dialogue. Turns out he’s even more frightening when monologue-ing about eating animals that are still living! Who would’ve thought? Poor Kerry Loudermilk, who as of the end of the episode is being tormented in the dark psych ward by the curly-haired maniac. We saw a more vulnerable, childish version of Kerry than her badass counterpart this week, and her bite wasn’t enough to scare off The Eye, who from the sounds of it might, in fact, be in cahoots with the Yellow-Eyed Devil, as we hear Lenny namedrop him: “Walter is the only one of you who gets it.”

As the current trend seems to be going, Aubrey Plaza has once again stolen the show in her psychopathic role as Lenny.  It’s a side of the actress we’ve never seen, yet each scene she’s in she holds an intimidating gravitas that is also manically charming. She is just a projection of David’s mind–a softer face the Devil puts on to hide his real Humpty Dumpty form. But she is all the scarier for that, and as the episode crawls to a close we know who is really in control here. Her story about what love is, a parasite that eats an ant’s mind only to explode and plant the same seeds in other animals is the perfect mirror to her own parasitic relationship with David. Even her weird victory dance through David’s worst memories was weirdly entrancing while at the same time showing us who is really in control in David’s head. 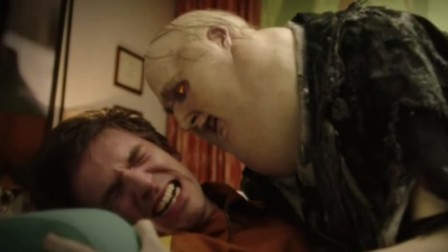 As we slowly but surely approach LEGION’s endgame, it is still unclear where things are headed. Just when we think we are getting answers the show does a back flip and puts everyone in a mental institution. But with “Chapter Six” the pistons are beginning to move–Oliver is trying to save the group one by one by seemingly bringing them into the astral plane, though I’m still not sure what was up with the scene in which Melanie returns to the shooting that resulted in time standing still. But there are still some dangling questions–what exactly does The Eye want from Kerry, and what sort of hell did Lenny put David in? His floating coffin in the black of space gave me some serious heebie-jeebies. I would try and predict what might happen in “Chapter Seven” next week, but as this show keeps proving, nobody knows what the f#@k is going on.