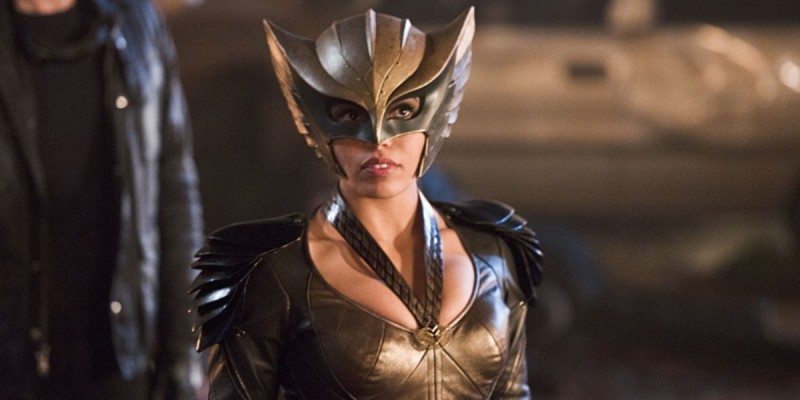 When we catch our first sight of Hawkgirl (Ciara Renée) in the Arrowverse, it’s in THE FLASH’s season 1 finale “Fast Enough” as little more than a cameo for her civilian identity of Kendra Saunders. In the second season of THE FLASH, she’s introduced as Cisco Ramon’s love interest until she discovers she is the reincarnation of an ancient Egyptian warrior priestess named Chay-ara in the episode “Legends of Today.” She also learns she can sprout wings and fly, becoming the warrior Hawkgirl. She then meets Carter Hall/Hawkman, who tells her that they have been lovers for thousands of years, continuously dying at the hands of Vandal Savage, who needs their life essence to stay immortal. After the ARROW episode “Legends of Yesterday”, they leave to uncover their past together. 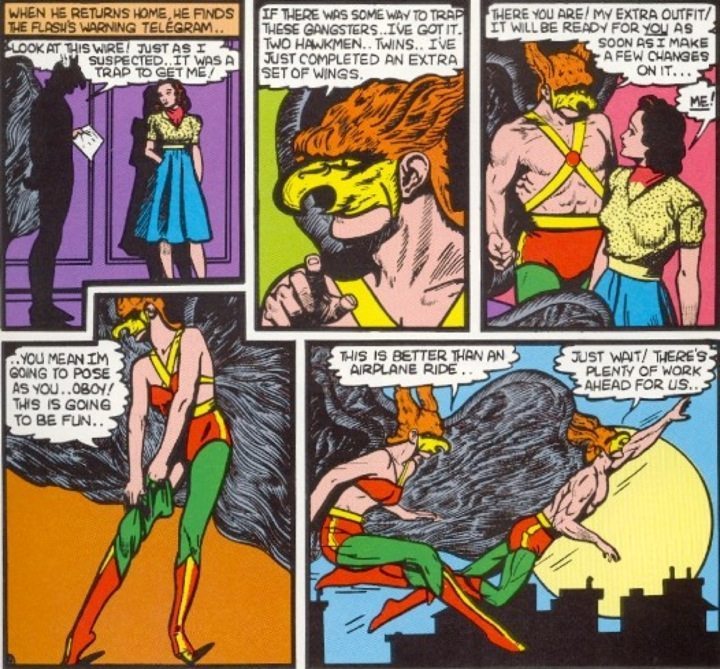 In the season premiere of DC’s LEGENDS OF TOMORROW, Time Master Rip Hunter recruits her and Hawkman in a quest to stop Vandal Savage, who has taken over the world in the future. During this time Kendra struggles with her dual identity, confessing she does not have feelings for Carter. During the second episode, Carter is murdered by Savage. It’s revealed that only Kendra can kill Savage, using a knife she was holding when she, Carter, and Savage were struck by the meteor which bound them to each other and led to their reincarnations. Since then she has learned to embrace her warrior side but has only recently begun to have vivid recollections of her past life. In the latest episode, “Progeny,” she has flashbacks about her life with Carter and begins to have feelings for him. This does not bode well for her relationship with Ray Palmer, the Atom.

Like her Arrowverse version, the comic book Hawkgirl has gone through some reincarnations of her own. Created by Gardner Fox and Dennis Neville, Shiera Saunders first appeared in a Hawkman back up story in FLASH COMICS #1 (1940). Shiera does not don the Hawkgirl costume, however, until ALL STAR COMICS #5 (1941). Just like in the TV show, she is the reincarnation of an Egyptian princess who meets her lover Khufu (Carter Hall) in modern day. However, it is comic book villain Hath-Set (not Vandal Savage), an Egyptian priest, who kills them with a cursed dagger. This murder triggers a curse where Hawkgirl, Hawkman and Hath-Set keep being reincarnated throughout time. 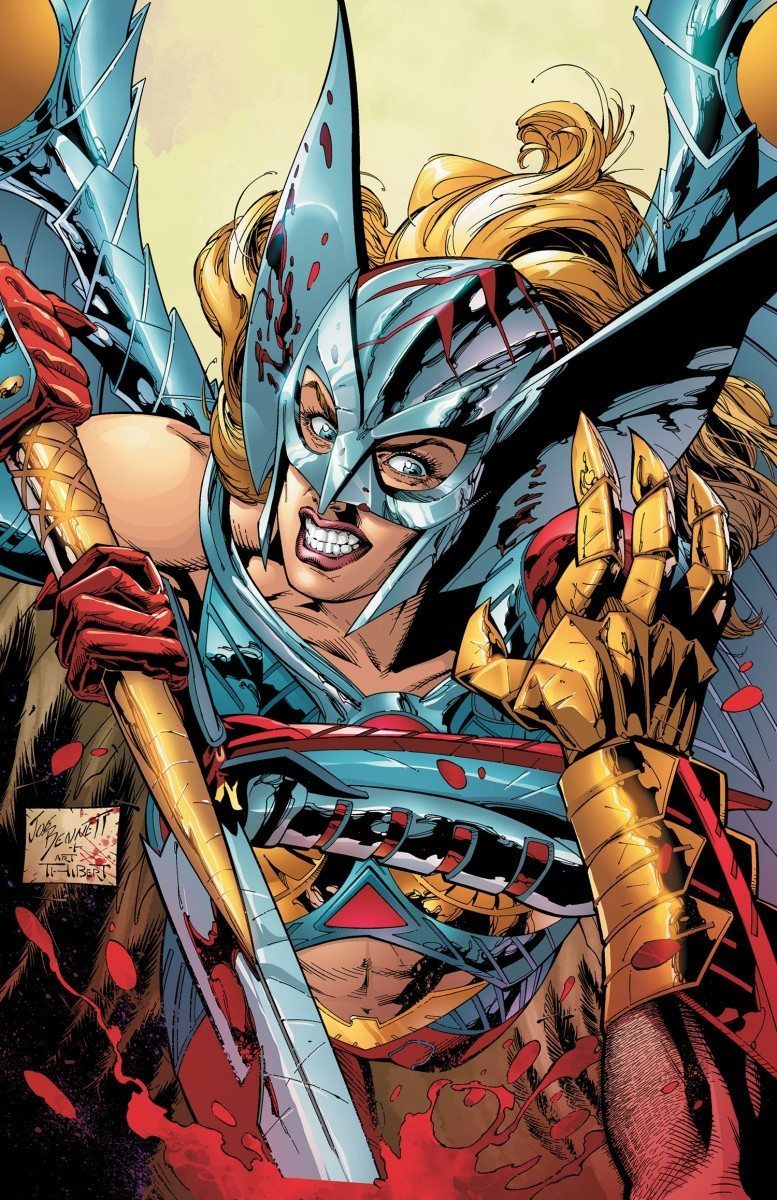 READ: Find out more about Hawkgirl’s TV origins in our analysis of THE FLASH/ARROW crossover!

In 1961, DC Comics revamped the character; this time, Hawkgirl was from the planet Thanagar. Her name was Shayera Hol, a police officer who comes to Earth along with her husband, Hawkman, to learn about the planet’s policing techniques. In 1981, she changed her name from Hawkgirl to Hawkwoman in issue 241 of WORLD’S FINEST COMICS. During DC’s Silver Age, the concept of the Multiverse was introduced (which THE FLASH TV series has used for part of the story arc of its second season). It established that both versions of Hawkgirl existed, Shiera Saunders lived on Earth 2 while Shayera Hol resided on Earth 1. DC rebooted and refined the character numerous times following the epic “Crisis on Infinite Earths”. One of note who took up the mantle of Hawgirl was Kendra Saunders, granddaughter of Earth 2’s Hawkgirl’s cousin. This version of the character took over the HAWKMAN comic in 2006, causing the title to be changed to HAWKGIRL with issue 50. However, Kendra was killed during DC’s “Blackest Night” storyline (2009).

READ: Check out how THE FLASH TV series is inspired by time travel storylines in the comics!

In the New 52, Hawkgirl is Shayera Thal, the princess of Thanagar. Earth 2’s Kendra Saunders is a human who has had wings grafted to her back. So far there has been no mention of Hawkgirl (or Hawkwoman) in DC’s new Rebirth line. However, DC has launched a new anthology series called LEGENDS OF TOMORROW which has already featured Firestorm. Will they test the waters with a story about Hawkgirl? And if so, which version would they use? The Arrowverse Hawkgirl seems to have received the strongest aspects of the character for TV. It will be interesting to see her influence on her comic counterpart now and in the future.