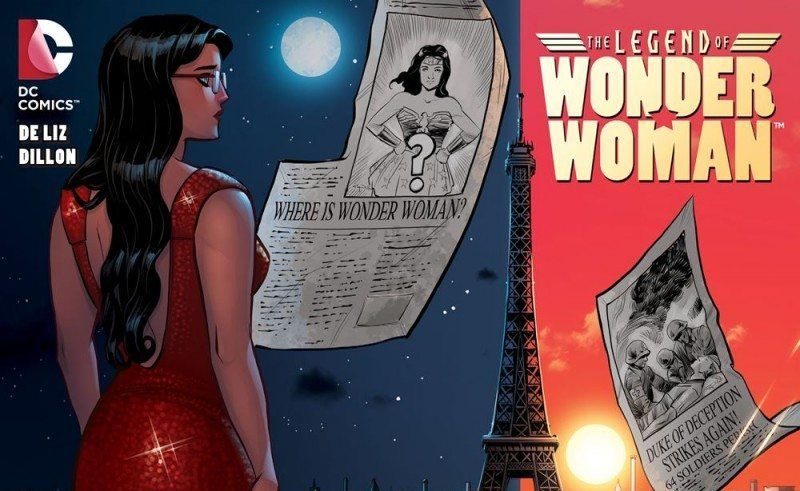 When I think of Wonder Woman, I think of a strong, independent woman who isn’t afraid to stand up to anyone.

In this series, her powers are taken away from her for leaving Themyscira for the first time and going to America to help fight the war against the Germans. When I read that she wouldn’t have her powers, I thought, This could be interesting. How will Wonder Woman fair without her super strength or lasso of truth? Unfortunately, I didn’t get any of that from this issue of THE LEGEND OF WONDER WOMAN. Instead, I was treated to learning about why Diana’s friend Etta was jealous of a woman named Smuthers, along with a musical number performed by Etta and her friends, The Holiday Girls.

We’re at issue #22 of the series, and so far I don’t think this part of her legend holds any significance at all. It felt like I was reading something out of the diary of a high school girl, something along the lines of: “Dear Diary, today I saw Smuthers flirting with Lawrence again. It infuriates me so much that he notices her and not me,” but I digress. This issue focuses on Wonder Woman and her friend Etta. While on leave, they attend a party where Etta and her group are supposed to perform a musical number. Hoping to gain the attention of the editor-in-chief of a magazine, Smuthers, an old friend (who she considers an enemy) of Etta’s, has purposely shown up to try and ruin her night. Will Smuthers stop at nothing to ruin Etta’s chances of getting an article about her group written up in a popular magazine?! 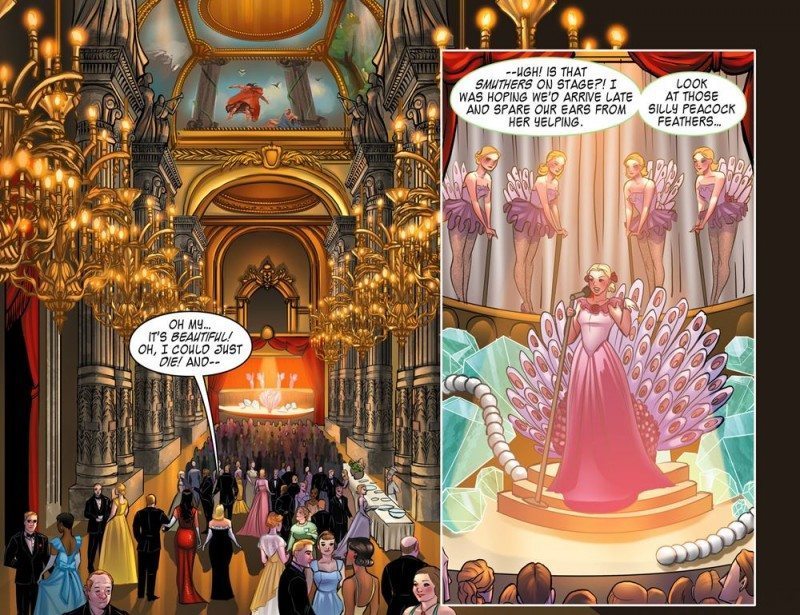 Nothing about this issue has to do with the LEGEND OF WONDER WOMAN. Instead, it feels like filler with little pertaining to the main storyline. If there’s anything to take away from this issue, it’s that Diana begins to question whether leaving Themyscira was for the best. Can she prove herself useful without her superpowers?

Wonder Woman is the type of person who comes back swinging harder with every hit she takes. She grew up on an island that remained isolated from the rest of the world. In fact, it was very brave of her to venture off Themyscira, knowing that she’d lose her powers. I think a lot of people can relate to this point in Wonder Woman’s life. At some point, don’t we all leave home? Whether it’s for college or starting a family, we all leave the nest at some point, right?

Even without her powers, she has all of the knowledge and skills that she learned back home. She’s strong, she knows how to fight and survive off the fat of the land, and she’s smart. The fact that she’s even participating in a war without her lasso of truth or wristlets shows that she’s more than capable of taking part in this war. Issue #22 feels like an unnecessary digression that could have accomplished a lot more if it had focused on the main story.

LISTEN: Learn about Wonder Woman’s origin on the ComicsVerse podcast!

Renae De Liz, writer and penciler for the series, has done a great job conveying this story through her art, and I wish I could say the same about her writing. It’s not that this issue was bad, it just wasn’t interesting.

Her art, on the other hand, continues to work well. The characters she draws have a soft tone to them; she draws them with a sort of delicacy. De Liz’s art also distributes a well-balanced amount of detail for each character, something she’s brought to books like PETER PAN, LADY POWER PUNCH, and THE LAST UNICORN.

Alongside De Liz is inker and colorist Ray Dillon, De Liz’s husband. His colors here are vibrant and refreshing, and his flushed skin tones are impressive. The character costumes, too, are stunningly colored, particularly Wonder Woman’s dress (shown below). 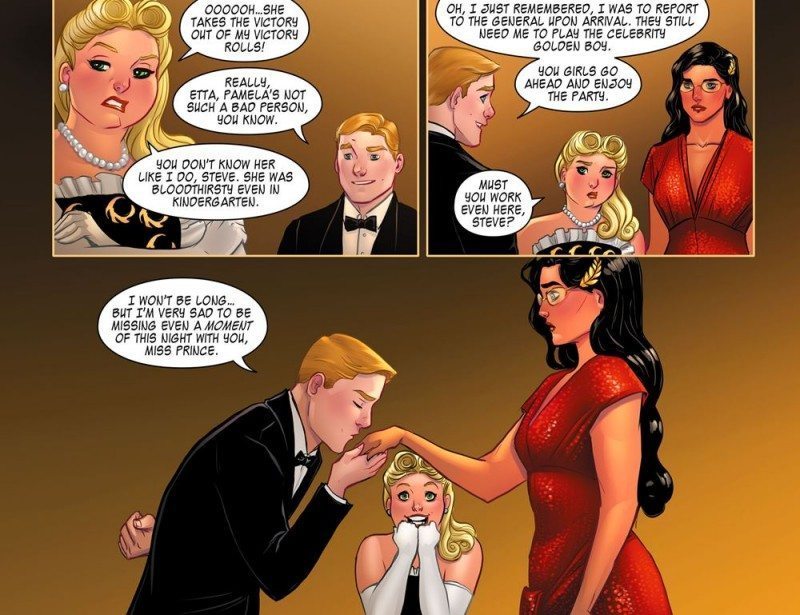 This may not have been the best issue story-wise, but it definitely has some great art. If you’re the type of person that picks comics up for the art, then I suggest giving this one a look. Despite this issue’s storyline divergence, I’m willing to give the next one a try, mostly because I’d like to see a Wonder Woman fight drawn by these two.