Taking place after the “Agent Pink” biological terrorist attacks that left almost all American women infertile, LAST SONS OF AMERICA follows two brothers, Jackie and Julian, who work as part of an adoption agency. Because of the Agent Pink attacks, children have suddenly become a valuable commodity around the globe. As adoption agents, it’s Jackie and Julian’s job to convince poor families to sell their children so their kids can have better lives in America. Frustrated after a deal falls through, Jackie snatches a child off the street to sell, a common practice for less than above board adoption agents. When he discovers that he’s taken the daughter of a powerful drug lord, Jackie realizes that this morally ambiguous decision was a life-altering mistake for both him and his brother. 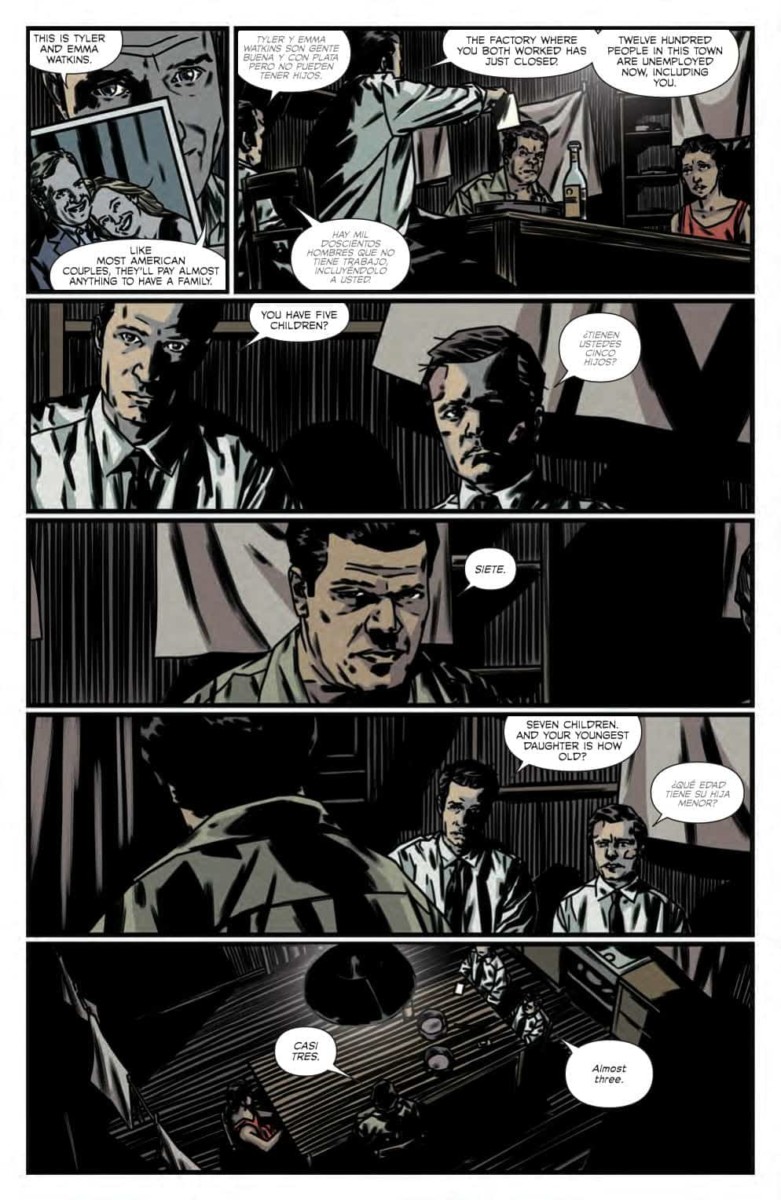 Westerners have a tendency to justify the exploitation of impoverished people if it’s beneficial to them. For example, it can be argued that opening a factory in a third world country helps workers who live in that country. Unfortunately, the reality of this situation is just not that simple. The same can be said for the child-trade taking place in LAST SONS OF AMERICA. Although the children taken to America are escaping poverty, the monetization of human lives is never without consequence. Our protagonists, Jackie and Julian, uncover just how severe those consequences can be.

In addition to these political themes, LAST SONS OF AMERICA explores the dynamics of family and sacrifice. In this post-apocalyptic world, parents must weigh the choice of sending their children to America for a better life or keeping their family together in poverty. Furthermore, Julian and Jackie complement each other perfectly as brothers. Where Julian is self-sacrificing, Jackie is more concerned with securing the safety of himself and his brother. Where Julian needs to believe they are doing good in the world, Jackie sees their job as just another way to make ends meet.

The relationship between Julian and Jackie is made even more interesting by Julian’s physical disability. Although they are twins, Jackie feels extremely protective of his brother because of his dwarfism. When he goes out and takes a child without telling Julian, Jackie truly believes he is doing what’s in his brother’s best interest. He tries to keep the girl a secret from Julian to protect him. Without Julian, Jackie comes across as heartless. However, with Julian in the picture, it becomes clear that Jackie is simply doing what he deems essential for his and his brother’s survival. 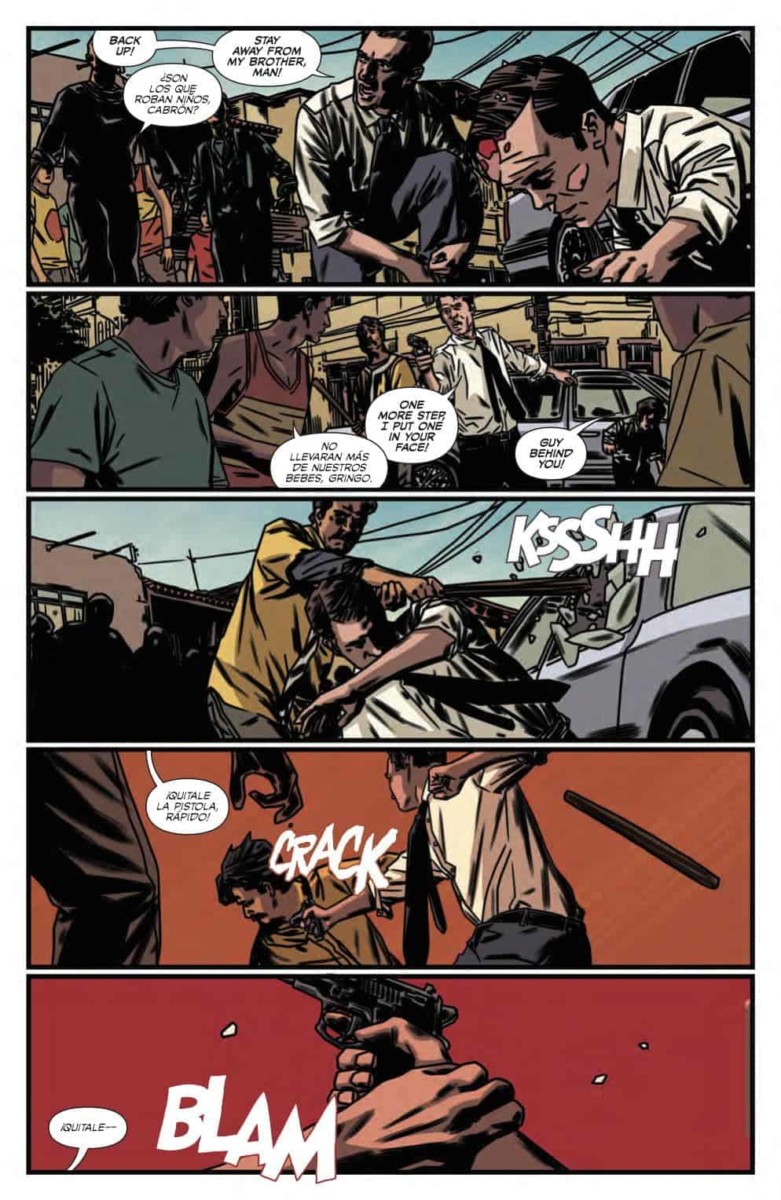 In addition to its well-rounded depiction of a character with a disability, LAST SONS OF AMERICA deserves praise for its use of Spanish. Most comics will indicate that a character is speaking another language by putting their words in parentheses. Although LAST SONS OF AMERICA utilizes this technique at times, there are other times when the Spanish just goes untranslated. As a plot device, this gives the reader a sense of the language barrier between Jackie, who only speaks English, and the Nicaraguans that he’s dealing with. This language barrier might contribute to Jackie’s callousness, since he cannot directly communicate with any of the families he does business with.

LAST SONS OF AMERICA’s visuals also help the reader understand what’s happening, even when the characters are speaking Spanish. Artist Matthew Dow Smith’s visuals have a gritty realism that set the tone for the entire comic. Although there is nothing particularly innovative about Smith’s style, it’s effective in conveying the bleakness of the setting and creating a neo-noir feel. Most importantly, the visuals are easy to understand, even when the dialogue is not for those of us who are not bilingual.

READ: Want another comic with political overtones? Find out why we think CIVIL WAR is the definitive post-9/11 comic book!

My only real criticism of LAST SONS OF AMERICA is its one-dimensional representation of Nicaragua and its people. The majority of Nicaraguans characters are either poor people or gang members. Although it’s conducive to the plot to set the comic in a poor urban area, it contributes to American misconceptions of what South American countries are like. Although I understand this would have been difficult, I wish the creators could have found a way to incorporate a fuller representation of Nicaragua, its culture, and its people.