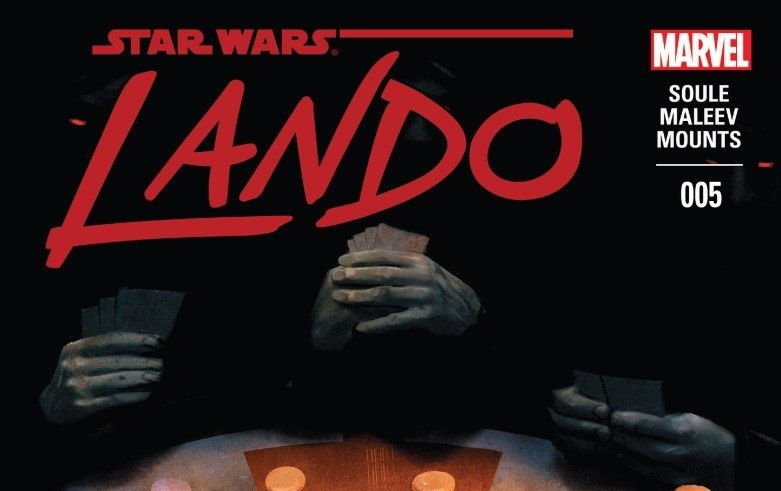 Time is running out! The ship is going to explode! Can Lando and his crew get off safely? Or will Aleksin and Pavol doom them all?

Chanath Cha would have no problem finishing the task assigned to her by the Emperor, but Lando appeals to her past with Lobot to get her to help them one last time. It’s not all easy as that, of course, so Lando and Chanath have to find a way to get off a failing, self-destructing ship before Aleksin and Pavol can kill them both.

LANDO #5 is good. We know Lando and Lobot survive, so the question is not only “how?” but “does it happen in a way worth our time?” For my money, it does.

I never really grew to like Alex Maleev’s art, though the strongest case for me to actually do that is made in this issue. It’s subtly effective, giving us what we need to see the story clearly and not much more. In my opinion, that’s really all one needs. I can’t say with confidence that that is what his art was doing in the previous four issues, but that’s certainly the case here. However, where Maleev’s art allows us to see the story, Paul Mounts’ colors allow us to feel the story.

CLICK: CHECK OUT THE REST OF OUR ARTICLES ABOUT LANDO!

Mounts’ colors are once again the highlight, dictating and broadcasting tone and mood, and even playing a role in beat-by-beat storytelling (specifically the reveal that Aleksin and Pavol had entered the room, preceded by their red glow).

Speaking of Aleksin and Pavol, they are dispatched in such a way that’s actually satisfying, a way that reveals something new about our protagonists. Chanath reveals just why she was hand-picked by the Emperor for this task, and Lando gives us a peek into why he always plays things so fast and loose.

We get a very large glimpse into Lobot’s past, a past I wasn’t sure I was interested in until I read LANDO. It lends weight to his and Lando’s appearance in The Empire Strikes Back, which is what good tie-ins should do (see Star Wars: Clone Wars, the animated series, for the best example of this).

The end is rather sentimental, rushed, and a somewhat forced connection to Lando’s emotional arc from Empire to Return of the Jedi, but LANDO #5 ultimately gets away with it–mostly because Lobot proves to be such an effective character and is given a real moment to shine. 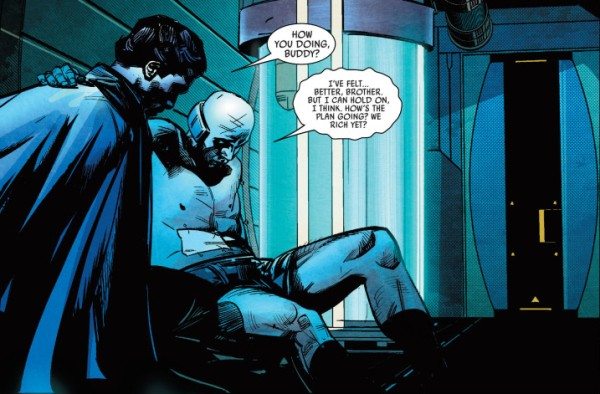 LANDO #5 doesn’t possess the excitement or scope of the last issue, but it uses the good will generated by that issue to deliver a satisfying end. You hope, of course, that in a short series like this, it would come out of the gate with issue #1 as strong as it does in its fifth and final issue, but, really, I’m just glad it got there at all. LANDO may ultimately not be essential reading for fans of Star Wars, but none of us are worse for its existence. In fact, we may all just be a little bit better.