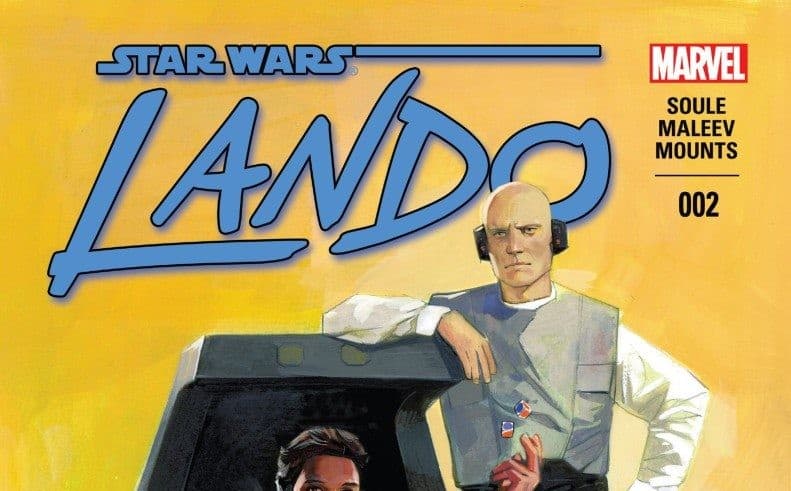 The “easy” job for which Lando signed up last issue turned out to be heisting Emperor Palpatine’s private shuttle. Lando doesn’t know it, but he’s celebrating just the same. Things seem to be going swimmingly, but the Emperor has dispatched a trusted servant to locate the ship. At the same time, Lando and his crew are breaking their way into a hitherto encrypted section of the ship’s hold, only to find out they shouldn’t have…

If you love Lando Calrissian, you’re going to love this issue. Even if you don’t love Lando Calrissian, you’ll grow to love him after this issue. You can see why he and Han Solo got along so well, and why he probably bested Han on more than one occasion. Lando flies by the seat of his pants from one moment to the next, laughing all the way. The issue knows that, the crew knows that, everyone knows it, and LANDO #2 indulges in it. There is no way Lando succeeds as much as he does intentionally, and his crew calls him out on that, but it’s his laughter in the face of that, his commitment to behaving as if everything is under totally smooth control that makes him so impossibly charming. 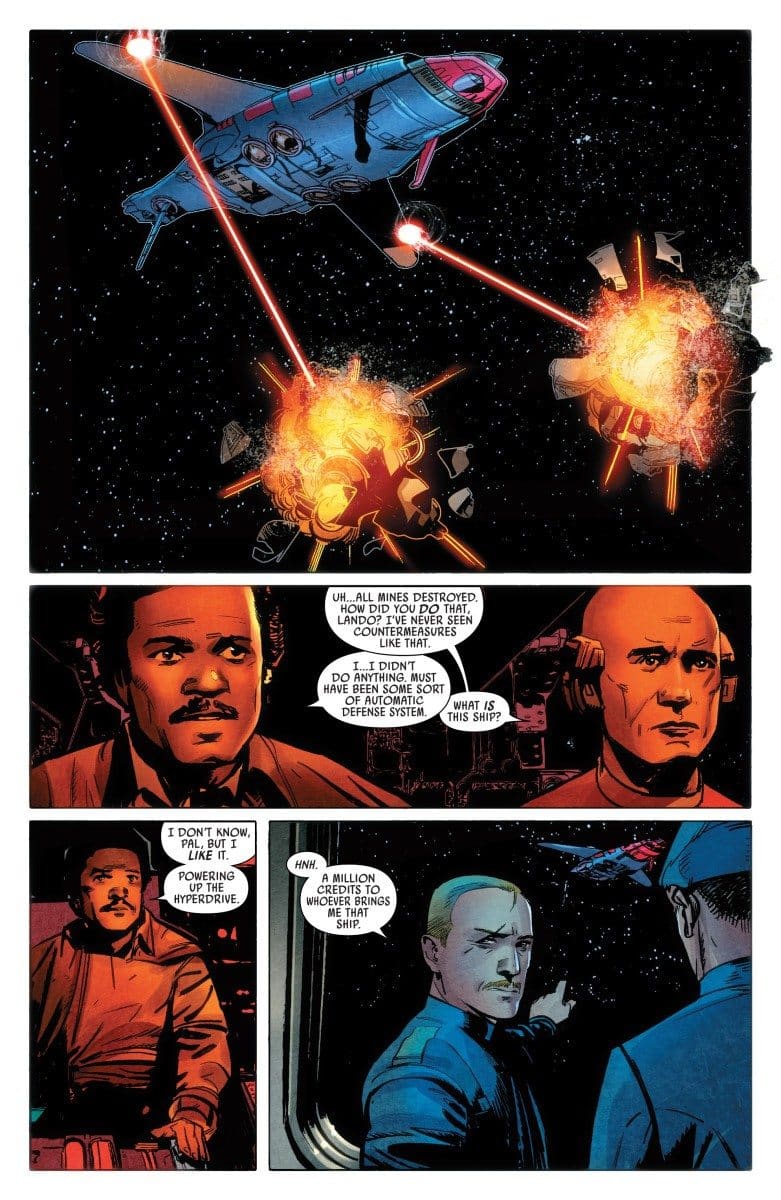 Especially in contrast to the super-serious Empire. It’s a simple aspect of comedy: distance your two parties as much as possible, so that when the good guys win, you’re rewarded for believing they’ll win. Reading this, we know Lando is going to survive, so when the Empire seems so serious and confident that they will destroy him and he’s so cocky and, well, not serious, it makes it all the more amusing when he can laugh in their faces.

The laughter doesn’t last long, however, as the Emperor tasks someone supremely capable and clearly inspired by Boba Fett to track Lando down. 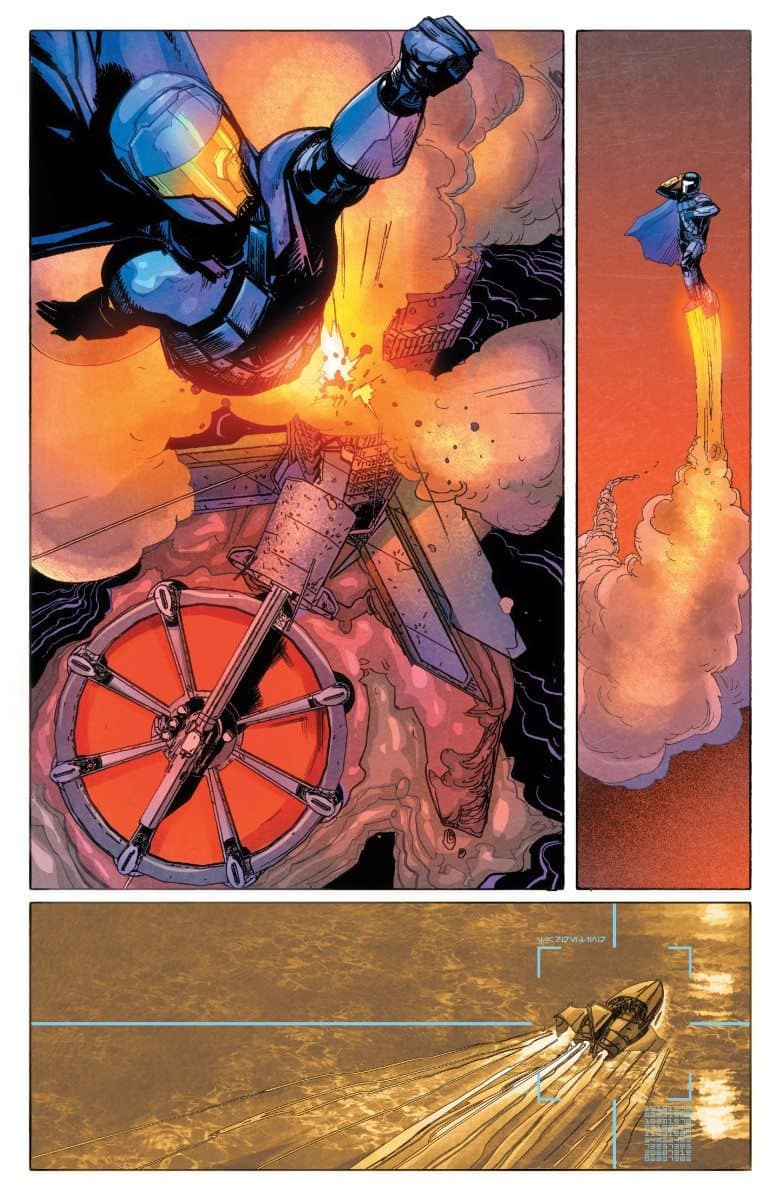 The thing is? I don’t care! The plot is of little consequence. This title is an excuse to showcase Lando, giving him a spotlight he’s long deserved. That doesn’t make LANDO #2 necessary reading, but it’s sure as hell enjoyable for any Lando fans.

Unfortunately, there isn’t much else that makes LANDO necessary reading. Alex Meleev’s art shifted a bit toward the lighter side, the more dynamic side, the more active side in between issues. I can see why that is (the tone of the issue’s plot certainly supports it), but I can’t help but be disappointed. The static, painterly quality of the first issue gives way to a more obvious, mainstream style in this issue. It doesn’t help that the lettering (despite being done by different artists) is the same in LANDO as it is in all other STAR WARS titles. I get wanting to link all your titles in some way, but when the artwork on the page is any less than unique, that link becomes distracting. 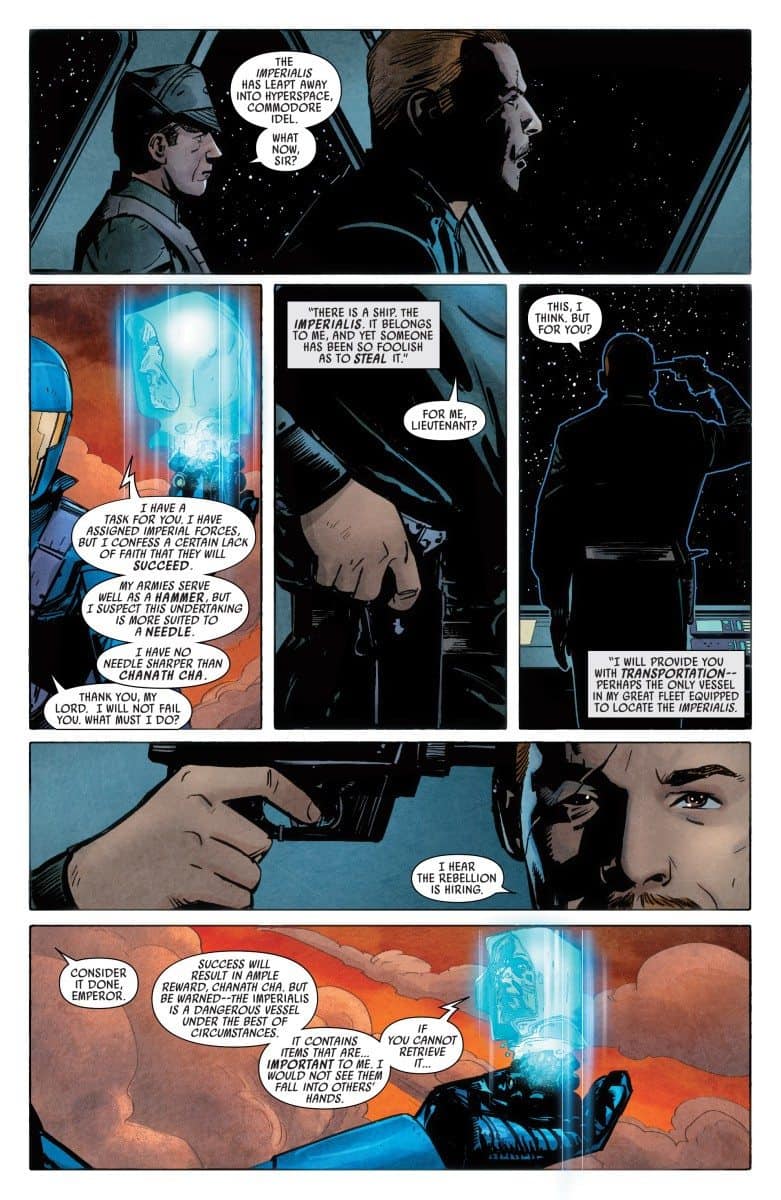 LANDO #2 is so much more fun than the first issue, but I think that’s because I’m open to it. I’m the ideal audience for LANDO (and all the STAR WARS comics): I’m an obsessive fan of the franchise, but my obsession ends at the old Expanded Universe. I didn’t read any of those books or comics (now considered STAR WARS: Legends), so I can tackle these things fresh. For people like me, that opens up a lot of fun possibilities. For others (even non-STAR WARS fans), there’s not a lot to love here.

DO YOU LOVE DANNY’S WRITING? OF COURSE YOU DO! READ MORE OF HIS STUFF!