“It’s a gritty, dark, violent take on the Arthurian legend. It’s Lord of the Rings, meets the Sopranos. It’s like nothing you have ever seen before” – Every Screenwriter at Every Pitch Meeting Ever.

I can not remember the last time I have seen an actual storybook fantasy. The “dark, gritty reboot” has dropped its loose, dirty arcade machine claws onto every genre possible. Nothing is sacred: Batman, Robin Hood, Santa Claus, Power Rangers, etc. (It is not completely unreasonable that a Guy Ritchie gritty reboot of the term “etc.” is in our immediate future).

However, for a dark, gritty reboot to exist, there must be a light original with which to “Nolan-ify.” I posit to you that we have not seen a normal fun fantasy sword-and-sorcery epic in so long that we are now dark and grit-tafying something that we don’t even have.

Read: Take a look at our LADYCASTLE #1 Review: As Fragile As Frags!

Delilah S. Dawson and Ashley A. Woods’ LADYCASTLE is the first pure piece of fantasy that I have seen in eons, possibly epochs, and maybe even ages. This series is pure, uncut castle-crashing candy. In this tale, King Mancastle and his crew ride off on a crusade and leave all of the women in the kingdom behind. When a dragon flame broils all the men, it’s up to the remaining women to defend their home from all kinds of monsters. 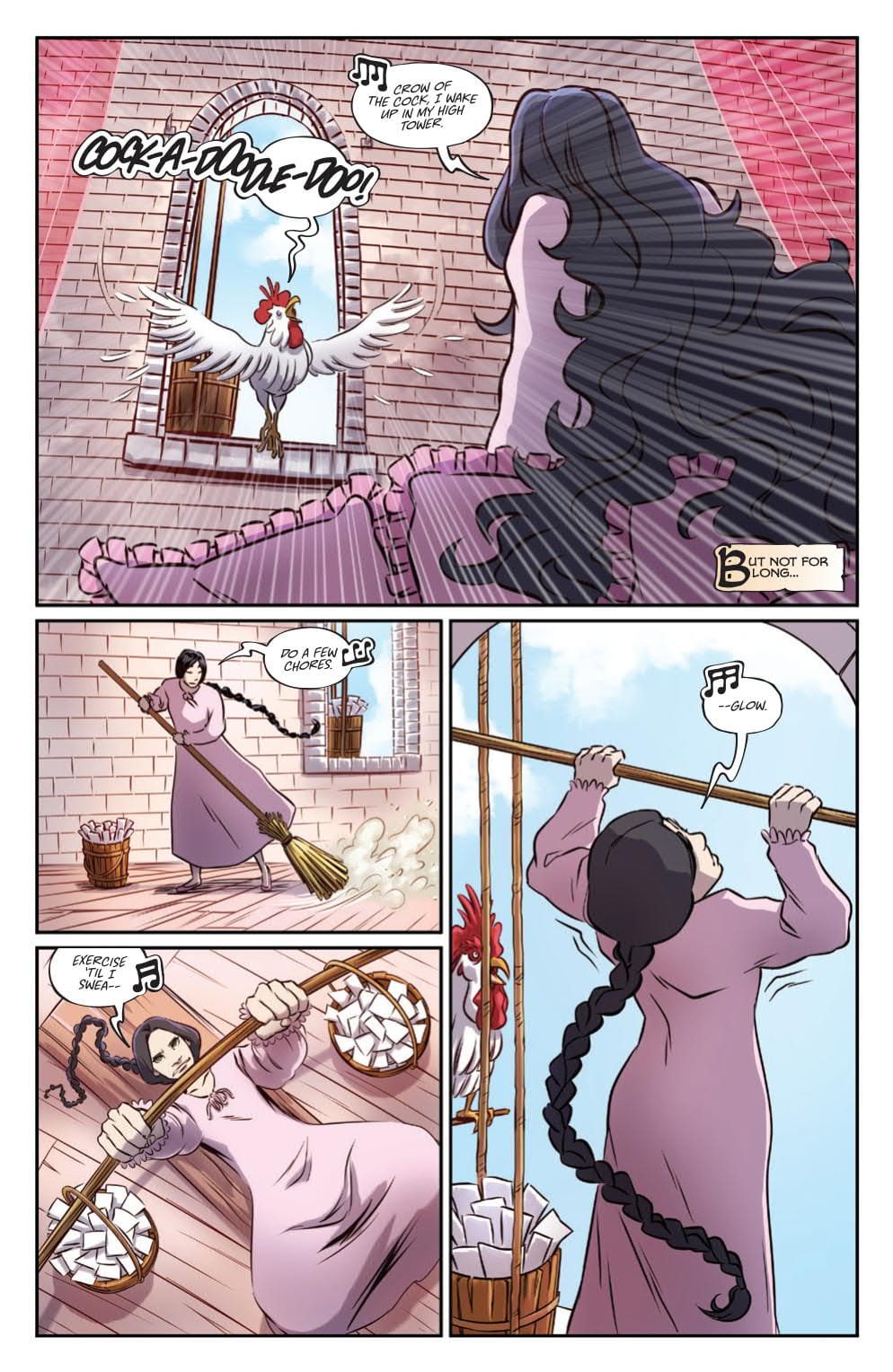 When I first read the description of this book, I was scanning to see what the gritty post-modern lemon twist on this thing was gonna be, and I couldn’t find one. This creative team has just made a pure creative fantasy story. There are castles, dragons, moats, blacksmiths, princesses, swords, and towers.

READ: Interested in More Fantasy Adaptation? Check Out Our Article on Why Turning Fantasy to Reality Can Be Problematic!

Straight-up fantasy is like lead-based paint. It once was everywhere. We surrounded ourselves with it. We found out it was bad for us, and we completely got rid of it. However, the creators of LADYCASTLE understand that what was once “fun-fantasy” was riddled with man-fueled invaders and bad damsel in distress, anti-democratic tropes.

After realizing that Snow White and Sleeping Beauty were perfectly capable of taking care of themselves, Hollywood did a total 180(or one-lady if you will). They threw the enchanted baby out with the bathwater, and we started getting SHREK, a dark and dangerous LORD OF THE RINGS adaptation, and GAME OF THRONES. They actively rejected old fantasy and played angry opposite-day with every cliche. The studios screamed: “This ain’t yo mama’s fantasy !!!” 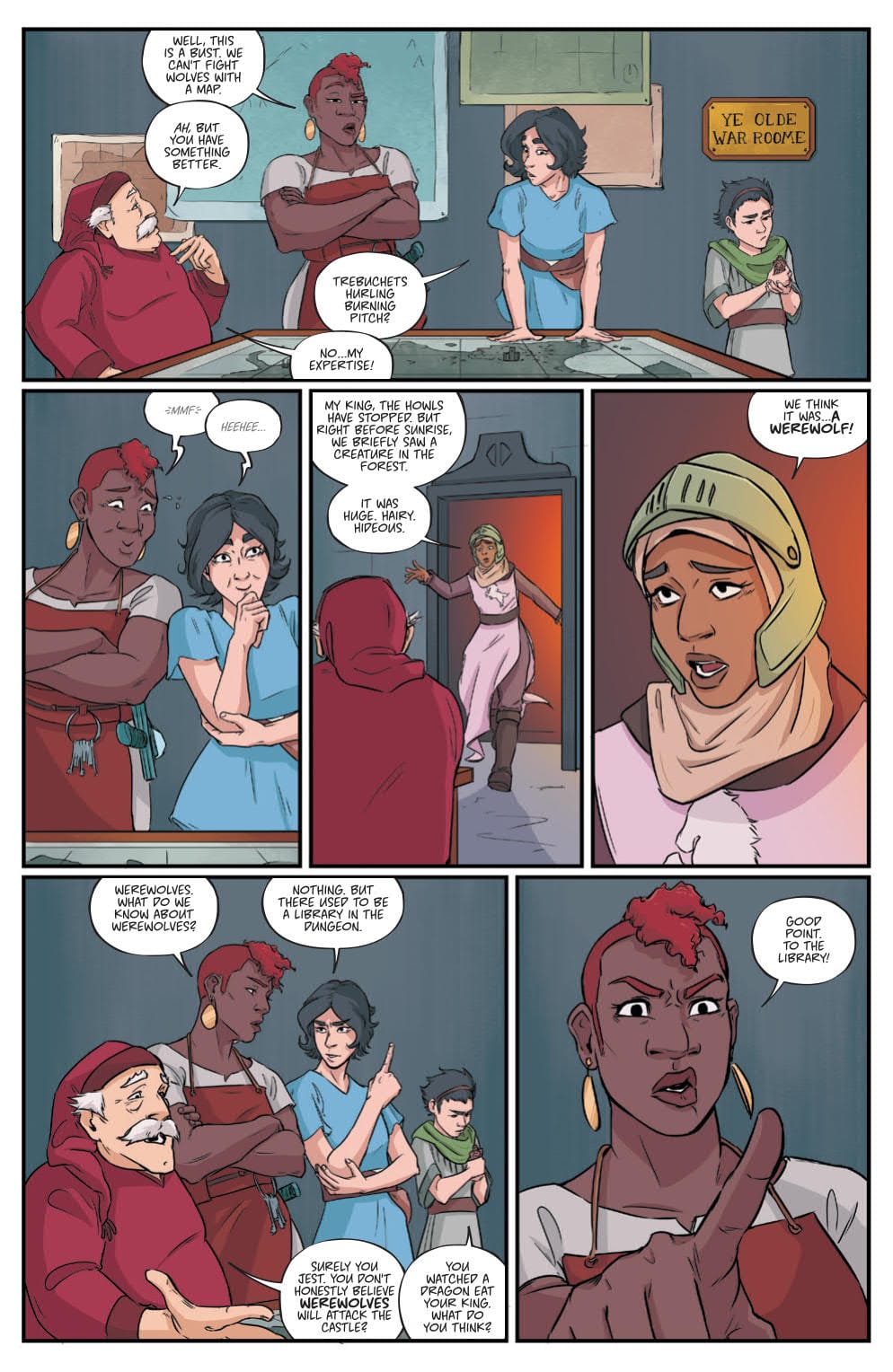 Dawson, LADYCASTLE’s writer, saw her lane, and she dove right in. She understood that goofy and fun does not mean backward. Fantasy can still be fun without being faux-edgy, self-referential, or meta. She is able to update her series for modern times, without taking out the great elements. There is Aeve, a clever, offbeat princess waiting in a tower. She is not helpless or hopeless; she is a regular nuanced person. Merinor is a blacksmith’s wife who becomes king. She is strong, caring, and nervous about her newfound position. Gwyneff is the typical overzealous little sister who just wants to be a knight. The women in the town are competent and eager to accept their new roles. 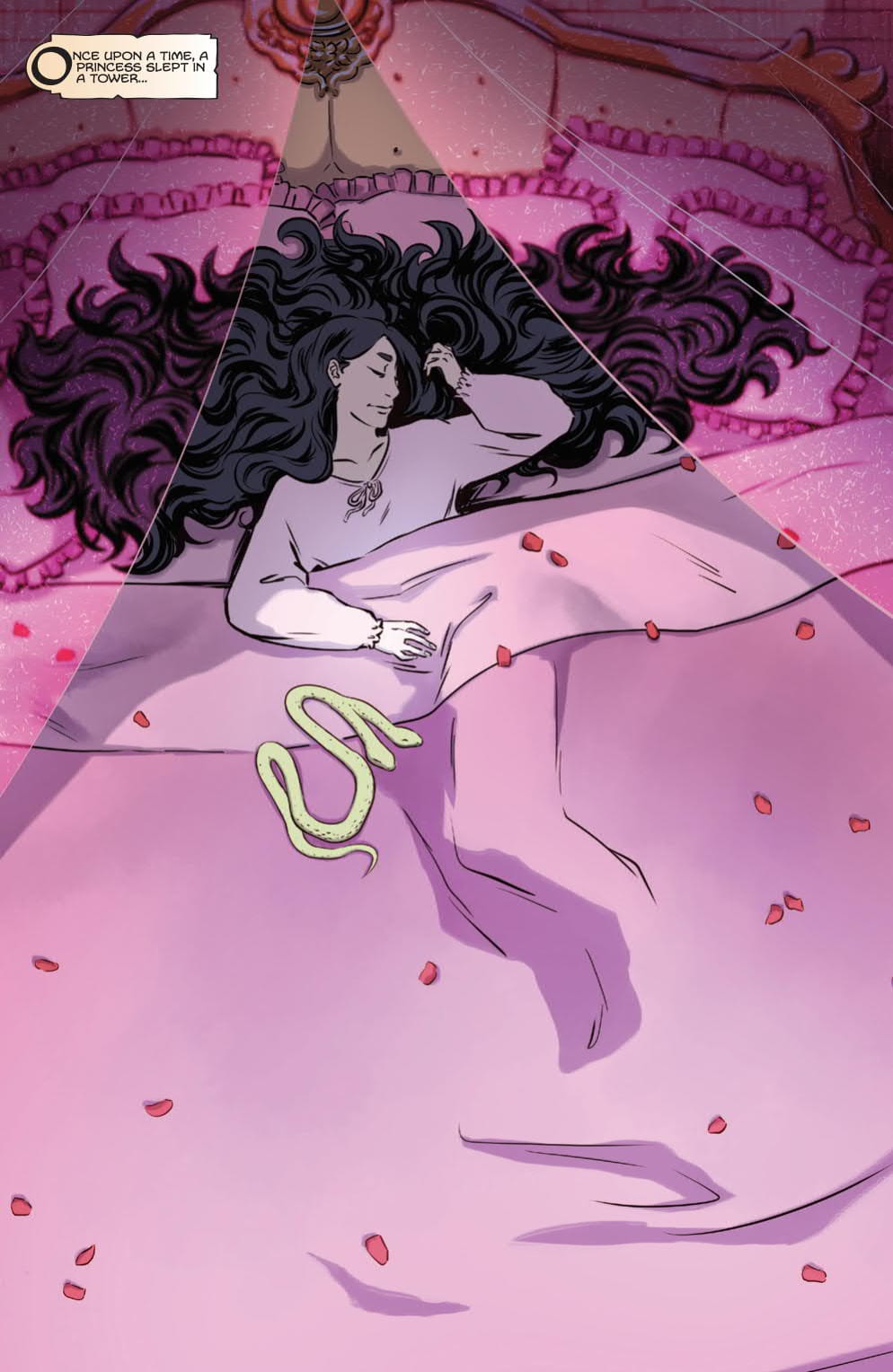 Meanwhile, Woods’ art is fun, bright, and cartoony without being a pure cartoon, and the characters are relatable enough to make us truly feel for them. The castle’s ladies are diverse in age, race, and appearance. The setting is magical. The castle is vivid and blocky. The objects are crooked and craggy. The magic looks like magic with all the stars, purple smoke, and twisty clouds you would expect. It’s a straight-up fantasy wonderland.

LADYCASTLE is evidence that Disney-style fun fantasy can evolve without unraveling. This comic is not an homage, a revamp, or snark. This comic is what it is: pure fantasy.