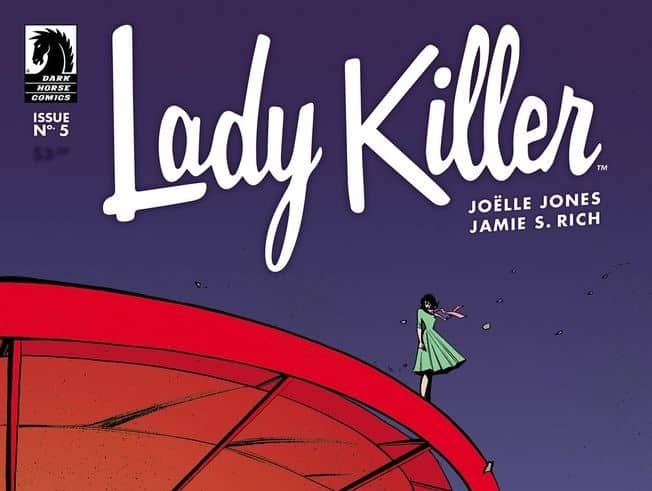 Josie Schuller is a top assassin for a company that’s turned their back on her. With no friends in the agency, she forms a partnership with two outsiders to help seek revenge. Josie, Ruby and Irving enact their plan at Seattle’s World Fair where they’re able to confront Peck & Stenholm.

It’s a bloody battle with loss on both sides, but the real twist comes from the reveal of Irving’s true character—he’s from Mama Schuller’s past and seems to be a real dangerous guy. Although Josie comes out okay in the end, we know it’s not the end for her.

What is it about Lady Killer that made it such a compelling series? For starters, Jones & Rich added both humor and an underlying feminist touch to the series; Josie may be living in a decade where she is restricted by sexism, but she manages to use her obstacles to her advantage to get her job done and balance her family life. In her confrontation with Stenholm, the boss tells her, “You never had a choice.” It’s a chilling moment that resonates.

Additionally, Lady Killer turns the female assassin genre on its head because of its setting and its protagonist. While it fell back on a few tropes and general story ideas, the overall comic still feels fresh in both its approach and its art, making it a must read series.

Although Lady Killer ends for now, Jamie Rich hints that Josie Schuller may be coming back—it’ll be great to see how they explore her post-assassin days.