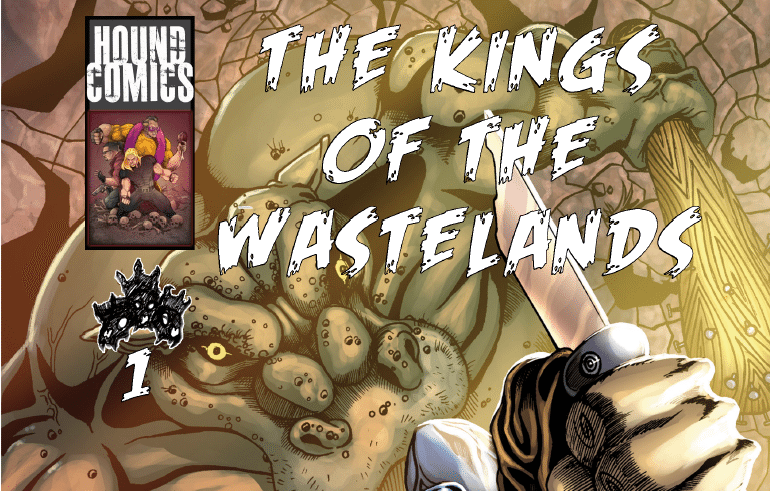 In a post-apocalyptic United States seemingly void of humans and filled with anthropomorphic animals, one dog tracks down a gang of zoo animals to avenge his murdered family.

THE KINGS OF THE WASTELAND #1 by Delbert Hewitt, Ross Campbell, and Juan Marquez 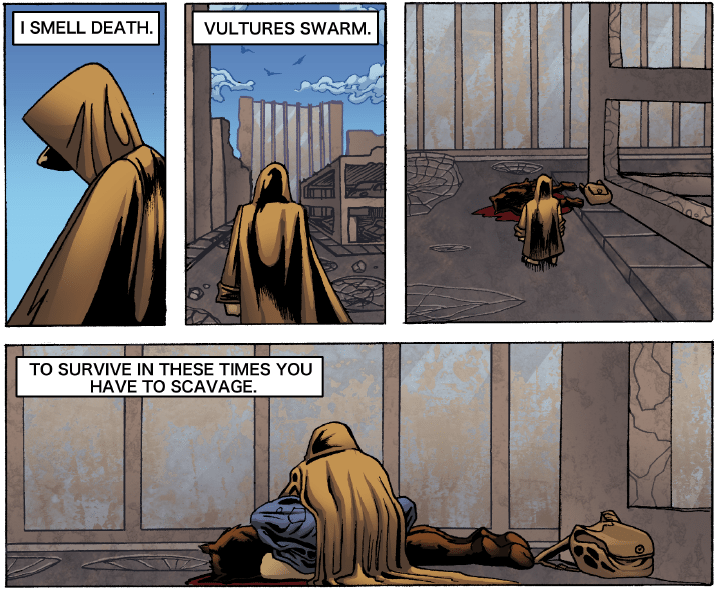 THE KINGS OF THE WASTELAND is an indie comic by Delbert Hewitt, Ross Campbell, Juan Marquez and published by Hound Comics; it follows Jacob, a gruff loner of a dog as he sets out on his quest for justice. Within the issue’s 28 pages, Jacob picks up two sidekicks and has his first run-in with the Zoo Gang, which consists of a few menacing wolves, a tiger, monkeys and a hippopotamus.

There isn’t much in terms of background information, aside from the opening panel setting the location. The comic opens with Jacob narrating, mentioning there was an explosion, and he found himself with the ability to walk and talk like humans. Yet there’s no timeframe which leads to a yet-to-be-answered question: was his family killed before or after the explosion? The immediacy throws off the pacing before it corrects itself.

If you like independent series, check out our review of Elena: Divinity Rising!

The comic’s strongest point is its use of non-human characters for a very human storyline. While the twist itself is creative, the first issue fails to deliver and go past being cliché, mostly due to undeveloped dialogue and one-dimensional characters. Small speeches about trust and revenge are tired out. However, the pacing, action and panel layout of THE KINGS OF THE WASTELAND help to move the story along with a sense of urgency, reflecting Jacob’s determination to seek out his family’s killers. The art is distinctive as well, although the colors seem too bright for such a potentially dark setting 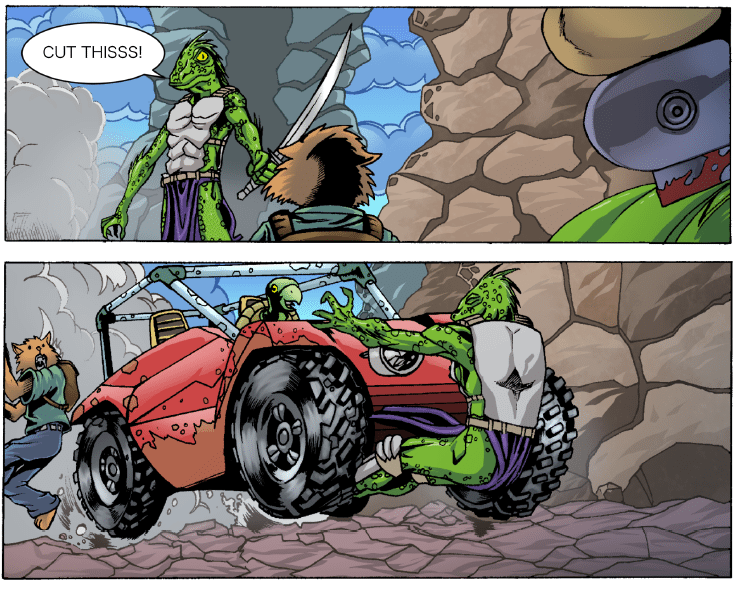 THE KINGS OF THE WASTELAND is an overall decent attempt at telling an old tale in a fresh, new way. With a more focused effort on dialogue and some added depth to the characters, this series has the potential to be gripping.

Check out recommendations of indie comics from fall 2014!