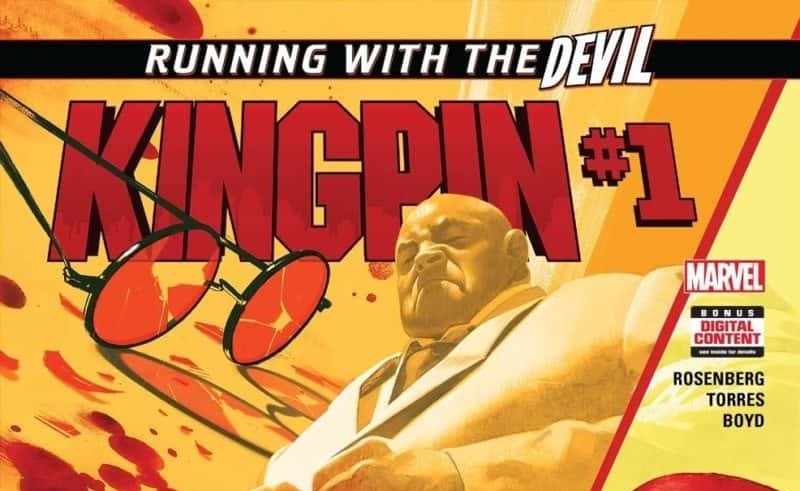 “Wilson Fisk has done some bad things. Deplorable things. He has cheated the law. He has blackmailed rivals. He has killed. But that’s all in the past now. It’s time for a new beginning.”

At least that’s what we’re told in the press release for KINGPIN #1, a new ongoing series from Marvel. How things will actually play out is still up in the air, but Marvel is committing some strong talent to this new book, with Matthew Rosenberg and Ben Torres working on the title. The real question remains: how is the Kingpin’s possible redemption going to play out? Wilson Fisk has hit some pretty hard times in the past, and he’s coming to New York to start from the bottom. That’s already setting the stage for a strong story, since the Kingpin is usually, well, the king of the crime world. Even his methods for going legit aren’t without question, as the press release indicates a fallen reporter and blackmail.  So while it’s clear that Wilson Fisk may be trying to go straight, it may only be a matter of time before he’s sucked back in.

This is an intriguing concept for such a classic villain, as the story of the villain doing good can be a strong story if done well. There are still many questions, mainly how Marvel will succeed in making readers believe in Kingpin’s initial desire to go straight. The concept already has some shades of Norman Osborn’s run as leader of H.A.M.M.E.R and the Dark Avengers- a major villian taking a publicly heroic role that secretly furthers his own agenda. It’s not too far fetched to see Fisk take a similar role. However, the Kingpin is different from Osborn. This is one of the greatest crime boss figures in comics history. There’s a more realistic mafioso element to the character that makes him seem more real, and also more entrapped by his crime connections. It’s going to take serious effort to make Kingpin seem to even have a hope of redemption, regardless of how he may end up.  And if that’s the direction Marvel wants to go, then they would do best to follow an example from an modern interpretation. 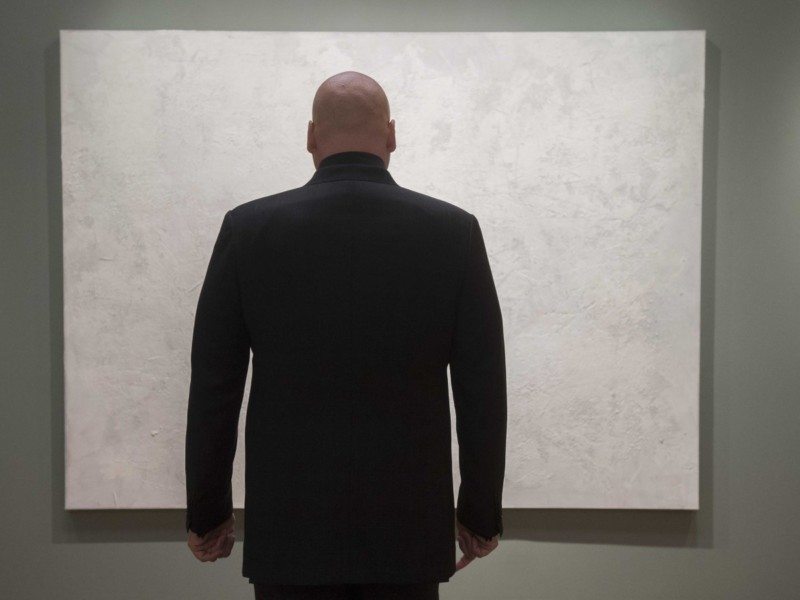 While it’s not totally accurate, it would be hard to say Netflix’s portrayal of Wilson Fisk on DAREDEVIL isn’t an inspiration for this storyline. On the show, Fisk is still heavily involved in crime, but plays far more sympathetically. He has difficulty expressing his feelings to his love, Vanessa, and suffered the abuse of an abusive father. Fisk still has a vision for improving Hell’s Kitchen, even with all his illegal goings-on. That’s not to say this version of Fisk is entirely sympathetic, as he is capable of extreme violence under stress.

However, if Marvel plans to tease Fisk’s redemption, this is the kind of balance they want to strike. It’s somewhat similar to Fisk in the RETURN OF THE KING story, where he lived normally in Spain and built a relationship with a woman, only to see her murdered and return to New York to take revenge. Again, this was a violent story but not so violent that sympathy could not be felt for Fisk.

Whether this is an attempt to push Kingpin closer to his Netflix counterpart, or just explore different territory, KINGPIN #1 has promise of being a gripping story of the pull from both good and evil. As long as Marvel keeps that conflict in mind, this could be a wonderfully dark ride through the psyche of one of their greatest villains.