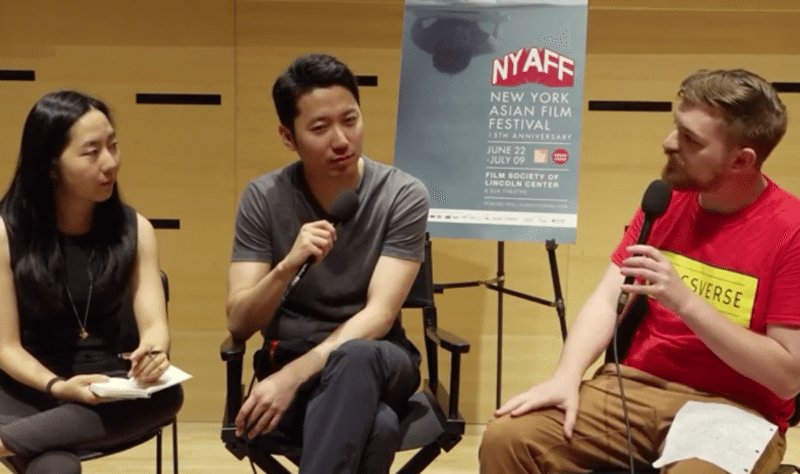 Like unearthing a nugget of gold, it’s always exciting to discover a new film, especially one that shows as much potential as THE BOYS WHO CRIED WOLF. The film comes from first-time director Kim Jin-Hwang. When I say first-time, I very literally mean first-time. The film THE BOYS WHO CRIED WOLF is Kim’s graduate project from the Korean Academy of Film Arts. It’s an incredible first effort from such a young director.

CLICK: Check out our review of Jin-Hwang’s THE BOYS WHO CRIED WOLF

One of the things that struck me while watching the film was the level of maturity in the script from such a young director. The term “student film” conjures up stacks of garbage Tarantino knock-offs. However, Kim interest lies in characters and their internal struggles than gunfights and blood. This is especially surprising considering Kim’s first film is a foray into the mystery genre. Rather than just trying to solve the mystery of who committed a murder, the main character also tries to discover the motivations for it. Kim is interested in both the how and the why of characters, which is what makes his first feature so strong.

In my interview with Kim Jin-Hwang, we discussed the challenges he dealt with in creating this film. After all, Kim took on roles of directing, screenwriting, and producing, Kim’s influences as a director, and how he brought the film to the New York Asian Film Festival after completing it for his graduate project. THE BOYS WHO CRIED WOLF is a film I would recommend to anyone. If you enjoy the works of suspense masters like Park Chan-wook or Alfred Hitchcock, this film is for you. Kim Jin-Hwang is a director who film fans should keep on their radar for his future work. His directorial skills develop and reach the potential he has shown in his first film.

WATCH: Check out our interview with director Lee Joon-ik and Shin Yeon-shick at the NYAFF!