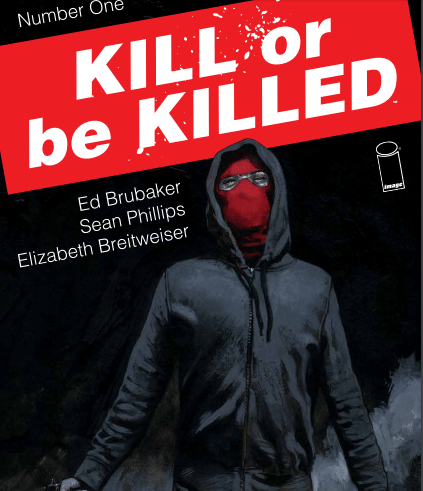 When KILL OR BE KILLED, the new series by award-winning writer Ed Brubaker and artistic team Sean Phillips and Elizabeth Breitweiser, begins, the narrator’s voice is fragmentary as he tries to find the beginning of his story, of his new life as a vigilante with a supernatural twist. This first issue reads like the prologue of a novel, where the characters and their depth take a backseat to the introduction to the world. We’re told that he has been forced to murder bad people. How did he get to this place in life? Was it the night, New Year’s Eve, when Dylan’s date Daisy was harassed on the bus and he couldn’t do anything to stop it? Or, even though Dylan never admits it, was it the night he realized his feelings for his best friend, Kira, are more than friendly? Perhaps it is a culmination of all of these, leading up to the moment that changes everything forever. 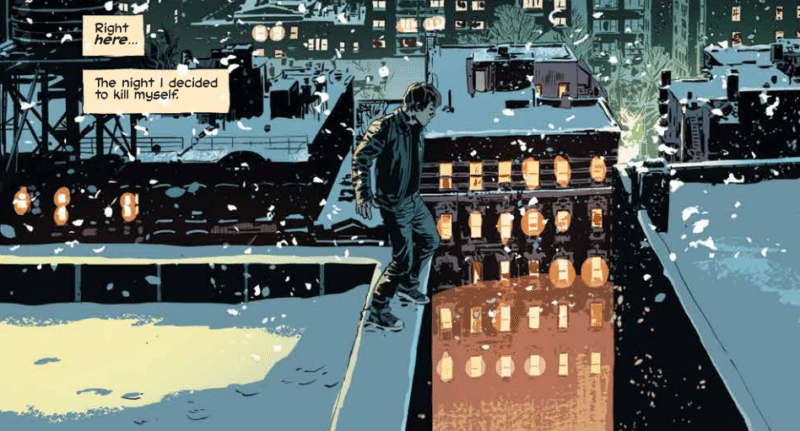 READ: Our review of THE MIGHTY THOR #9!

The story accelerates from then on, launching us into Dylan’s new life and new role as an unwilling vigilante. As with many first issues, the exposition of the story and the world seems to be the most important part here, obfuscating many other essential parts of the narrative. Mainly, to make room for the set-up of the world, I found all the supporting characters (and Dylan to a lesser extent) severely archetypal. At the same time, I don’t doubt that as the issues continue the characters will deepen and complicate the world around them—a world that Brubaker has admittedly established excellently.

After the opening scene, we’re introduced quickly to the other characters, and here is where my main problem with this issue lies: besides Dylan, there is his best friend Kira and her boyfriend Mason, who happens to be Dylan’s roommate. Can you see what’s coming? You guessed it: a weird, seemingly baseless love triangle. Kira is introduced as Dylan’s platonic best friend and then, suddenly, with almost no lead-up, Kira is coming on to Dylan. It’s only after they start making out whenever Mason leaves the room that Dylan realizes he has actual romantic feelings for her. Before that realization, he’s under the impression that he simply misses having someone around who understands him as much as Kira supposedly does. The latter situation is relatable, incurs my sympathy, and would give these characters some depth. But when Dylan realizes it’s really romantic love and jealousy he feels regarding Kira, I have to roll my eyes. Come on, haven’t we heard this story a million times before? 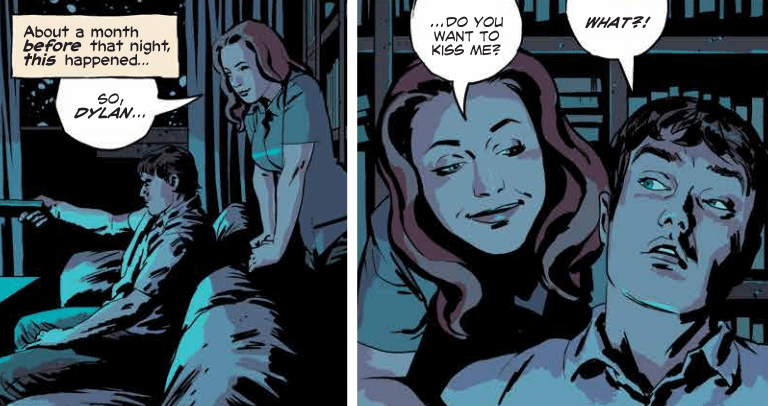 A guy likes his pretty-girl best friend, but she happens to be dating someone he’s close with, forcing them to be around each other all the time? Forcing him to be around the couple all the time? That’s such an overdone trope that I found my experience of reading the issue slightly dimmed. Kira herself doesn’t have much of a personality. Dylan tells us that she’s his best friend, the only one that gets him. However, aside from one lone panel, we see nothing that actually speaks to this in either of Kira’s or Dylan’s characterization. In fact, I’m hard-pressed to find a clear motivation in Dylan, Kira, or Mason for any of the decisions they make, especially with regard to Kira’s interest in Dylan.

Read: check out our review of WE CAN NEVER GO HOME Vol. 1, an “unparalleled” comic! 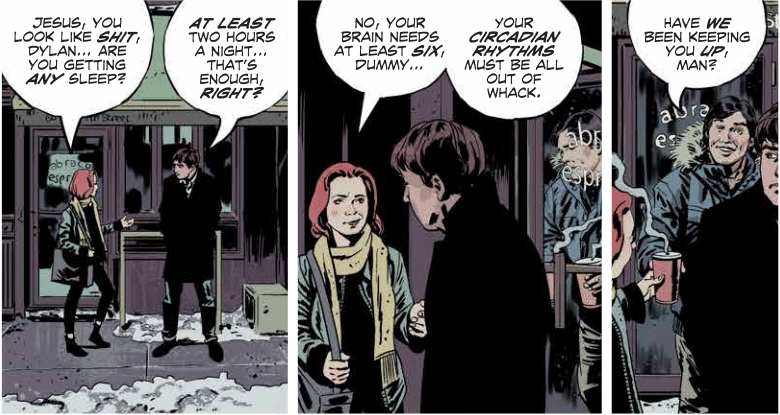 The art, on the other hand, is hands-down, no-caveats amazing. Breitweiser and Phillips do an amazing job of creating a variable and atmospheric world. The color scheme changes from dark and dreary (appropriate for the attempted suicide panels), to brown and grungy (in order to highlight their ramshackle apartment), to bright, vibrant colors that accent panels in an effective and surprising way. Their art is really what makes the story come to life; it makes the story breathe. 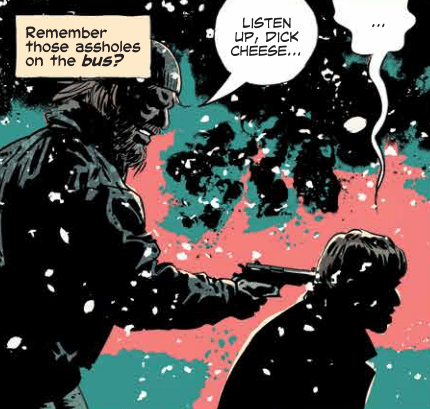 Despite the fact that this plot feels somewhat formulaic (lost guy + unrequited love + self-pity = accident which leads to sudden superheroic life), there are unique facets of the plot that keep the reader interested. In the end, Dylan is left even more lost than before. He’s held captive in a life of murder and involuntary vigilantism, devoted to what’s right for all the wrong reasons. Though Brubaker focuses more on building this world than inhabiting it, the world he’s created is undoubtedly intriguing. It’s dark. It’s confusing and unfair. It’s thrilling. It’s fun. It’s scary. It is, indeed, a “deconstruction of vigilantism.”