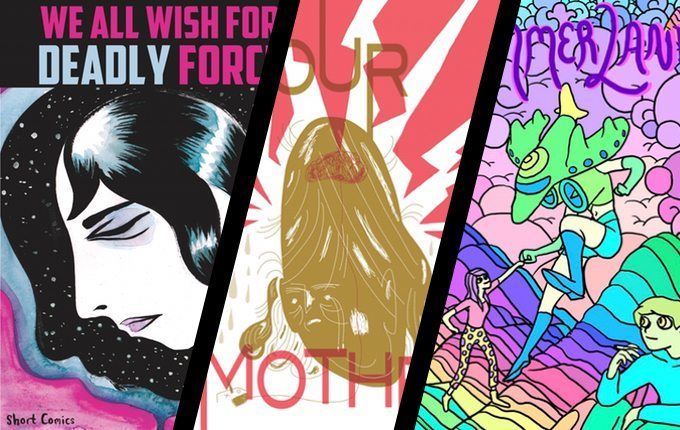 He’s the one with the shaggy hair and the bandana. Nice guy, cheery at comic shows, funny on Twitter. Brilliant cartoonist, trailblazing indie comics publisher.

On the Tuesday afternoon we speak, we’re both anxious about the future. I’m thinking about the job interview I’ll head to right after we get off the phone. Box is thinking about the Kickstarter project he hopes will fund his brain child, Retrofit Comics, for the next year. If I don’t get it, I’ll get another job. If Box doesn’t get it, well, it wouldn’t be great.

“It would suck ass,” he says with a laugh.

Box has skin in the game, sure, but it’s not like Retrofit is a golden goose for him or his partners at Big Planet Comics, the Maryland-based shop that jumped on as Retrofit’s distributer in 2013. At the heart of it, Box just loves comics, and Retrofit makes good comics.

This new project features 12 comics from a list of artists that looks straight out of a week on the Comics Workbook Tumblr.

There’s ELF CAT IN LOVE from James Kochalka, the guy who wrote Retrofit’s first comic (FUNGUS), the deliverer of occasional second opinions on Box’s editorial choices, and the only Retrofit artist with whom Box says he talks on the phone. (“James likes talking on the phone,” he says.)

There’s also Eleanor Davis’s LIBBY’S DAD, a beautifully illustrated story of a group of girls at a pool party sleepover.

“I trusted Eleanor to do something awesome, and she did,” Box says. “It’s always mind-blowing to work with someone with that kind of talent.”

Then there’s longtime cartoonist Leela Corman’s WE ALL WISH FOR DEADLY FORCE, an anthology of freelance work that perhaps best personifies Retrofit’s embrace of short-form comics.

At this point, with just shy of $14,000 to raise over the next week, you won’t hear Box say that Retrofit’s story could end here—not with so many great comics to put out, not where it (sort of) began five years ago. 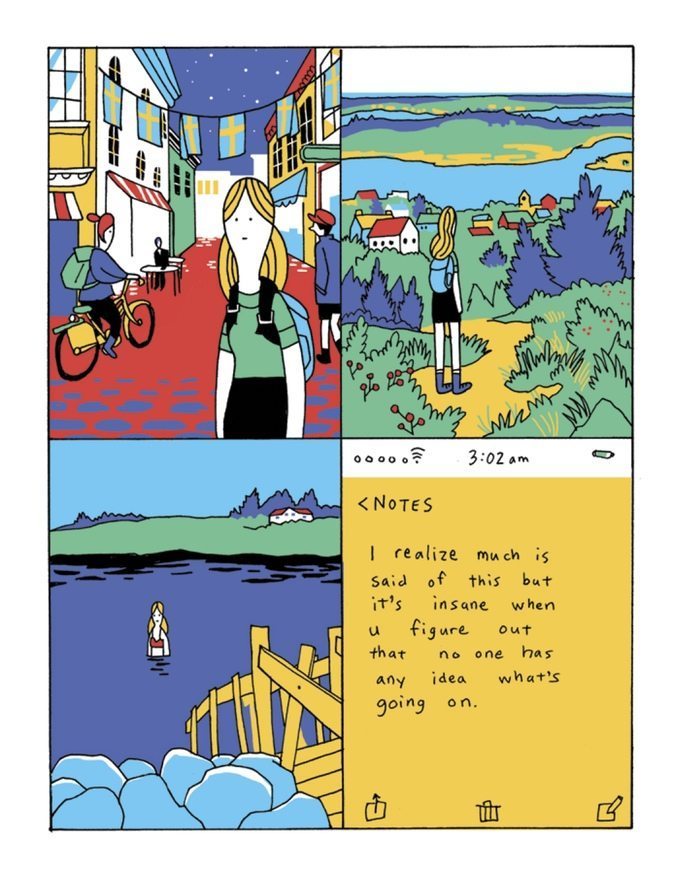 In a parallel to the modern era’s treatment of superhero movies, Box seems to have told the Retrofit story ad infinitum, and it pretty much always includes two parts.

First, there’s the part where he was just looking for stuff to read on the bus ride home. Poking around his local shop, he found that everything that drew his eye was a shot to the wallet—$20 where he wanted to throw down $5.

“I was jealous of fans of superhero comics,’” he told Full Stop in 2013. “Superhero fans can get multiple new issues of comics every Wednesday for a couple of bucks.”

The industry’s move toward graphic novels meant he’d have to pay more for content he liked, but it also fed the second part of his motive for starting Retrofit: finding more opportunities for up-and-coming alternative comics artists. The industry’s emphasis on longer work means that younger artists have fewer outlets.

“I love reading graphic novels, but it’s difficult for new artists to all of a sudden produce a 200-page work,” Box said in a Robot 6 interview back in 2011. “It takes a really long time to do that, and I don’t think that is the best way to develop.”

The result is Retrofit Comics, a publisher that emphasizes short, pamphlet comics — “floppies,” as Box likes to call them —at affordable prices. The company first emerged directly out of work he was already doing at the time. Just before he founded Retrofit, Box was self-publishing EVERYTHING DIES, the great comic that first brought me to his work. It was a struggle to put out more than four of his own issues a year, but he realized that if he pooled artists—friends who were also self-publishing—he might be able to put out a comic each month and get a base of subscribers to read all of their work. Enter Kickstarter. 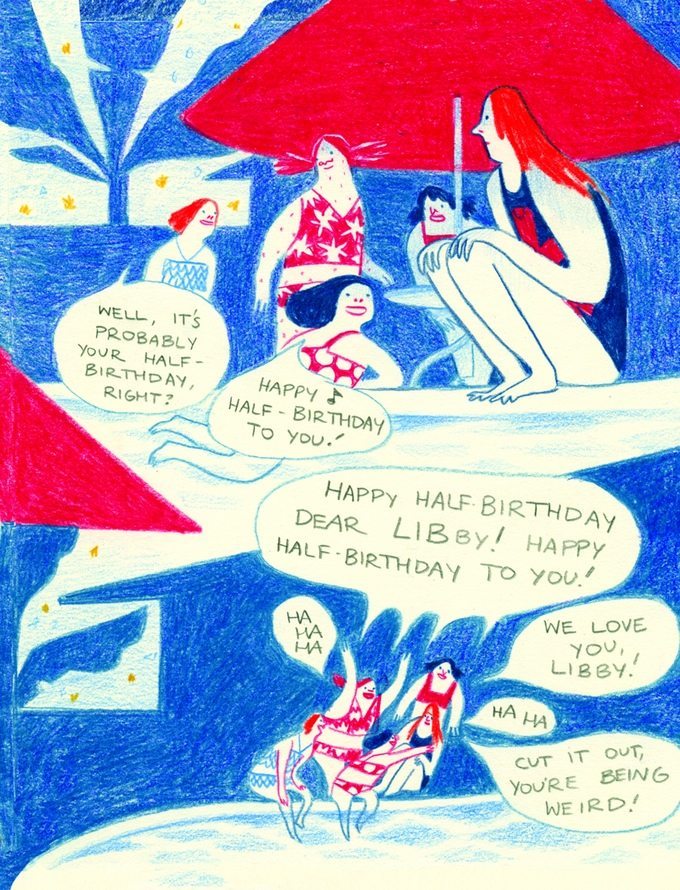 By the time the first Retrofit project launched, Kickstarter had already emerged as a force in indie comics publishing. In the summer of 2011, Publisher’s Weekly slotted the site as the third-largest indie publisher in the country, behind Dark Horse and IDW. The summer of 2011 also marked what’s still one of the great successes in comics Kickstarter history: The WOMANTHOLOGY project from Renae De Liz that asked for $25,000 and raised $109,302.

When Box launched the Retrofit Kickstarter in June of 2011, he was no stranger to the site. Two years prior—and just seven months after Kickstarter was founded—he had run his first successful Kickstarter campaign, funding EVERYTHING DIES, described as, “two related floppy comics (you know, the good kind).”

In the time since the first Retrofit Comics campaign, which raised $9,939 for the publication of 17 alt-comic floppies, both Retrofit and Kickstarter have evolved. Kickstarter now lists over 3,700 successful campaigns under “Comics,” and the projects run the gamut of the comics world: conventions (like the popular Flame Con in New York City), webcomics (which have drawn on loyal followings to fund some of the largest comics Kickstarter campaign thus far), individual issues, full-length books, anthologies—and, of course, publishers themselves.

Some of the finest names in small press comics have come through Kickstarter at some point: Sparkplug Books, Yeti Press, Study Group Comics, 2d Cloud. It’s not just the smaller guys, though. In 2014, Fantagraphics became the first big comics publisher to hit Kickstarter, attracting $222,327 from nearly 3,000 backers. 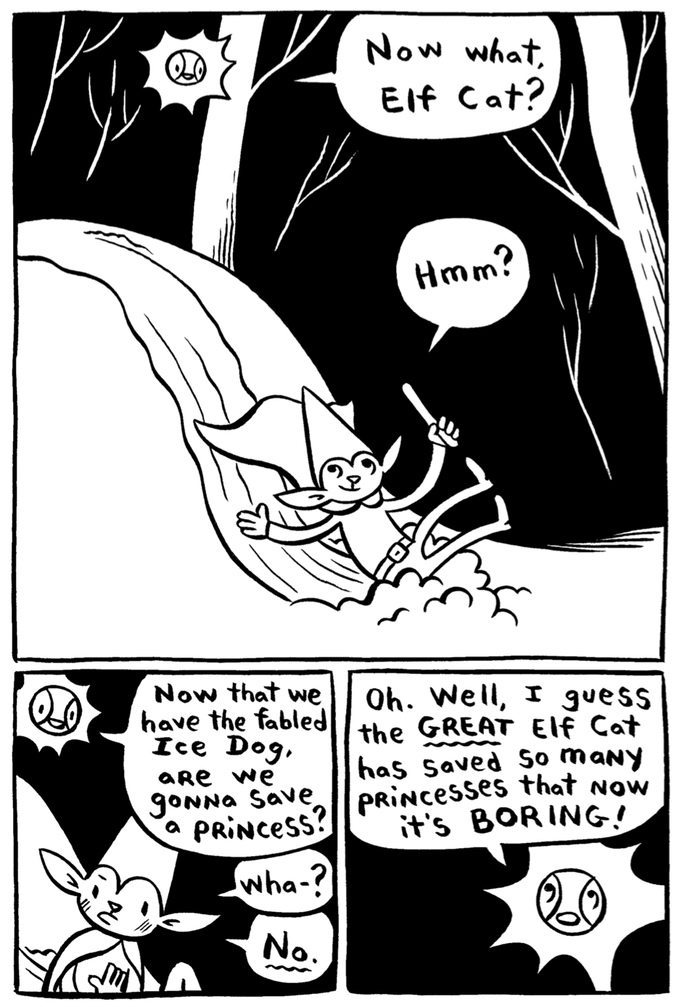 Retrofit, meanwhile, has flourished, going well beyond the initial 17 comics—they’re up to 45 and counting—and working with many of the best names in alternative comics today. For Box, it all comes down to making good comics.

READ: ComicsVerse has webcomics! Take a look at one our newest, MILLENIALS!

While Box is an alt-comics guy, he doesn’t think Retrofit’s comics are just for that community. The “alt comics” genre explicitly partitions itself off from publishers like Marvel and DC: If they are the mainstream, Retrofit and publishers like it are the other, the alternative. That doesn’t mean, though, that readers need to live only in one camp.

“I think there’s people that only read Marvel and stuff—I think they do like reading all these comics; it’s just that not everybody’s been exposed to this stuff before,” Box says. “You can still like superhero comics and be into alternative comics—totally. There’s not as much of a separation as people think. I think people would really dig stuff like this. They maybe just don’t know it yet.”

Readers looking to make the leap have until April 8 to back Retrofit’s campaign. If the project falls short, Box says he and his partners at Big Planet will have to take a step back and reassess. If it succeeds, though, Box will breathe a sigh of relief, and the world will get some more great comics from Retrofit.