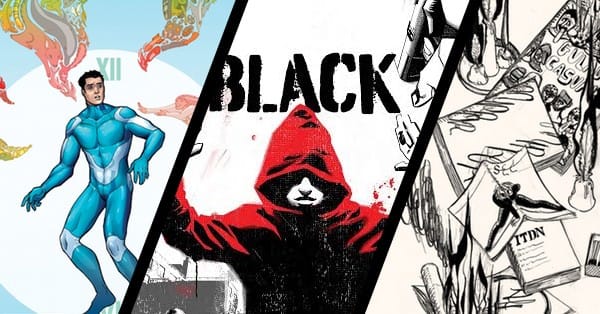 One of the most interesting effects of the internet on comics is its role in financing. Over the last seven years, two sites with potentially huge roles in the funding of comic creation have emerged: Kickstarter and Patreon. The former lets people chip in for projects that they want to support; the latter lets people do the same for individual creators that they like.

For comics, the effects are massive. Actor Zach Braff generated some controversy in 2013 when he asked for—and got—over $2 million for the funding of his film “Wish I Was Here.” For some, the project begged the question, “Why did he need crowdfunding?”

In comics, the answers seem obvious. First, comics are time-intensive. I recently discovered the artist GG through Comics Workbook, and her Patreon page‘s description of the process underscores the challenge: “making comics is one the least lucrative yet most time-consuming things to do.” Second, there aren’t many “traditional” funding mechanisms, and the ones that do exist can compromise creative integrity.

That’s why Kickstarter and Patreon seem so revolutionary for the industry. The crowdfunding model helps ensure that the best work gets made. As these sites develop, though, a further challenge exists: How can we know the best projects to crowdfund? Patreon clearly depends on personal preference (Like an artist? Fund their Patreon), but Kickstarter can be way more difficult to track because of the multitude of projects out there.

The Kickstarter Comics Round-Up is ComicsVerse’s effort to keep readers abreast of the latest and best Kickstarter projects. This week, we see a range of projects out there: a classic superhero story, a socially conscious graphic novel, and a collection from a cutting-edge indie publisher. Each week, we will suggest three projects to take a look at. Even if you don’t fund them all, maybe you’ll find one or two that tickle your fancy. Check back each week for new Kickstarters.

HYPE by Jimmy Palmiotti, Justin Gray, Javier Pina, Alessia Nocera, and Bill Tortolini
Ends: Feb. 18
Rewards Highlights: For print readers, $24 for the finished graphic novel signed by Jimmy Palmiotti (plus your name in the book and a digital copy). For digital readers, $16 for digital downloads of this and two other Kickstarter books from this team.
Notes: Palmiotti and Gray are Kickstarter veterans, and HYPE looks like a winner. The art, featured in the project description, is simple and effective, and the concept is cool: the titular Superman-like character is awake for only one hour a day. If you’re interested in this one, be sure to check out our interview with the writers.

BLACK by Kwanza Osajyefo, Tim Smith 3, Jamal Igle, and Khary Randolph
Ends: Feb. 29
Rewards Highlights: $25 for the finished book (plus a digital copy and various other downloads).
Notes: This project has gotten significant coverage in the press (including a piece by the Washington Post), and it looks vital. The story: A victim of racial profiling learns the closely kept secret that a portion of the world’s black population has superpowers. The comics industry’s whitewash doesn’t reflect the real world, and it’s worse for it. BLACK is a step towards progress.

Winter Collection by 2d Cloud
Ends: March 9
Rewards Highlights: For print readers, $39 for all comics in the Winter Collection. For digital readers, $9 for digital versions. Want more? $119 for all three seasons of 2d Cloud books so far.
Notes: If you’re reading ComicsVerse, you probably haven’t heard of 2d Cloud. (This is the stuff that’s so obscure that it hardly exists.) This Kickstarter is a good chance to get to know them. It’s true independent comics: unusual, creative, ambitious. These books won’t make it into many comic shops, but those who read comics as art will appreciate this collection.

With Kickstarter and Patreon becoming a more and more important role in financing independent comics, I expect to see the number of projects and creators reaching those sites to grow. As the sites mature, it will be interesting to see just how big of an impact they have.

Let us know if you fund any of these projects, and be sure to check back here next week for the next installment of the Kickstarter Comics Round-Up!