The creative team behind BINGO LOVE consists of writer Tee Franklin, artist Jenn St-Onge, and colorist Joy San. The Kickstarter for this project features the first few very polished pages of this graphic novella. If this small sample is any indication of what’s to come from this creative team, BINGO LOVE is a project I can get behind. Judging by how quickly this project met its funding goal, it seems like a lot of people felt the same way. Franklin’s writing coupled with St-Onge’s adorable art promise to make BINGO LOVE a moving and innovative graphic novella.

BINGO LOVE follows Hazel Johnson and Mari McCray, two queer black teenagers whose friendship begins to grow into something more. Unfortunately, it turns out that the early 60s weren’t an ideal time in history for two women, specifically black women, to fall in love. After being forced by their families to marry men, Hazel and Mari are reunited by chance decades later in a bingo hall. 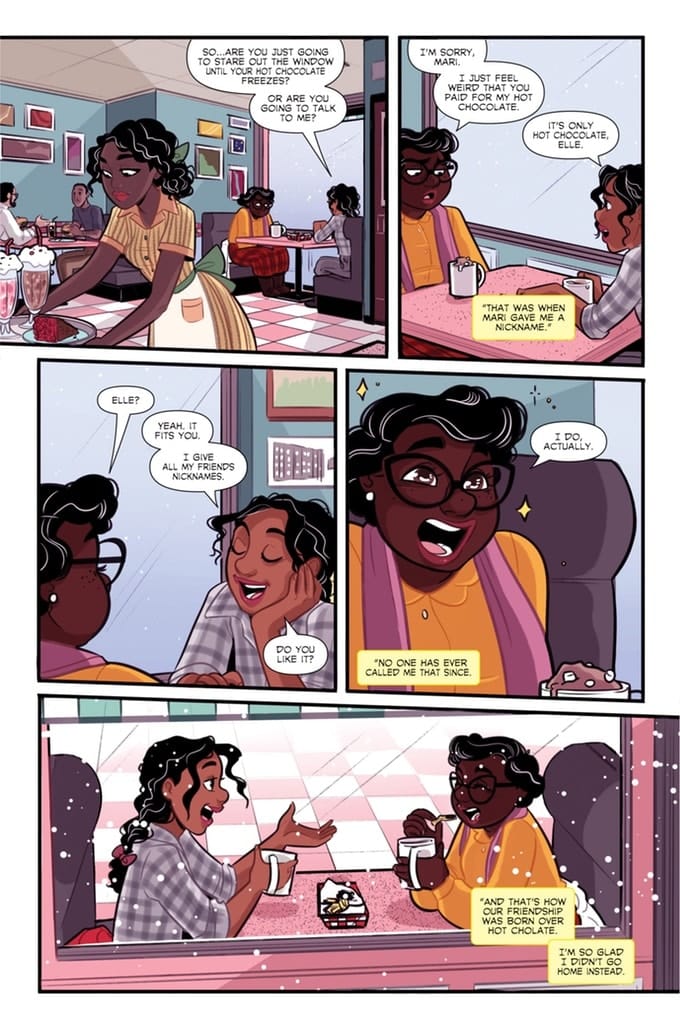 The BINGO LOVE Kickstarter campaign reached its initial goal of $19,999 within just five days of launching. I think it’s pretty obvious why people have responded so positively to BINGO LOVE. Not only does it revolve around a queer romance, but this love story takes place between two feminine black women beginning in the 1960s. Furthermore, after Hazel and Mari are forced to part ways, they rekindle their romance as mature women decades later. BINGO LOVE’s commitment to intersectionality aggressively breaks down stereotypes faced by the many communities its characters represent. Typically, lesbian relationships portrayed by most media feature two young white, able-bodied women. Hazel and Mari’s love story manages to defy all of these cliches.

READ: Can’t wait for BINGO LOVE? Writer Tee Franklin also contributed to LOVE IS LOVE and ComicsVerse had a lot to say about it!

Although BINGO LOVE has already reached its initial funding goal, there’s still plenty of time to back this awesomely intersectional project! The reward tiers start at just $5, with some of the higher levels including script and portfolio reviews by well-known comic writers and artists. The campaign ends on April 17, 2017, and BINGO LOVE is projected to be completed by December 2017.