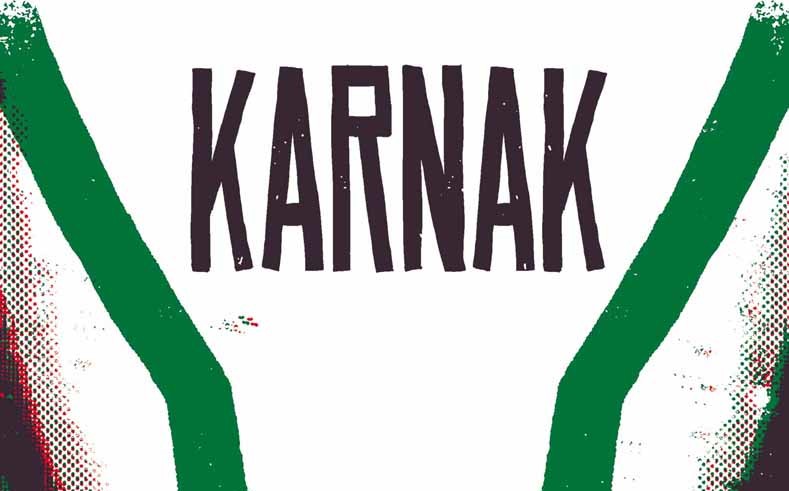 Take a character you don’t usually hear much of, add a top-rate creative team, and what do you get?  Perhaps a classic…

KARNAK was one of the more suprising titles to be announced as part of the All-New All-Different Marvel initiative. Karnak as a character is essentially a blank slate, but now with the spotlight on the Inhumans, this is a prime time to showcase one of the most interesting Inhuman characters. The question is: who do you get to introduce and reinvent a 50 year old character? Why Warren Ellis of course. Fresh off his stellar run on MOON KNIGHT, Ellis crafts an amazing first issue that brings Karnak into the modern age and makes this a book that must be read.

Read: How is All-New All-Different Marvel Shaping Up So Far?

The book opens up to a giant stone tower, The Tower of Wisdom. A hooded man interrupts a meditating Karnak, who sits solemnly staring at a giant stone block. “Magister. The Infernal Device is calling.” Yep. This is definitely a Warren Ellis book. Ellis does a masterful job painting who Karnak is in the current Marvel universe. He is the man (Inhuman?) who can see the flaw in all things and use that against it. Recently in Charles Soule’s INHUMAN run, Karnak was even able to see the flaw in death itself, forcing himself back to the land of the living. Ellis shows the intensity of someone who only sees things for their flaws.

In the new Marvel landscape, Karnak is the Magister of the Tower of Wisdom, a place where he helps aid those who have recently gone through Terrigenesis. In this issue, Karnak is called to help out Agents Phil Coulson and Jemma Simmons of SHIELD. An Inhuman child has gone missing, kidnapped by an AIM splinter cell, but SHIELD is helpless. Apparently human rights don’t apply to Inhumans and SHIELD, a governmental division, has their hands tied and needs to hire a third party to cut through the red tape for them. Karnak dryly remarks on how insane that is, yet agrees to the mission. Warren Ellis’ pacing throughout the issue breaks the normal #1 norms, which he even points out in the issue. Whereas a normal #1 would explode out of the gate, bringing action and adventure early on then focus on the exposition towards the end, Ellis completely flips this formula backwards. The issue starts off at a snail’s pace, but quickly ramps up and by the end it’s a giant action set piece. My only complaint is that the issue is a little out of balance. I would have preferred to see the climactic scene spread out through a page or two more. 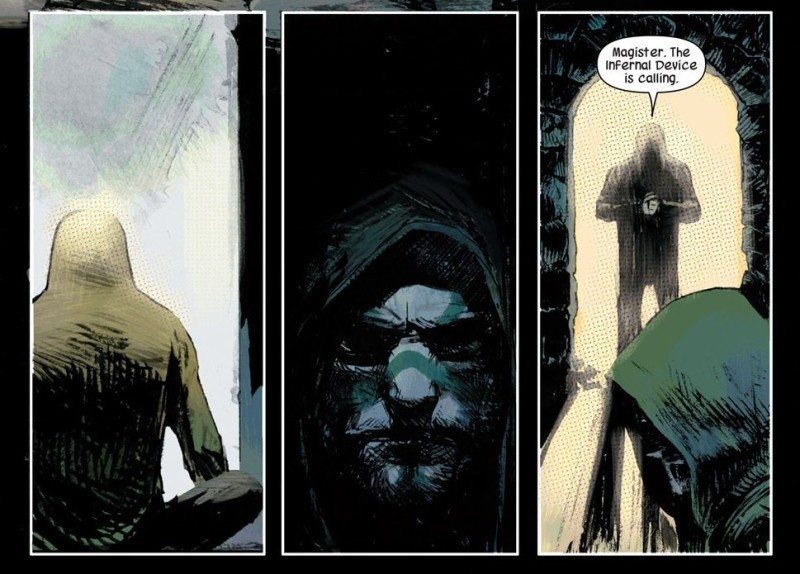 Where did this art team come from? Gerardo Zaffino (WINTERWORLD) explodes onto the scene in this opening issue. Feeling like a mix of Declan Shalvey’s art on Moon Knight (which Warren Ellis wrote) and Matteo Scalera (BLACK SCIENCE), Zaffino kills this issue. Zaffino’s Karnak comes off as intense in every single panel that we see him in. Since his early Kirby days, Karnak has always looked a bit goofy. Here, Karnak ditches the old Kirby-inspired costume, and instead adopts a gritty and humble street clothes feel, which strangely works.

The quiet scenes in the issue work nicely. Zaffino expresses emotions through body language very well, whether its the intensity of Karnak and the way he stands, or the grieving parents of the kidnapped Inhuman. it’s not until the later half of the issue do we really get to see Zaffino let loose. There is a certain kineticism in Zaffino’s art that is really impressive and really shows how fast and deadly Karnak can be. Colorist Dan Brown (THE PUNISHER) really compliments Zaffino’s art. The muted colors lend to the gritty, almost noir-esque, feel of the book. The majority of the issue lacks any real shades of green, except for Karnak which really helps him to pop out even through the muted tones. The only issue I had was with Zaffino’s depictions of Coulson and Simmons, which lacked any real resemblance to their actor counterparts. 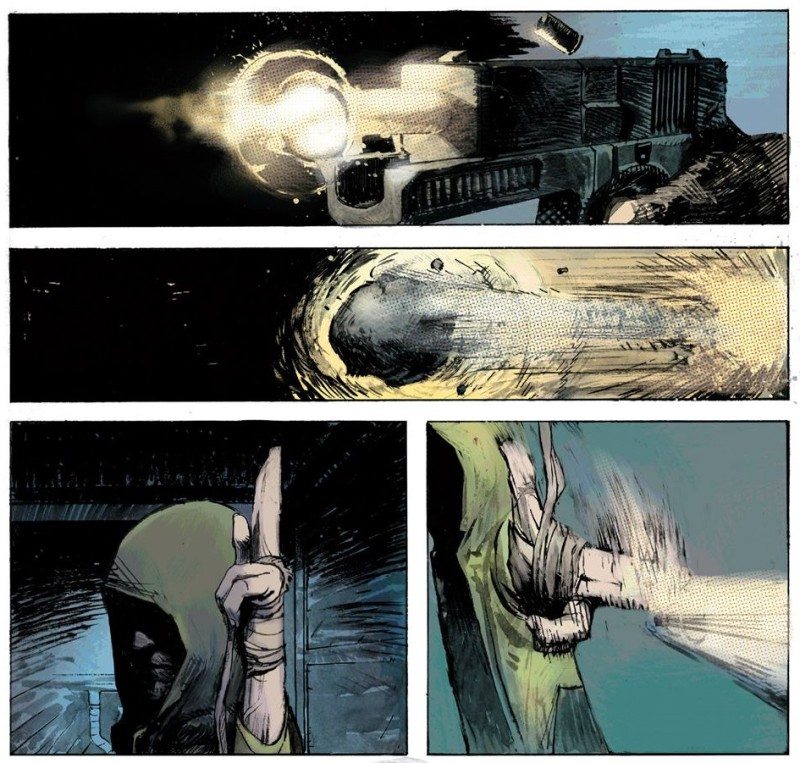 KARNAK by Warren Ellis, Gerardo Zaffino, and Dan Brown is a book to look out for that introduces one of the oldest Marvel creations and re-imagines him for the modern world.