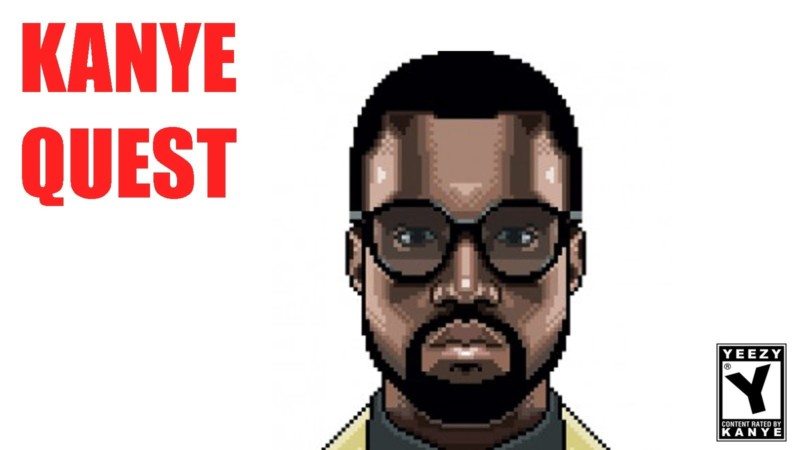 How did it come to this?

I intended for this to be an article about our favorite myths, secrets, and Easter eggs, but my research led me down a surprisingly dark path. I’m honestly not sure if any of this is real, or if I’m simply losing my mind, but I think I may have discovered a cult.

Let me slow down.

In video games, an Easter egg is an intentionally hidden piece of content. It can be a secret area, a hidden message, or even an entirely new section of the game that can only be unlocked under specific circumstances. I’m obsessed with the creepy, bizarrely detailed secrets hidden in our favorite video games. Be it FABLE, GRAND THEFT AUTO, or WORLD OF WARCRAFT, I’m a sucker for the mysterious secrets developers leave behind.

You may remember a fun little RPG called “KANYE QUEST,” a free fan-made game where you play as Kanye West. In it, you’re thrown into the future and have to save America with the help of your fellow rappers.

Well, you may also remember how, two years later, a post appeared on Pastebin describing some eerie secrets hidden within the game, including an early choice that breaks the fourth wall and reveals an entirely new area. According to the post, you can speak to an NPC early in the game who asks you what you want to do. In response, you can type in anything you want, and the NPC will confirm that she wants to do that too. Most players assumed this was a lighthearted joke and moved on. But if you type in the word “ascend” things get a bit…weird.

The game claims it only existed as a ploy for people to find this one secret, hinting at some sort of cult initiation and asking for your personal address so you can be tested further. This series of events quickly became known as “the ascension ending”.

When this was discovered, peopled flipped out, looking at the game with new eyes trying to figure out what this all meant. Obviously, it’s meant to lead to some sort of secret ending, but why hide it so deeply? Is this just another creepy video game secret? Or was this game truly created by some sort of cult?

CLICK: What games are you looking forward to playing in the coming year? Here’s a list of ours!

Well, like most things on the internet, the hype died down after a month and people went on with their lives. But every now and then, I check online to see if anything ever came of this. A few weeks ago I decided to dig a little deeper into the mystery and what I found both terrified and horrified me.

So, what the hell is happening in KANYE QUEST? Is there more to this game than meets the eye, or is it just a fun little RPG with a dark sense of humor? Well, let’s take a look!

Searching for the Game

Before I delved deeper into KANYE QUEST, I had to verify that this ascension ending was even real. I was attempting to get a copy of the game from the official website when I noticed the download link was broken. Not only that but according to some of the articles I found, no one’s heard a peep from the developers in years. I wasn’t too bummed that the link was broken. It’s nearly impossible for anything free and remotely popular to disappear from the internet and there’s always some bread crumbs you can follow to find what you need.

But every link I found on every site, forum, and dark corner of the internet was broken. This game has essentially vanished from the web. It took me stumbling across one of the few videos showcasing the ascension ending to get a copy of the game from someone in the comments who still had his own. And as a little gift, I’m leaving a link to the file here. This game isn’t lost anymore.

Legit or a Hoax?

So let’s address the elephant in the room: is the “ascension ending” real?

I followed the steps listed in the Pastebin post, and it worked exactly as described. If you tell the NPC you want to “ascend”, the screen goes white, you transform into a butterfly, and you suddenly find yourself in a floating space pyramid. The game reveals itself to be a ploy, existing only to lead people to this specific place. The game claims it wants to teach you something “beneficial” and you have to sign an agreement stating you won’t share this information with anyone. Your goal is to reach the top of the pyramid, and the only way to do that is to dig into the game’s code and find passwords for each of the computers in the room. Once you reach the top of the pyramid, the game asks you to take things a step further by sending off your personal information and allowing unknown entities to continue testing you.

So, now that we’ve proved the ascension ending is real, what do we make of it? Well, I should note that I’m a skeptic by nature. I consider myself open-minded but I assume the mundane until proven otherwise. This whole ascension nonsense could easily be an alternate reality game, or “ARG”.

ARGs are games or narratives that blur the lines between fiction and reality. They often extend beyond the bounds of their primary medium and into clues found in real world locations, computer code, or seemingly unrelated websites. You’d be surprised at just how deep some of these things go. The Youtuber “Night Mind” talks a lot about ARGs. Check out his channel if you want to know more. So my point is, no matter how real these things look, we can’t discount the possibility that everything we find is part of an elaborate game.

So what did we find?

Well first off, this Ascensionism cult might be a real thing. I can’t find any articles on it without reference to KANYE QUEST, but they seem to have existed since 2006 and have a habit of using pop-culture as a recruiting tool. I found blog posts criticizing the cult, a blog that seems to be written by a member, and of course the original Pastebin text that started all this. But strangely, I could find a Wikipedia article on them. Or any official, credible record of their existence before the making of KANYE QUEST.

But putting that aside, what do these guys believe?

Well, according to the manifesto I found online…it’s hard to say. I don’t know if this was written by a junior member of the cult, or just a teenager trying to look edgy, but it’s extremely hard to follow. Every line seems to contradict the previous one, major beliefs seem to be forgotten or even reversed in the next paragraph. This is either pure insanity or their alien overlord is just on a whole ‘nother wavelength.

From what I could piece together, the Ascensionism cult believes in reincarnation. They believe your soul only stops reincarnating when it’s satisfied with the lives you’ve led at which point it’s broken down to create new souls. They believe that everything that will ever happen to you was decided upon by your soul before you were born. Therefore, they believe any actions or crimes you commit or are committed against you, are morally neutral because your souls were literally “asking for it”. They believe the only morality that exists is between you and your soul. They also believe every good or evil act you commit matters somehow. They believe cloning splits up your soul, and that society is being controlled by a cabal of ancient, immortal clones that hide in plain sight within the highest echelons of government.

This shit went from zero to a hundred real quick.

So, I think it’s fair to say that these guys are crazy, but they may have a greater presence on the internet than we think. After a bit more searching, I quickly discovered that KANYE QUEST wasn’t their only project. These people actually have a “record label” on Youtube where they post music that ranges from normal, to what I can only describe as auditory terrorism. It’s worth noting that this channel appeared in 2013, the same year KANYE QUEST was released. either they had a lot of projects on their plate that year, or the entire existence of this supposed cult is tied to the game.

CLICK: How do you balance a compelling narrative with solid gameplay? Let’s take a look!

But if you can believe it, the rabbit-hole goes even deeper. I found an old thread on unfiction full of people trying to investigate the ascension ending. This thread goes on for 70 pages over the course of several years. I just barely scratched the surface of this mystery, but these guys are committed to figuring this out. But my main takeaway from this thread is that the developers of the game are still active. They’ve been leaving clues behind, sending links to private videos, coded messages, and even maintaining a Twitter account.

The Twitter account is pretty much what I expected. Most of it seems like gibberish, but if you go back a few years you start to see these bizarre references to kidnappings and hornet attacks in China. One of the tweets links to an online radio station, which alternates between calming classical music and disturbing industrial noise. But the strangest thing about this twitter account is that it’s still active. Since 2013, this account has been broadcasting a new piece of madness every single day. Clearly, it’s just a bot generating these tweets but it still begs the question: why?

After dozens of sleepless hours trying to dissect the game and the circumstances surrounding it, I’ve only managed to confuse myself. But one thing is clear: whatever is happening is still going on. As far as I’m concerned there are only two credible explanations for everything surrounding KANYE QUEST:

The major problem with the latter theory is that some of the blogs talking about the cult have existed for years and have talked about a variety of things. Is it crazier to think everyone claiming to have met these cultists are in on the joke? Or that the cult actually exists? Regardless of the truth, this took an incredible amount of work and years of planning. The idea that all these clues were planted by the developers is almost as insane as it all being real.

I want to go further with this mystery, but I can’t do it alone. I’m giving you all the information I have and all the tools you need to keep going with this. What do you think? Is KANYE QUEST just a giant ARG? Or is something sinister actually happening here?

I love secrets. They’re an example of just how special games are. No other form of media can create these intricate, bizarre, interactive treasure hunts. Secrets fuel our imagination, they’re exercises for the mind that can take you on all sorts of unexpected adventures. KANYE QUEST left me fascinated. Fascinated that such a lighthearted, fun little game kept something so delightfully creepy and dark hidden just beneath our noses. How many other games are hiding their own ascension ending?

So next time you’re playing one of your favorite video games, take some time to look around. You may discover more than you’ve bargained for.