JUSTICE LEAGUE VS. SUICIDE SQUAD has created a lot of hype. After all, it is the first crossover event in DC Rebirth. Inevitably, the title entices fans to anticipate action between the opposing teams. However, that has not been the case. Although the second installment was action-packed, JUSTICE LEAGUE VS. SUICIDE SQUAD #3 does not live up to its name.

The Justice League are held captive by Amanda Waller in Belle Reve, where they are frozen by Killer Frost’s powers. The Justice League, unfortunately, only have a few interactions in the entire issue, but it’s also the most entertaining aspect of JUSTICE LEAGUE VS. SUICIDE SQUAD #3. I had a good laugh when Boomerang and the Flash tease each other, especially the Flash’s witty jokes.

There is also a deep connection that develops between Superman and Killer Frost, which I wish writer Joshua Williamson could dig into more. When Superman asked Killer Frost about why she hesitated to attack Superman, she told the Man of Steel that he inspired her to be something when she thought she couldn’t be anything. Another favorite part of mine is when Superman gives a lecture about how the Suicide Squad could redeem themselves, but Deadshot interrupts and talks about the truth instead of being politically correct. 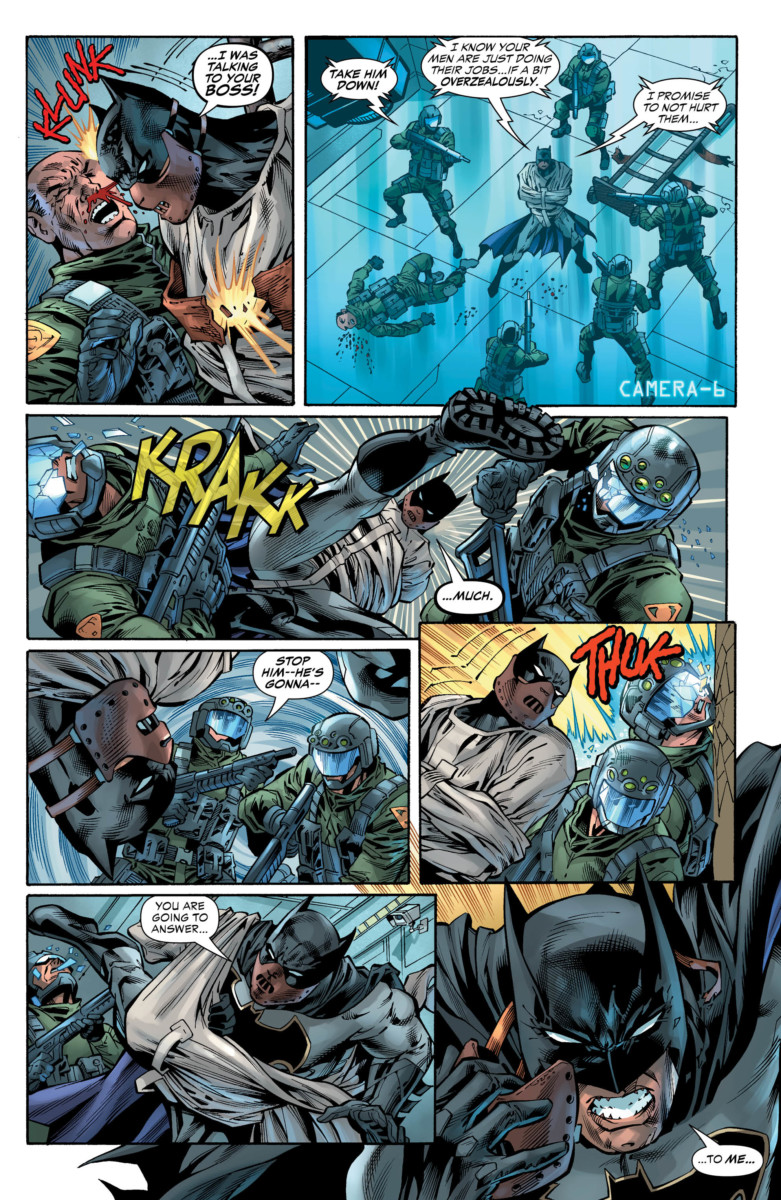 What I don’t like about the installment is the lack of action. Other than the panels where Batman fights Amanda Waller’s men, not much is thrilling about JUSTICE LEAGUE VS. SUICIDE SQUAD #3. Waller releases the Justice League without any difficulty, only to reveal that she needs them and the Suicide Squad to fight Maxwell Lord and his team of deadly criminals. I suppose in a battle between the good guys and the bad guys, bringing in the worse guys is a plot twist to make the plot more enthralling. However, it’s not a plot twist that captivates the reader or makes for an interesting plot. Rather, it seems to be a desperate move to keep the momentum going.

READ: Are you reading BATMAN? Catch up with our BATMAN #14 Review!

Amanda Waller has the strongest characterization, as she successfully molds both the heroes and the villains into her pawns. Despite being fully aware of Waller’s manipulative nature, the Justice League and the Suicide Squad still fall prey to her. With her persuasive rhetoric, she even convinces Batman, the most intelligent of the lot, to help her fight Maxwell Lord. She describes him as a person who always gets his way by wheedling others, and Harley Quinn hilariously points out that they should be best friends due to their similarities. Regardless, Amanda Waller is a powerful character who knows exactly how to get what she wants. 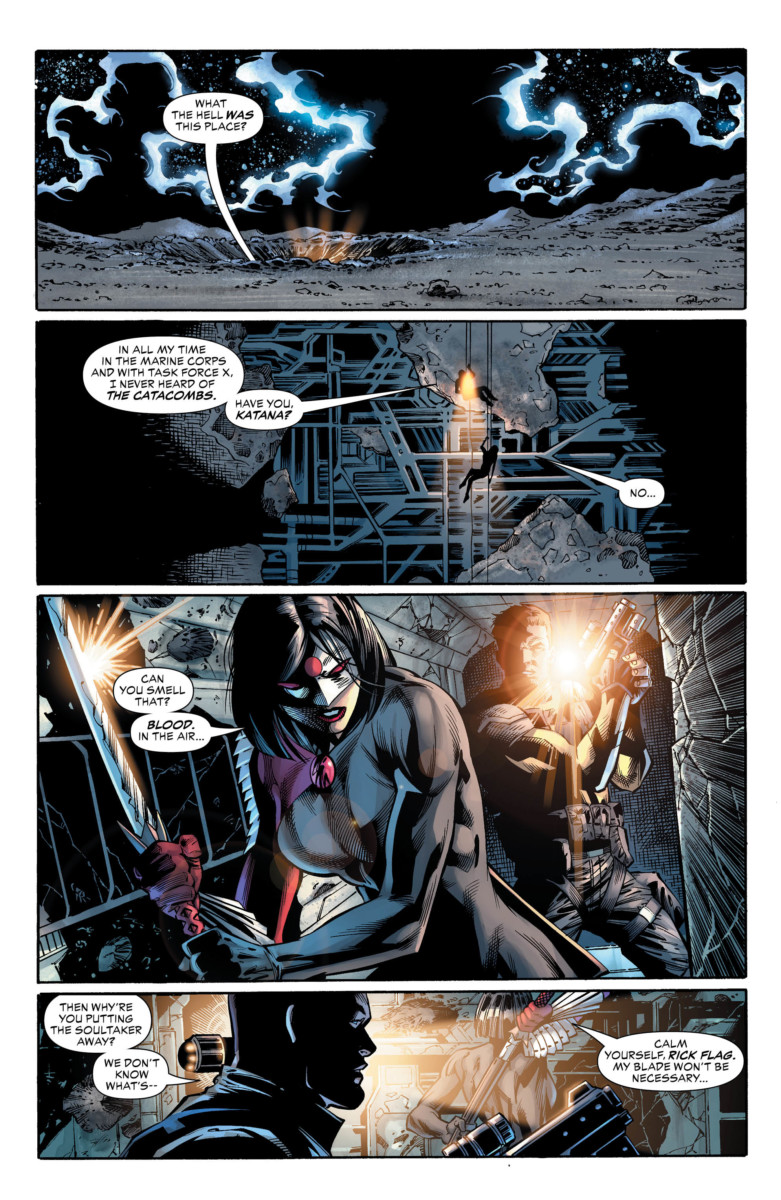 The artwork of Andy Owens and Jesus Merino in JUSTICE LEAGUE VS. SUICIDE SQUAD #3 is just okay. The panels are over crowded, which aligns with the plot considering that this is a crossover event. The facial expressions of the characters are hard to read, especially in the panel where the Justice League and the Suicide Squad laugh at Amanda Waller. Rather than looking amused, they look like they are pretending to enjoy a party the don’t want to be in. On the bright side, the artwork of Maxwell Lord’s gang is outstanding. I especially enjoyed seeing Lobo, who can intimidate even the bravest with his strong physique and glaring red eyes.

Overall, JUSTICE LEAGUE VS. SUICIDE SQUAD #3 does not have much to offer in terms of action. Rather than seeing the two teams head to head, it seems that the Justice League and the Suicide Squad are going to team up and fight for a common cause. Nonetheless, I am hoping to see more action unfold in the upcoming installments.