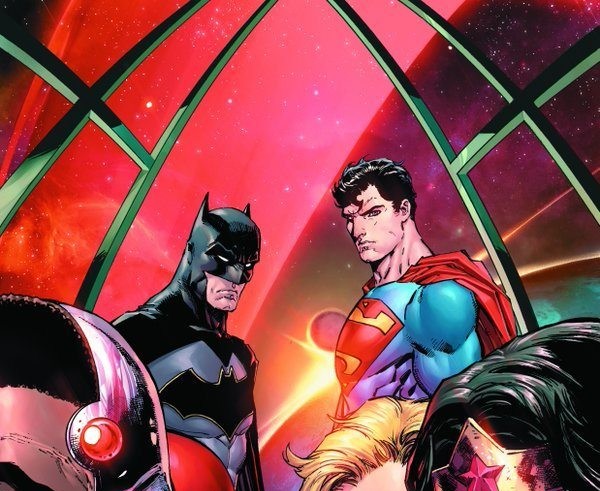 There’s something very promising about the new JUSTICE LEAGUE REBIRTH. It isn’t a perfect book by any means, but there’s a glimmer of hope amidst the stockpile of content to review. On the surface, JUSTICE LEAGUE REBIRTH is about how the League must pick up the pieces of their team in the aftermath of New 52 Superman’s death. A new threat has come to Earth that threatens all of humanity once again. The calamity is real, and while normally Earth’s defenders would make quick work of the monstrous Reaper, they are short-handed and unable to cope with the titanic, tentacle, beetle monster. They need a Superman.

LISTEN: What’s DC without its trinity of heroes? Listen to us talk about The DC Holy Trinity in ComicsVerse podcast #75

This is just about where the issues of JUSTICE LEAGUE REBIRTH begins. Despite Rebirth being the supposed start of a new direction for DC Comics, they still seem entirely uncertain of what to do with the new Superman. On the one hand, he has arguably the longest and most famous history in all of comics. On the other hand, though, he, like all creative properties, must evolve and develop over time in order to remain relevant. What we have here is a Superman in limbo. He is quite literally of the past and is unsure of how to proceed into the present and future. He’s debating whether or not he should be engaging in the world and join the Justice League of this Earth, even though he knows they have no Superman.

If the tortured Kryptonian trope hadn’t been used so much already by DC in recent years, this could be a potentially interesting plot point. Since it has been employed liberally, though, it just feels like more plodding and head-scratching until DC knows what path to set the blue boy scout on. Thankfully, this is seemingly resolved by the end of the issue, but we’ll have to see how much of this lumbering about sticks around in the issues to come.

What is a joy, though, is that despite DC being fixated on pitting The Justice League against CGI, globally destructive, faceless monsters, they are no longer brooders (minus Batman, as he should be). Instead, we get clear evidence that Bryan Hitch understands that what makes a team compelling isn’t how their similar qualities play off of each other, but their unique ones. Batman’s the brooder, Flash is the jokester (even if they don’t all land), and Cyborg’s the tech wiz already thinking ahead. It works. We don’t get to see much in the way of different personalities from Aquaman and Wonder Woman, but the focus of this issue isn’t character-building, anyway. The action’s on full display, and it’s nice to see the team being heroes and proud of it. 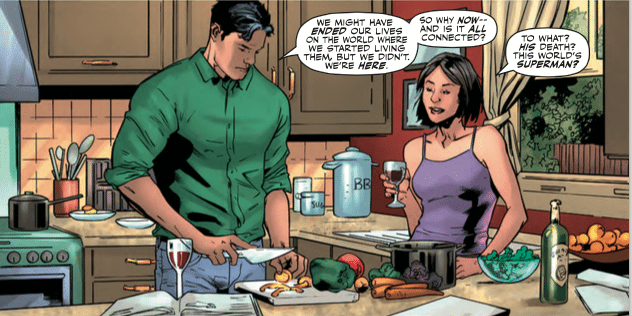 Sure, Daniel Henriques’ and Scott Hanna’s art may be a little sloppy this issue (particularly in a certain panel where Wonder Woman’s jaw looks unhinged), and the story itself is a little by the numbers while also being all over the place. It’s still heartening, though, to see the first muscular twitches of smiles on our heroes’ stony faces; they’ve been absent for too long. It isn’t perfect, but with a little tidying up here and there, this could wind up being a great new direction for DC’s most beloved team of heroes.