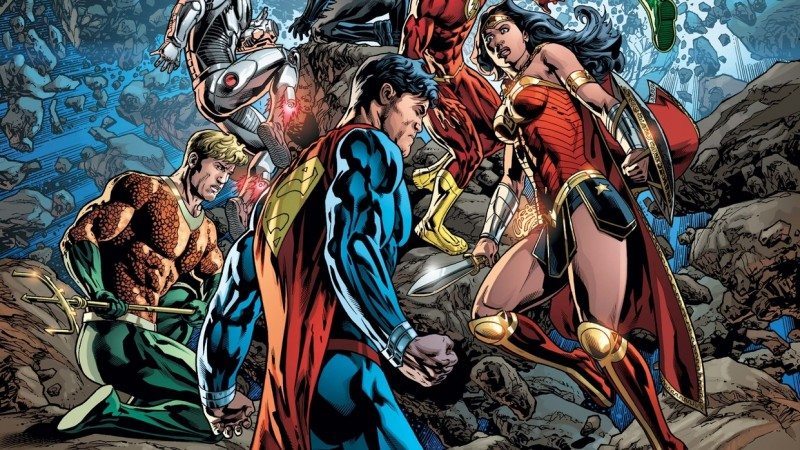 JUSTICE LEAGUE #4 features the next installment of THE EXTINCTION MACHINE storyline. We return to find Superman battling to stop three doomsday devices in the core of the Earth, the two Green Lanterns fighting off a legion of aliens, and the rest of the League trying to find a way to stop what an ancient alien race known as The Kindred are calling the Purge (no relation to the movies). 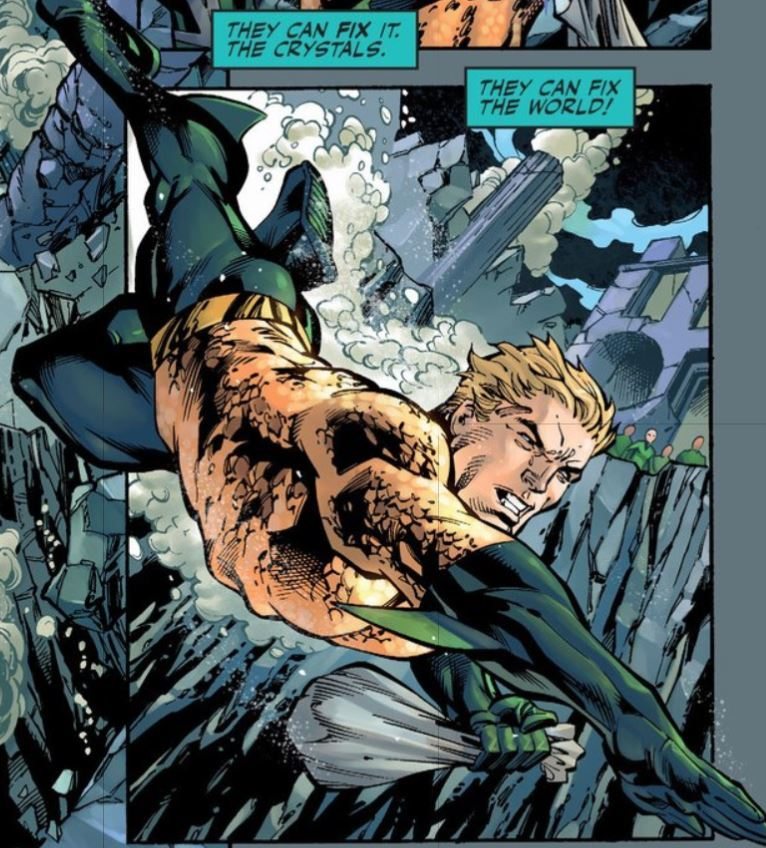 Want to start from the beginning? READ: Our JUSTICE LEAGUE #1 Review: Extinction Has Begun

Entering back in now was a thrill ride, to say the least. While the Justice League have faced some tremendous dangers before, The Kindred present something that could alter all known humanoid species in the entire universe. Writer Bryan Hitch has written it so that every scene feels like the weight of the entire universe is on the shoulders of our heroes. Considering the permanent alteration of countless planets and species, as well as the destruction of the Earth, is at stake, and the circumstances are dire.

The epic battle is shown both via the action as well as by the contrast between Batman’s pragmatic planning for if Superman fails to destroy the doomsday devices versus Lois Lane’s faith in her husband coming through for them, as she believes he always does. To see Superman struggling against the odds in the very core of the Earth with every bit of him tired and exhausted adds to the looming consequences of what would happen if he should fail. Life, as it is known, would be forever changed, and everything could be lost. Every movement is agonizing, and there are many times where he doubts he can do it, much less survive. Yet, THE EXTINCTION MACHINE shows the tenacity of the Kryptonian we all know and love as he battles the odds for the fate of the universe, and those he loves.

An interesting aspect of the storyline is just how many of the Justice League can hear The Kindred and their alien song resonating across the universe through the crystals spread across the stars. Aquaman shows how deep the song of The Kindred permeates with thoughts on how the crystals sent by the aliens could “fix everything”. The Kindred, when speaking to one another and to Wonder Woman, relate how they are communicating their orders for the Purge through their singing. This song is explained to be a kind of code that transmits to the fleet of ships the two Green Lanterns are fighting outside of the planet holding The Kindred. This issue shows more about the alien’s mysterious reasoning, and the writing helps convey that these creatures wish not for destruction, but to ‘fix things’ as they see fit. They are older than all known life, possibly even older than time, and the looming uneasiness at their weight and presence lingers through all thirty-two pages.

Cyborg also makes quite the ruckus when his own programming manages to semi-merge with that of The Kindred, and he begins to understand their goals and methods. His realization at their reasoning elicits a pretty hilarious response as he reveals to Batman:

With the Flash being stuck on the alien planet by the four giants that make up The Kindred, Superman trying to stop the three doomsday devices, and Batman’s solemn look upon their chances, THE EXTINCTION MACHINE makes for an excellent and engaging storyline. The consequences are dire, the enemy is mysterious and deadly, and every single one of the Justice League is coming together in an epic battle for the fate of the known universe. The writing shows everyone perfectly in character, and the art highlights the Eldritch design of The Kindred, as well as the weight of their intended Purge.

The art comes from Jesús Merino and shows off a palette of blues, blacks and the blinding fury of the center of the Earth all in one go. The darker colors add a battle-scarred look to the characters, and a sense of fatigue and desperation lingers in the expressions of each of the League members. The shadows are especially dramatic, and it lends itself well to the drama.

No spoilers, but how part four leaves off had me both cursing and cheering for the next one. As things go from bad to worse, it is absolutely grand to see the Justice League pulling together, as they always do. Wonder Woman’s words to The Kindred provoked chills as she assured the ineffably old aliens the Justice League would do what they always do: fight, and win. For those following THE EXTINCTION MACHINE storyline, those who want to see the Justice League take on universe-ending stakes, or those who just love the thrill of great superhero action, this issue is a solid entry.