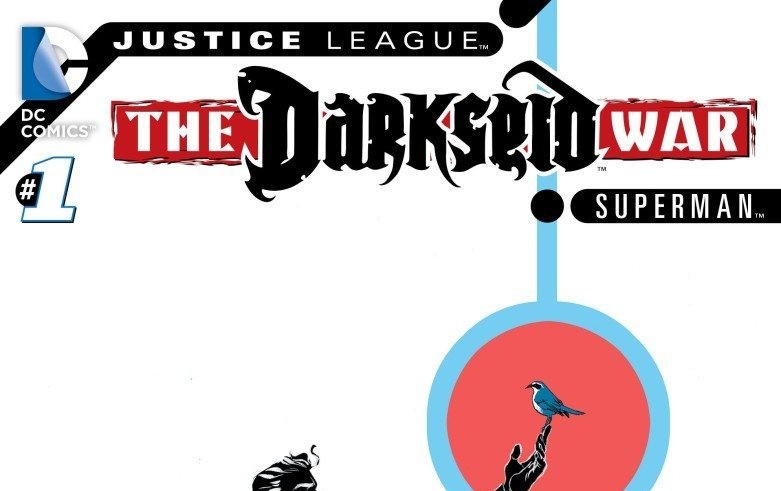 Superman is a bad guy (kind of) again in another “Darkseid War” one-shot that fails to live up to its potential.

The solar rays of Apokolips have made Superman stronger than ever before, but they have also corrupted him. As the so-called “God of Strength”, Superman heads back to Earth and back to Metropolis. Will he return as hero or conqueror? 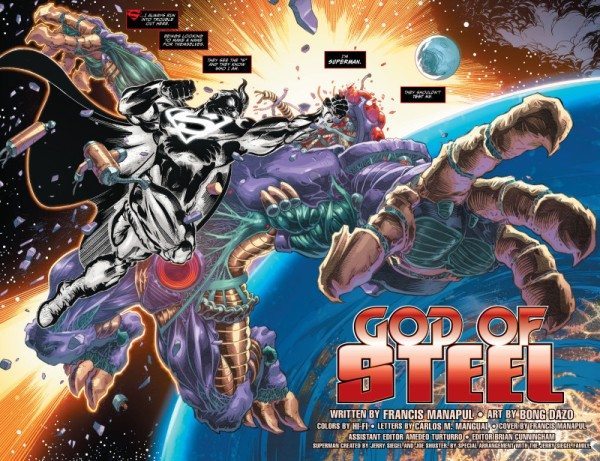 There’s always great potential in an “evil” Superman stories, but that potential is squandered here. The one-shot starts out well, setting itself up as an examination of this transformed Superman through the lens of the audience’s human avatars: Jimmy Olsen, Perry White, the rest of the Daily Planet, and Metropolis as a whole. Jimmy Olsen has consistently functioned as a grounding force for Superman, a reminder of Superman’s humanity whenever he loses his way. Unfortunately, Manapul rests on that idea too closely and just recites it explicitly, rather than letting that dynamic shine through circumstance. What could have been effective with a subtle touch is instead powerless.

READ: Check out our other review of JUSTICE LEAGUE: DARKSEID WAR BATMAN!

To make matters worse, that focus on Jimmy’s belief in Superman’s humanity comes in the midst of a massive tonal shift from the main events of JUSTICE LEAGUE. Where the main “Darkseid War” story had universe-wide implications, stakes and tone, this one-shot relies too heavily on camp, rendering the true threat of an Apokolips-infected Superman moot. The middle chunk of the issue focuses on Superman’s demands for a piece of pie, before Jimmy shows up on his bike and gives Superman a speech about humanity. It’s never on the same page and rings far too wrong in the ear.

Side note: It’s hard for a story to be serious when you use “nom” to describe the act of eating. 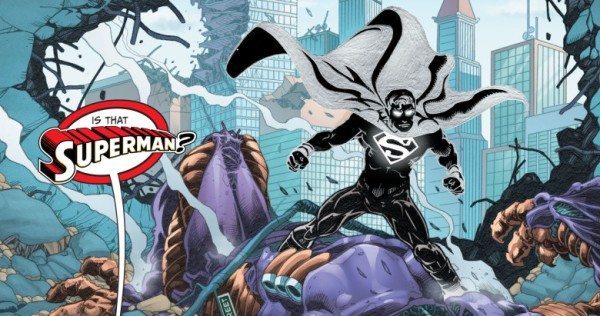 READ: Check out our look at the rest of JUSTICE LEAGUE!

The tonal confusion isn’t helped by the art. Superman’s character design remains compelling, but that’s existed since the second issue of “Darkseid War”. It also remains interesting, standing in stark contrast to the rest of Metropolis (much in the same way Batman stands in contrast to Gotham in his one-shot), but even it falls prey to the overly intricate art style of the characters.

You get the sense that there are a bunch of pieces here that are interesting on their own, but they don’t come together well. Superman is empowered and corrupted by the solar energy of the home planet of one of his greatest foes, and yet he returns to his own planet and throws a hissy fit over a piece of pie. It seems like this comic is attempting to lighten the overarching story, but it succeeds instead in creating an unexpected and sudden tonal shift. Sadly, due to some disjointed narrative choices, JUSTICE LEAGUE: THE DARKSEID WAR – SUPERMAN does little to make Superman’s return to the main JUSTICE LEAGUE compelling.

READ: More of our reviews!