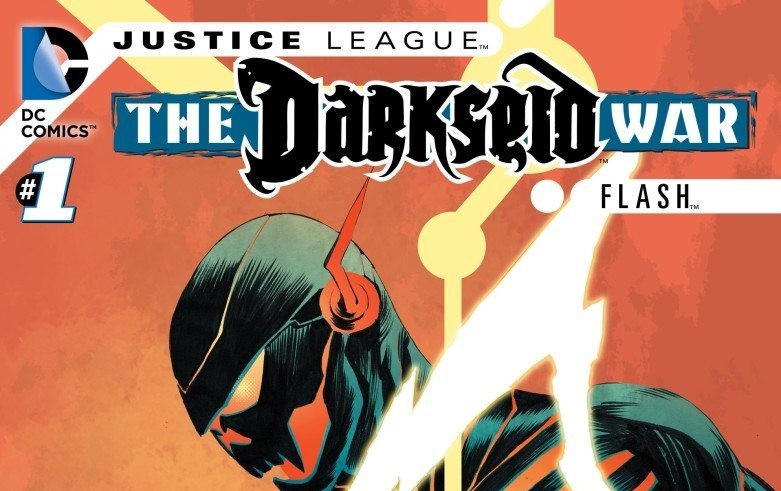 The Flash has bonded with Death, and in true Scarlet Speedster fashion, he deals with it head-on. Can the Flash outrun Death? If he does, at what cost? 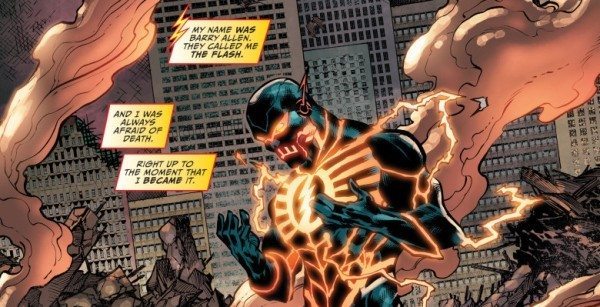 Despite the mythological weirdness of the Black Racer within the greater context of JUSTICE LEAGUE, this one-shot is actually set up to be one of the most compelling. Barry Allen has always been one of those characters that straddles light and serious. It makes sense that his lighter side would play up in the context of an ensemble while his deeper side is explored in his own comic, but the plot of this one-shot presents an opportunity to bridge the gap. The stakes of the Flash’s involvement skyrocketed when he bonded with the Black Racer and, at the very least, this one-shot honors that.

READ: Catch up on the “Darkseid War” One-Shots with our review of Batman’s! 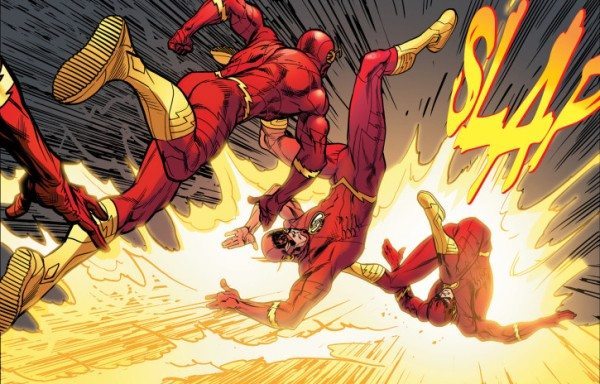 The thing is, the Flash is no stranger–and maybe the biggest trafficker–of vaguely scientific-sounding ideas that ultimately make no sense. The Speed Force still makes me laugh every time I hear it, but the Flash is a lot of fun and it has no real impact on what happens, so I let it slide. Unfortunately, though, this story doubles down on those ideas. What results is a conflict between Death and the Flash, the rules of which are aggressively unclear, and the resolution of which arrives so quickly that I was left scratching my head.

READ: Get your JUSTICE LEAGUE coverage with our guide here!

This one-shot is a success insofar as it addresses themes at the heart of the Flash while rendering them all competently and compellingly, but it succumbs to the pressures of having only one issue to do so and ultimately asks you to just accept it. In contrast to its counterparts in the Batman and Superman one-shots, it’s less clear what happens and decidedly clear why it happens. That means the Flash comes out on top so far as his story ties back in to JUSTICE LEAGUE. I wish this were the worst of the “Darkseid War” one-shots instead of the best so far, but we’re only halfway through them, and this gives me hope!