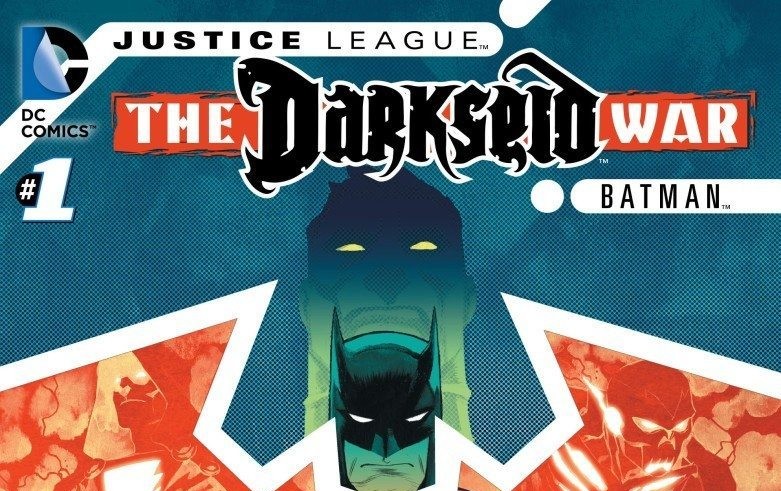 The first of the “Darkseid War” one-shots proves its point quickly, then goes on, and on, and on…

What if Batman were a god? That’s the question posited here, removing the all-seeing Batman and his Mobius Chair from the cosmic events of JUSTICE LEAGUE and putting him right back home in Gotham. What does the World’s Greatest Detective do when he can know anything just by asking? What wrongs does he right, what crimes does he solve, what criminals does he pursue? 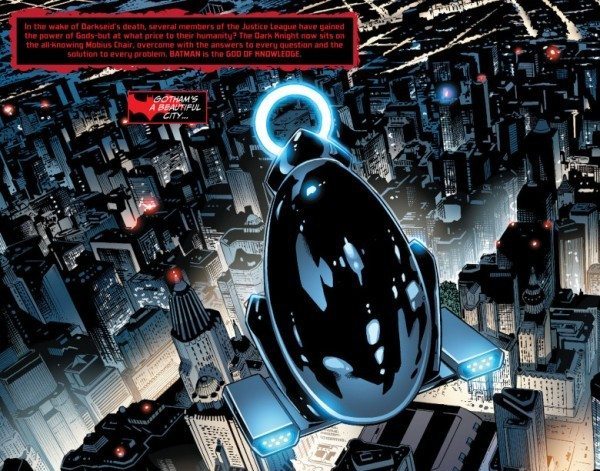 The idea of Batman as a god sounds incredibly interesting (in fact, I maintain the reveal of the Batgod in JUSTICE LEAGUE #42 is the best reveal and/or panel of the year)… so why hasn’t it been interesting to read? In the main JUSTICE LEAGUE story, Geoff Johns hasn’t done much with an omniscient Batman, relegating him to the background, away from the action as he spouts absolute statements at Green Lantern. Johns’ rules for Batman in the Mobius Chair (the throne on which he sits that gives him is his powers) have been clear: he can have any answer to any question he asks, but he is relatively passive. He can share his knowledge, but not necessarily act on it. If anything interesting can be said about this Darkseid War one-shot, it’s that it explores what happens if Batman breaks those rules, if he uses the powers of the chair to change things. The full consequences are as yet to be revealed, but there clearly are some–and they are cause for concern (full exploration of this idea is reserved, of course, for JUSTICE LEAGUE #46). 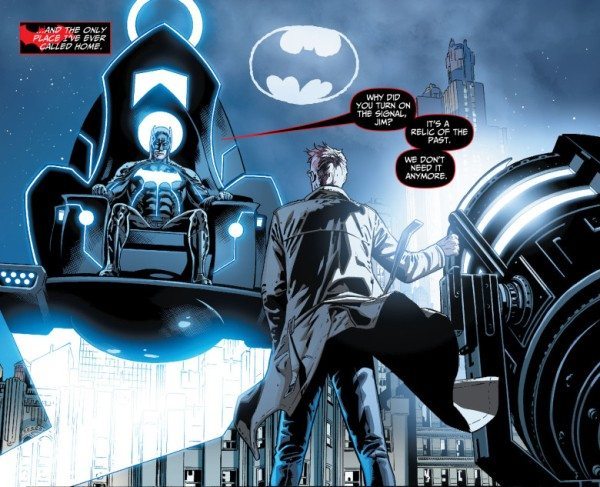 CATCH UP ON OUR JUSTICE LEAGUE COVERAGE!

Beyond that, the one-shot treads familiar ground in not a particularly new way. Batman’s new power puts him at odds with Commissioner Gordon in a discussion of fate and the rule of law, a discussion that was old when MINORITY REPORT did it back in 2002. Batman’s newfound power makes him particularly cruel, but Batman has been known to go a little far when left unchecked and motivated. It’s an interesting idea, again, but the most exciting part about it in this story is when Batman appears behind a future-criminal in a way that truly does put a new spin on Batman appearing out of the shadows.

To that end, that’s the most inspired part about this book: the rendering of the Batgod in Gotham. Where Batman usually stuck to the shadows, he now glows and floats over the city–all while still inspiring fear. With the bold new artistic strokes of JUSTICE LEAGUE, though, the realistic look of the rest of the book falls a little flat. 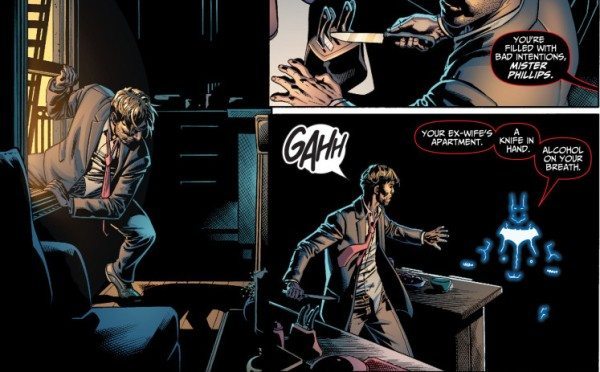 I expressed my initial misgivings about the Darkseid War one-shots in my review of the latest issue of JUSTICE LEAGUE, and it seems they were founded–at least with this one. It does set up the arc for Batman to be explored in JUSTICE LEAGUE (I’ll give you one hint as to where it’s headed: towards a villain that would believe himself fit for a throne just like Batman’s), but it fails to do anything particularly exciting with the idea of the Batgod apart from one or two clever moments.

I hope I’m wrong about the Darkseid War one-shots altogether. There are supposed to be five more that may cash-in on their potential, but based on this first one, it looks as if they exist just to cash in.