JUSTICE LEAGUE OF AMERICA: REBIRTH #1 reintroduces characters like Killer Frost, Vixen, and the Ray, as Batman finishes recruiting his ideal team. Although the heroes don’t have a mission or threat to work against, this Rebirth entry showcases great characterization from members of the new League. Unfortunately, Batman’s reason to form the new team is questionable at best, further making this issue feel like a boring teaser for what’s to come.

READ: Killer Frost played a vital part to the conclusion of JUSTICE LEAGUE VS. SUICIDE SQUAD. Read our review to find how the character has evolved!

The opening pages dive in as Batman and Killer Frost get into recruiting mode after turning an old Bat cave (or a relic, as Batman calls it) into the new headquarters for the JLA. First on the list is Black Canary, who Batman describes as honest and always having someone’s back. Black Canary then greets Lobo, as the two exchange some heated tension against each other. Afterward, Lobo recruits Ryan Hoi, the new Atom… and so on. The issue mostly just gets caught up in the webs of recruiting instead of showing how the new League will work together during a crisis. 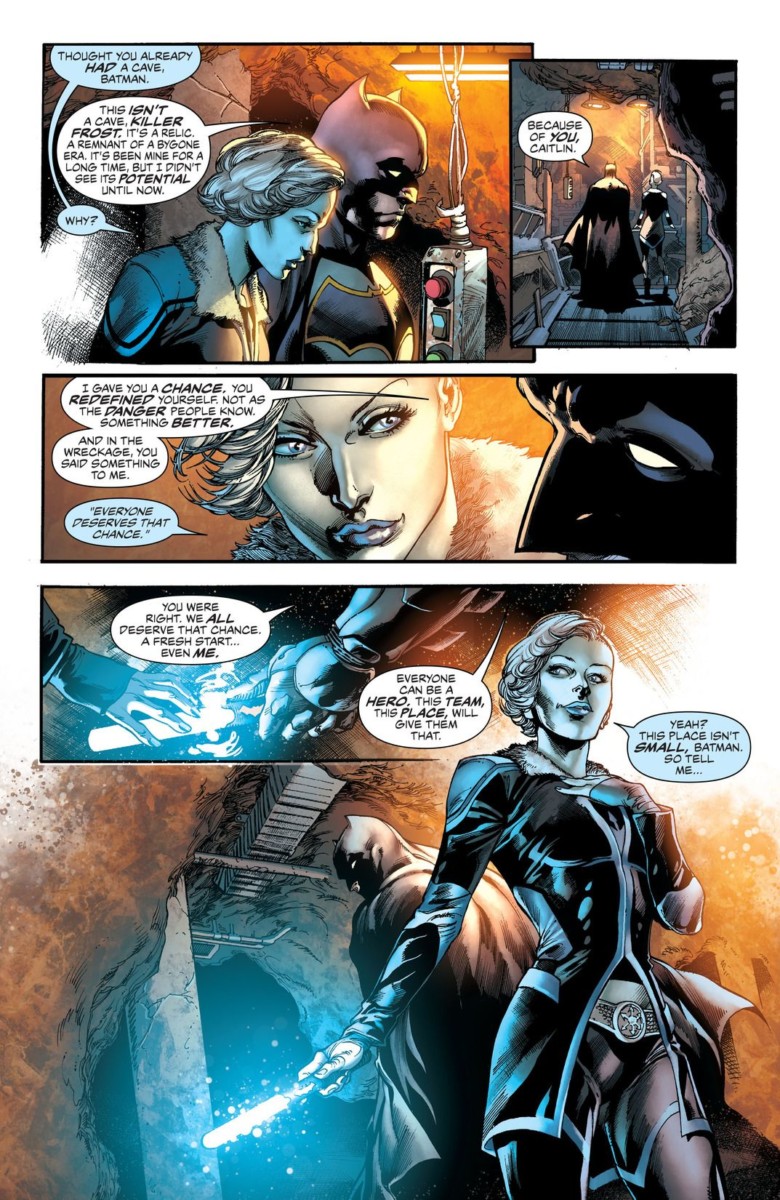 Although the plot feels boring and formulaic, the characters are why this issue is worth checking out. Writer Steve Orlando’s portrayal of Killer Frost is noteworthy. Coming straight from the JUSTICE LEAGUE VS. SUICIDE miniseries, the former villain is here to prove that everyone deserves a second chance. The issue also does an admirable job of focusing on two of the strongest female characters in DC, Black Canary and Vixen. Black Canary maintains her tough and often intimidating persona, and she isn’t afraid to stand up to characters that outmatch her abilities and physique. Vixen is someone who’s, as described by Batman, “rock-solid.” She’s a model and devotes a lot of her time to charity work while still managing to hold everything together. Perhaps we may even see a fitting leadership role in her character. Then there’s Lobo. An odd choice, but nonetheless the arrogant bounty hunter from space adds humor to the arguments between League members.

WATCH: We are happy to bring you the latest in comics releases, news and more in our new Weekly Comics News Show!

This new JLA, as Batman preaches, is supposed to inspire the good people of Earth. They’re to be more relatable than the god-like figures of the original Justice League. While Batman’s reasons are admirable, it’s not really fair to say the members of the Justice League aren’t inspiring or figures people can relate to. How are people supposed to look up to Lobo, who’s immortal, ignorant, and a sexist (as Black Canary describes)? If the JLA is, indeed, the people’s champs, then it remains to be seen if future storylines will involve the League members saving humans instead of ignoring them to fight galactic threats. 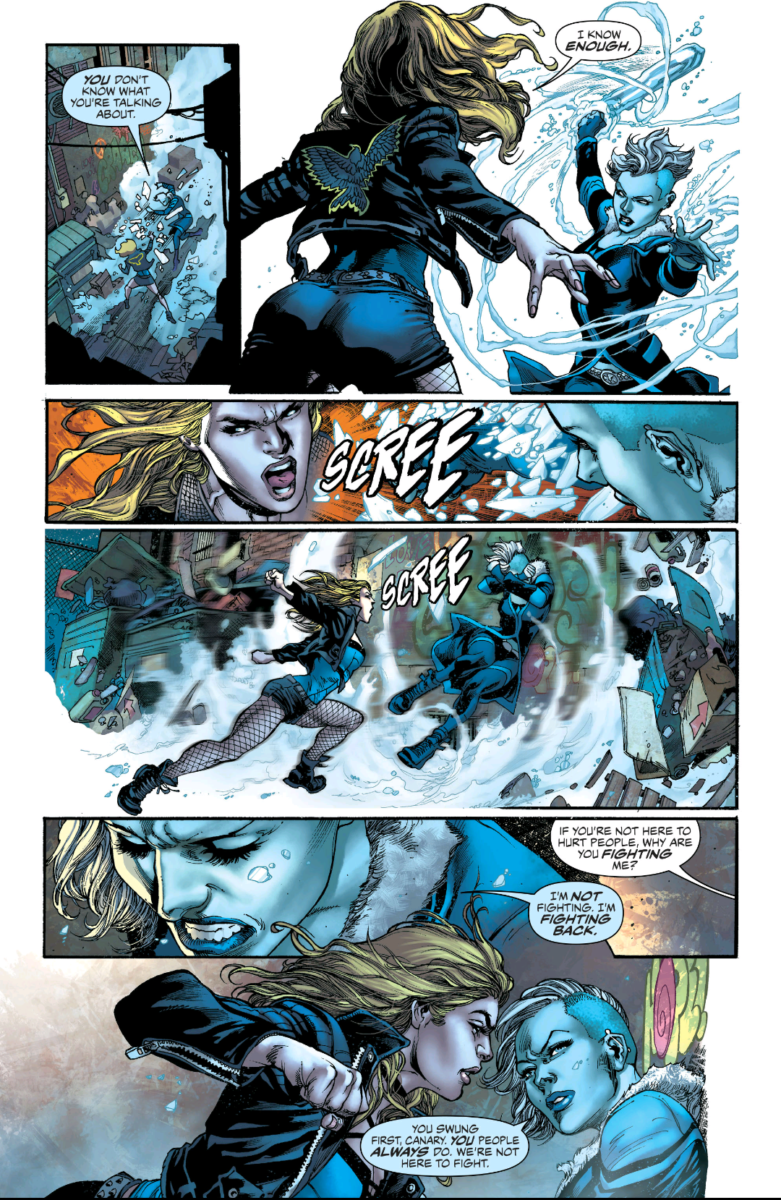 Despite what the future outcome may look like, the pencils of Ivan Reis in this issue are quite spectacular. Reis’ attention to facial expression perfectly suits each character in the pages. The Bat still has a brooding demeanor, while the young Atom expresses curiosity and eagerness to join the team. In addition, the colors of Marcelo Maiolo are also appealing. Often crafting characters with their own aura between different settings, Maiolo doesn’t hold back on bright and dark colors. Atom’s dark pink hoodie pops out in the night when he’s next to the orange/yellow outline of the Ray. If this amazing art, style, and coloring continues throughout the series, then issues pitting the JLA against new baddies are sure to be a delight.

Sadly, JUSTICE LEAGUE OF AMERICA: REBIRTH #1 suffers from a somewhat boring, recruitment style plot. Although the members of the JLA are an interesting bunch, this Rebirth issue doesn’t make a strong case for why the JLA should exist. It remains to be seen how this new team will work together against Earth related threats, but from the great characterization and art, there’s still hope for America — or at least this comic book version of it.