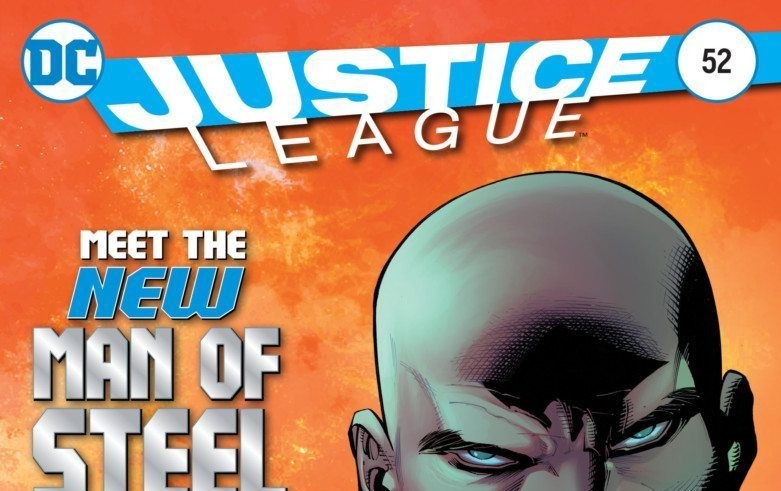 The last issue of the New 52’s JUSTICE LEAGUE is here!

DC’s REBIRTH is underway and it looks like DC is just wrapping up the New 52 to lead into the upcoming new releases. With both JUSTICE LEAGUE #51 and JUSTICE LEAGUE #52, I expected some substantial fallout from the Darkseid War that would lead into REBIRTH. Instead, I was a bit disappointed. The focus is on developing individual characters in order to lead into their new titles. As JUSTICE LEAGUE #51 did with Robin, issue #52 revolves around Lex Luthor and works as a sort of prequel to his own series.

READ: Learn more about what’s going on in JUSTICE LEAGUE #51 here with our review

Superman. Is. Dead. His death has been built up for a while (even mentioned in Justice League #50), and it leaves a huge void in Metropolis and, on a larger scale, the universe. He may not be the most obvious or desired replacement, but Lex Luthor is attempting to fill that void. In JUSTICE LEAGUE #52, Lex wants nothing more than to become the new Superman. Not actually become him or a clone of him, but the symbol and hero that Superman represented to the world. Lex has no problem putting the “S” on his chest. He even asks about Superman’s cape which has been left to the Daily Planet (Lex wants it…badly). 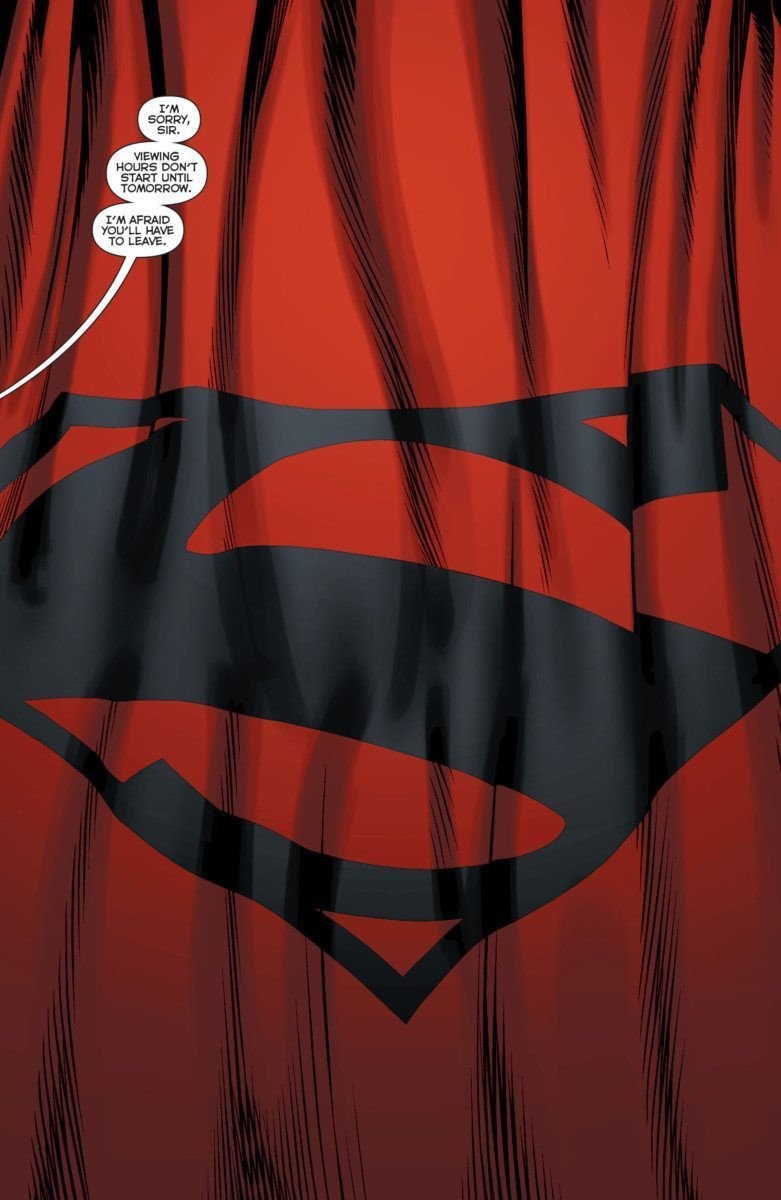 I’m pretty impressed with the characterization of Lex Luthor in this issue. Writer Dan Abnett stays true to Lex’s character and ideology. Though Luthor is considered a villain, he believes that the world needs saving. However, the safety of the world needs to lie in the hands of a human, not an alien like Superman. Now he gets his chance to be a savior. Lex tries to do what Superman did but knows that he still needs to understand all the parts that make up Superman. He wants and needs to figure out the things that made the Man of Steel different from himself. This acknowledgment evolves Lex as a character by making him more than a selfish billionaire who is full of hate for aliens.

READ: There’s much more on Lex Luthor taking the mantle of Superman in ACTION COMICS! Click here for more!

Sandra Hope and Paul Pelletier join forces to give the art in this issue some justice. The facial details of all of the characters are impressive. This is especially true for Lex, whose emotions come across subtly but effectively on his usually stern and unemotional countenance. There are subtle raised eyebrows, gritted teeth, and pained expressions all for Luthor in this issue. However, the most eye-catching art throughout the JUSTICE LEAGUE #52 is Lex’s armored suit. It dons a large glowing “S’ on the chest that is colored incredibly bright, since Lex wants everyone to know he’s the new Superman. 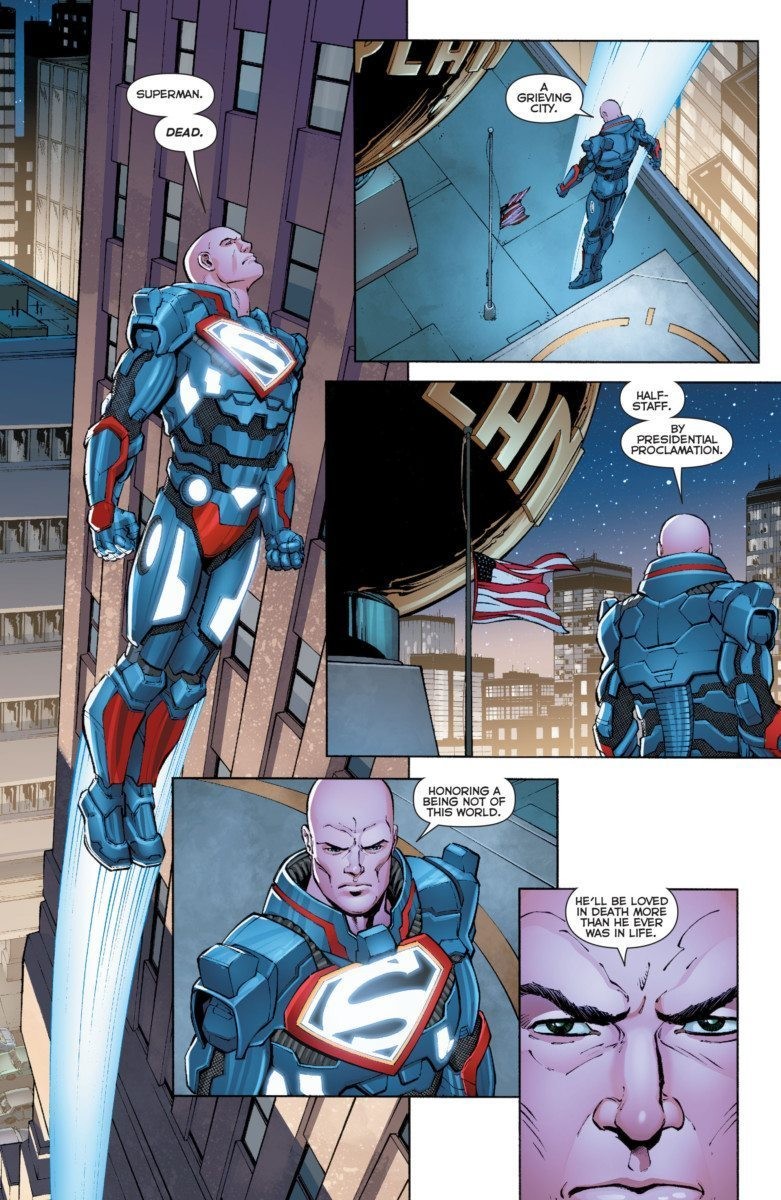