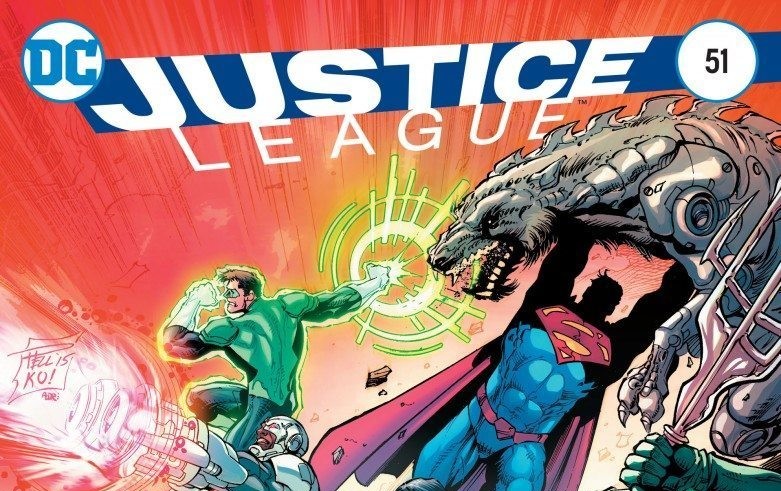 Throughout the issue, we follow Robin as he interacts with and fights alongside DC’s strongest team. The team is suddenly thrown into action when several unrelated events occur, apparently the result of space-time fractures after sending Darkseid away. Due to the fractures, Superman is confronted by robot dogs and a giant, and the superheros respond to help him. 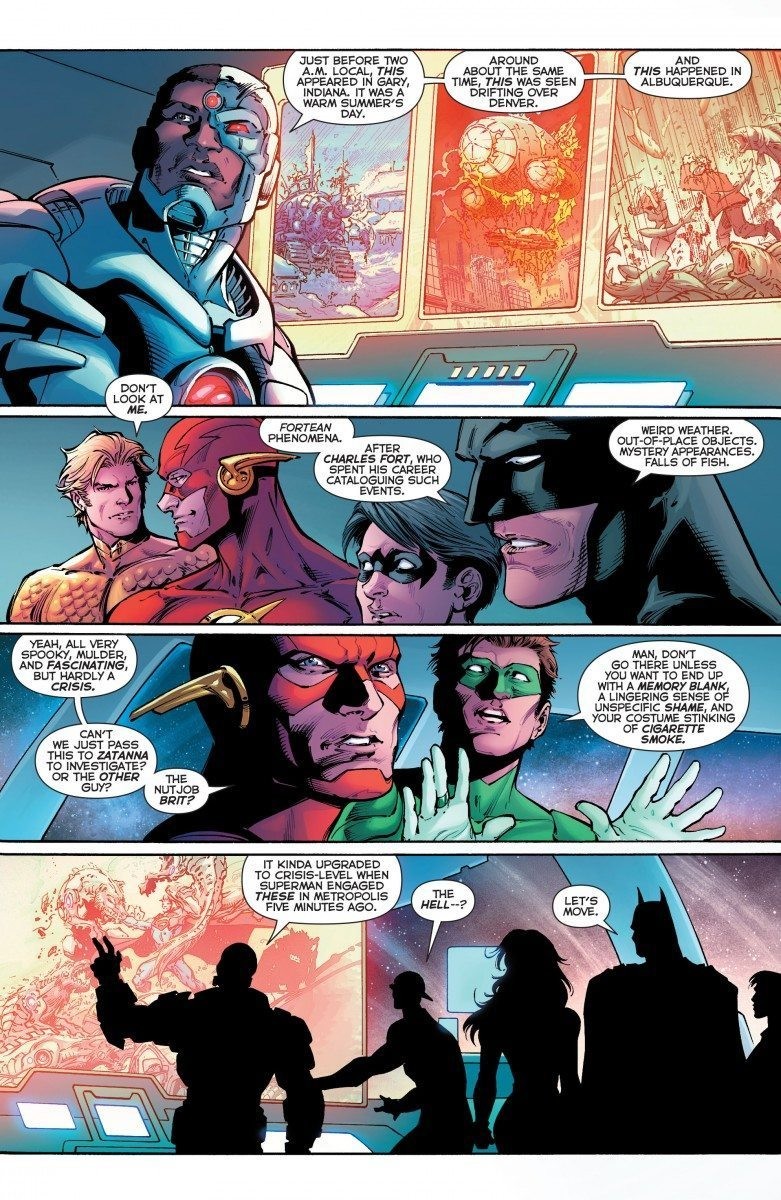 The story, written by Dan Jurgens, seems a bit out of character for some of the superheroes in the Justice League. For one thing, it’s only six months since the League joined forces, and it doesn’t seem like enough time for Batman to trust the others with Robin. Batman is the guy who set up contingency plans to defeat each member of the League just in case one of them went rogue. Robin would be a card he could later play if necessary, so it doesn’t really make sense to expose him. Also, the other group members don’t seem to mind Batman bringing a child along and completely trust having him around. Again, when did this trust develop—especially considering their bond throughout the series is so fragile?

The bulk of the issue just seems to be a way to build up Robin for TITANS: REBIRTH #1. There is a narrator who alludes to being a villain bent on coming through one the fractures via Robin. I’m not sure if this is a storyline that will be featured in TITANS: REBIRTH #1 or continued in JUSTICE LEAGUE #52. I would lean on the former, which leaves the series with a thin story to look forward to with the space-time fractures. However, if the new villain ties to both titles, then it might make for two incredibly interesting series.

READ: Find our more about TITANS: REBIRTH #1 here with our review!

Tony Kordos and Paul Pelletier’s art is my favorite aspect of the issue. It has the look and feel of the previous art used to launch the New 52 JUSTICE LEAGUE, a sensible choice because the story is set right after those events. The issue is jam-packed with fight scenes between several characters and villains, and the art creates an intense experience. A personal highlight was the team taking on a pack of ravenous extradimensional robot dogs. 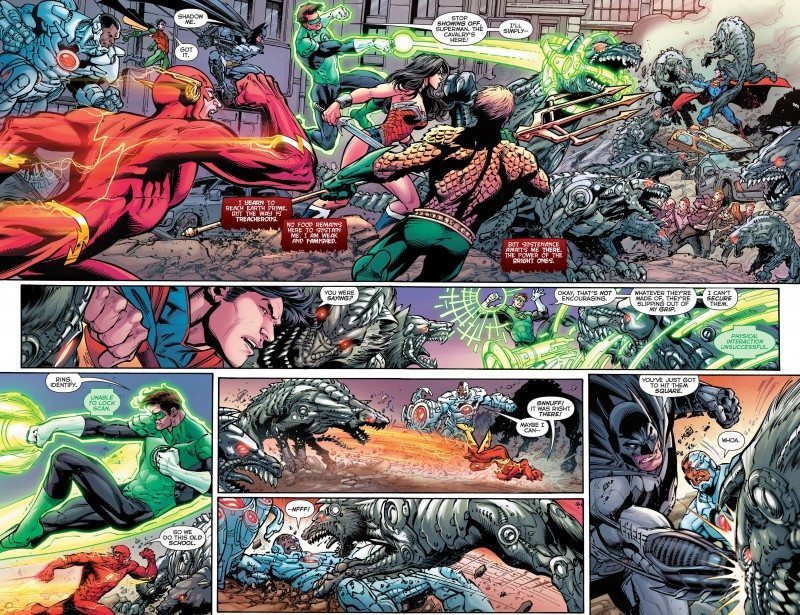 JUSTICE LEAGUE #51 is a fun issue if you really like well-drawn and long action sequences—or if you’re just a big Robin fan. Most of the panels have the superheros battling it out with strange new enemies that make the issue exciting. On the other hand, the story may not be for everyone. Bringing in Robin and introducing him to the League doesn’t quite seem to fit Batman’s M.O. Plus, the story doesn’t seem to be going anywhere, unless the small hints by the narrator will lead to a bigger payoff in a later series.

It’ll be interesting to see what direction JUSTICE LEAGUE #52 will take. Will there be an aftermath issue wrapping up the Darkseid War story? Or will this space-time fracture storyline continue?