Coming back from the last issue, JUSTICE LEAGUE #5 features the exciting finale of The Extinction Machine story line. We pick right back up with Superman in the core of the Earth, struggling to stop it from exploding while the rest of the Justice League battles against ancient alien entities known as The Kindred. It’s a race against time for our heroes to stop The Kindred and their mysterious song from activating powerful forces yet to be revealed.

As a finale goes, JUSTICE LEAGUE #5 does a great job of both wrapping up all the action and leaving things open at the end. Readers can feel the weight put on the Justice League and the consequences should they fail. The Kindred, in previous issues, have made no secret of their Purge, a network of creatures set to destroy all human-like species across the universe. The impossibly old aliens claim that the League’s powers are stolen, and it is revealed that they are made up of thousands of assimilated people and their individual powers and talents. 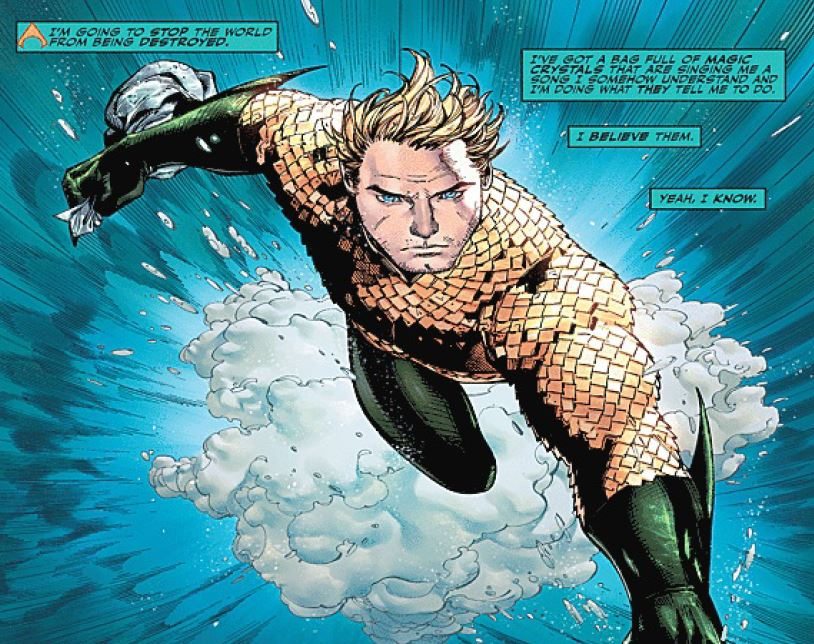 Sandu Florea and Tony S. Daniel take the reins with the artwork in Justice League #5, and it is spectacular. The line work and color detail, especially on the cosmic Kindred, is simply gorgeous to look at. Hitch does a phenomenal job of conveying each scene with the color palette and makes the action not only that much more intense, but helps it stand out from the similarly beautiful background art. The colors in each scene, be it the strange planet of the Kindred or the molten core of the Earth, are vibrant and mix dark shadows with bright and flushed out colors. If, for some reason, the story doesn’t do it for you, than you can be certain that it will at least make for good eye candy.

READ: Need to catch up on The Extinction Machine story line? Check out our JUSTICE LEAGUE #4: THE EXTINCTION MACHINE review.

The writing works on a similar level, and comes from comic book artist Bryan Hitch, and this is his first attempt at a Justice League comic. For a first try, the writing really shines. Every character is perfectly in character, and the way they interact and play off one another feels exactly like classic League action. When they come together in the wake of a true apocalypse, they are perfectly in sync with one another and it helps sell the weight of the situation that much more. During the height of the action, the way The Flash leads the group by recklessly charging in and how it stirs an idea in both Wonder Woman and Batman on how to defeat the Kindred is spot on. Cyborg helping control and direct the Purge shows him at his best – calm and collected but notably struggling to sink the victory for the League. Superman also shows that familiar determination and strength as he struggles against the exploding cores within the Earth’s surface. Readers will see him constantly pushing himself beyond his own limits to the point of near death and, really, this is how most Superman fans want to see him. 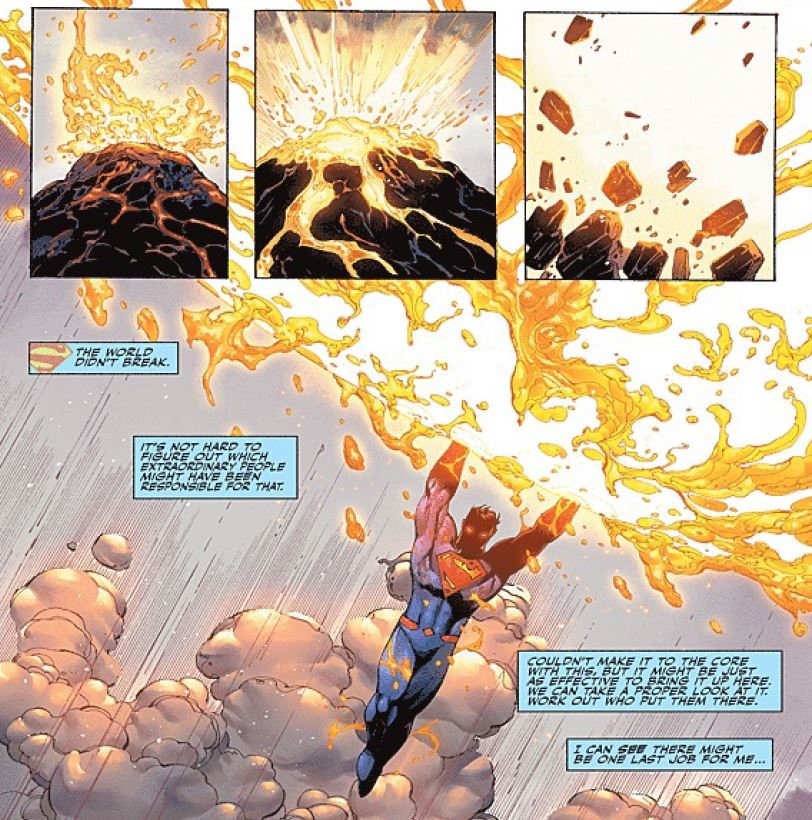 As mentioned before, JUSTICE LEAGUE #5 wraps up the Extinction Machine story line and leaves it open for plenty of new possibilities. While things are settled (for now) at the end, the League knows that they have much more to face in the coming times. For fans of the Justice League or those who have been following along the Extinction Machine series, it is safe to say that the anticipation for new developments on the after events is high. Who knows what the Kindred have activated or summoned with their song? Here’s hoping we’ll all find out soon enough.