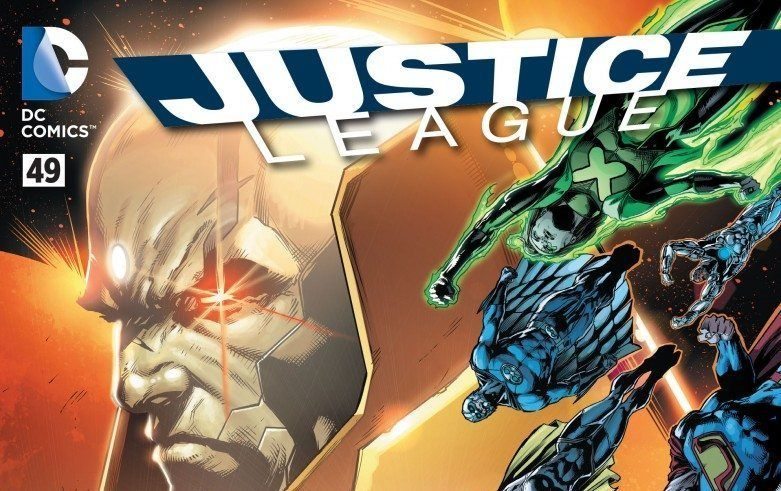 If you learn nothing else from JUSTICE LEAGUE #49, then know that in the DC Universe, god-like powers are as easy to come by as Cracker Jack prizes. At one point, even Mobius, the recently evicted god of an all-knowing chair, can’t pass up the opportunity to comment on this. Is it a bad thing? Not necessarily, but the one, two, buckle my shoe way of acquiring powers does speak to an overarching quality in not only the Darkseid War arc but also the JUSTICE LEAGUE title at large.

READ: Trying to catch up with the Justice League? Check out our JUSTICE LEAGUE Essential Reading!

How does one combat the threat of stale story-telling for a team that’s been in rotation for nearly 60 years? Make everything bigger. Make the muscles bigger, the soap drama bigger, and most particularly, the characters bigger. You gotta up the stakes to stand out. Long gone are the days when an obnoxiously chirpy Snapper Carr saved the day. Stories like that were about the exceptionality of the everyman. There was a great optimism steeped in them letting us know that we powerless humans could also contribute. Now, stories are characterized less by civilian heroism, and more by how in the great heavens you can defeat the big bad when he has all the cheats. The Justice League isn’t really the best Earth has to offer anymore (on account of how often they are defeated), they’re just really good at swiping codes. 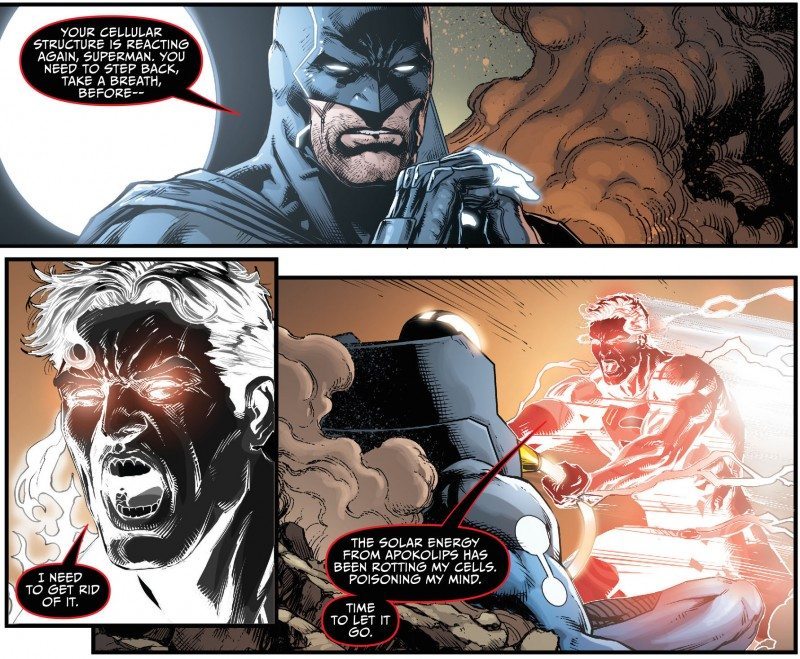 This is a problem that persists in JUSTICE LEAGUE #49 as Flash has gone black death demonic, Batman’s become Yeezy-levels of arrogant (listen to, “I Am a God” to get a better idea), Superman’s been blessed with the powers of a Hell-planet, and some shadow demons are wreaking havoc for dramatic texture. What’s an overblown Rock ‘Em Sock ‘Em death match without some collapsed buildings, am I right? Still, despite, or perhaps because of it, JUSTICE LEAGUE #49 is a fun read. Not many books say to hell with narrative clarity and just lay on the action the way JUSTICE LEAGUE does.

READ: How’s the Darkseid War been up until now? Read our review of JUSTICE LEAGUE VOLUME 7!

There are a few problems, though. I’m still gobsmacked as to why Geoff Johns chose to tell this story through the point of view of Wonder Woman who is easily his weakest character. Her narration provides very little personality and no real subjective lens to read this story through. Johns is trying to achieve a poignancy by juxtaposing the huge scale of the story and the intimacy of an individual character. However, that doesn’t work when the story is constantly demanding that it get bigger and bolder. 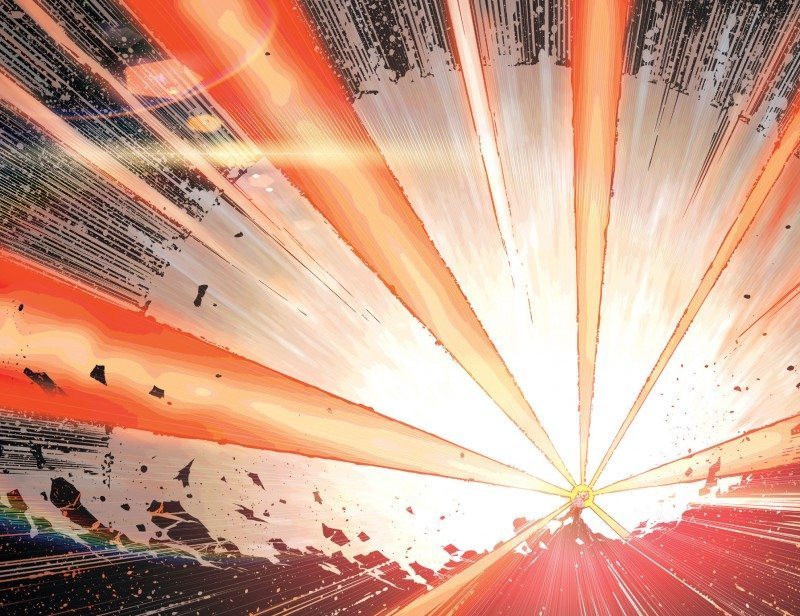 As a plus, Jason Fabok’s art is as on-point as ever and the book is a real treat to look at. It’s expressive, dramatic, and perfectly detailed. It’s the same balance that Johns is trying to achieve on the narrative side of things, but Fabok does so with greater finesse, carrying a lot of the book along in the process.

If you’re looking for a subtle JUSTICE LEAGUE, this is certainly not the book to satiate that desire. If, however, you need to crack open a cold one and relax for an undeniably fun read, this is it. It’s a little like what BATMAN V SUPERMAN: DAWN OF JUSTICE wanted to be, but without the pretext of importance stifling the story. JUSTICE LEAGUE #49 is the first part of the gigantic action-packed finale preceding the launch of Rebirth next month. With only one issue left, it’s clear that this is the action-packed book DC has been working towards and despite its incoherencies, it works very well.