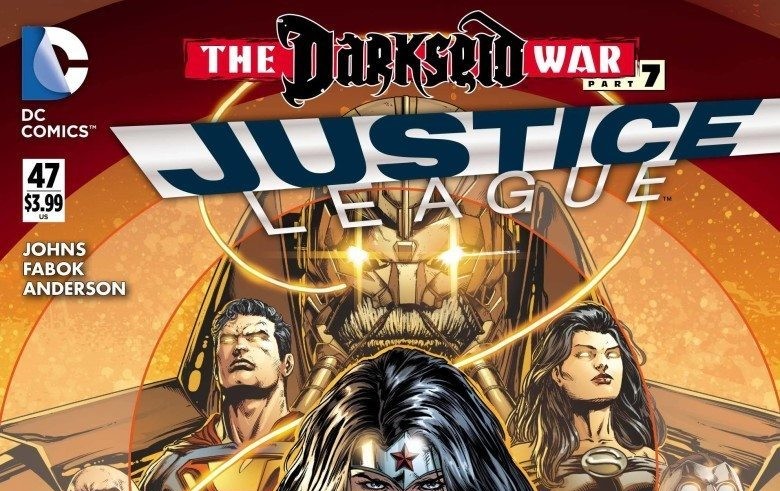 The world is shaken after the death of a god. The Justice League is now forced to adapt, as many of its members gain the powers to become gods themselves. Those in the League without the powers to be gods must now figure out a way to bring the League back together and defeat the unopposed anti-monitor before he destroys everything.

The second act of the Darkseid War begins with everyone coming to terms with the effects of Darkseid’s death. Issue #45 begins the ascension of the Justice League from heroes to gods. The Flash is the god of death, Superman has become the god of strength, Batman has ascended to the god of knowledge, and Shazam is simply the god of gods. Each of these characters, and Lex Luthor who is stranded on Apokolips,  are at a very interesting crossroads in who they are. Aside from Superman, who was basically the god of strength to begin with, each is placed in a new role that creates a very exciting opportunity to fundamentally change who these characters are and who they will be in the future. By far, the most interesting change is the power Lex Luthor gains and the ramifications that power can have on the entire DC universe.

READ: To catch up on the full details of JUSTICE LEAGUE #45, check out our review!

Building off of that, issue #46 focuses more of its attention on the remaining Justice League members who have not attained godhood. The remaining members find themselves in a battle with Darkseid’s former followers who are looking for revenge against the anti-monitor. The highlight of this battle is the appearance of Big Barda and her relationship with Mister Miracle. Their playful interaction and genuine display of care for one another create a great moment in an otherwise dark and violent Darkseid War. The rest of the issue does not move the tale forward very much. Other than the Steve Trevor, Wonder Woman, and Superman love triangle progressing, little of significance happens until the very end. The cliffhanger of Grail becoming the god of anti-life is a huge revelation, but it is too little too late in a comic that feels like filler in all but a few places. 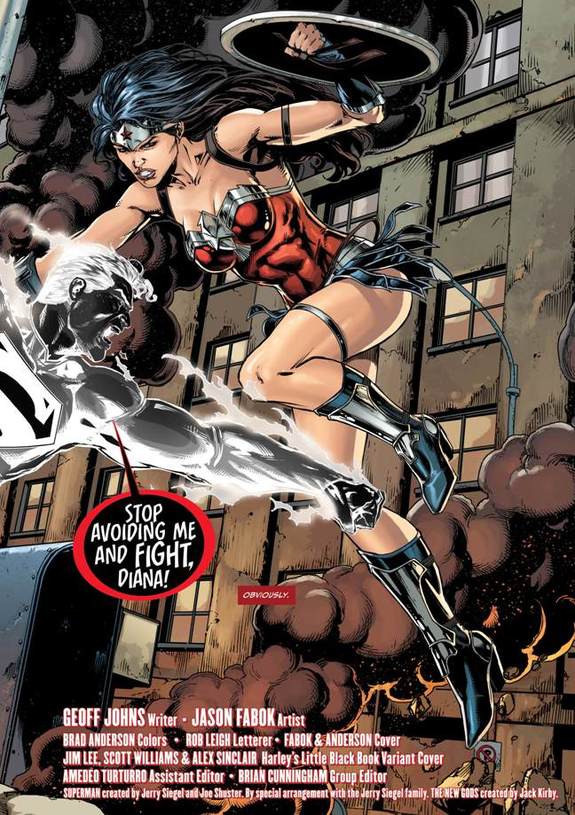 Issue #47 suffers from none of these pacing issues. Every page moves the story forward in fascinating ways. Wonder Woman fights to bring Superman back from his blind rage while Batman comes forward to break shocking news to the man of steel. Meanwhile, Power Ring, Mister Miracle, and Big Barda look to free the Crime Syndicate from Belle Reve Prison. All the while, Batman hunts for the truth of the Joker’s past, Superwoman sits pregnant, and Grail sets her sights on capturing Steve Trevor.

The third act of the Darkseid Wars is absolutely fascinating in how it continues to change the mythos of the larger DC Universe. Each character involved in the story is changing in an interesting way. Whether it’s Wonder Woman beginning to understand her true feelings towards Superman or Power Ring realizing she was never in control of her powers, no character is heading towards an obvious conclusion. The death of Darkseid removed the great evil pillar in the DC universe, and it is now forcing every being to fill the void that his death left behind. So many large events happen in this issue that any number of them could have been the cliffhanger. The reveal that the anti-monitor has now returned to form as Mobius would have been the logical cliffhanger for almost any other story here, but here it is one large event in a sequence of universe-changing events. That is how packed this story is with large-scale revelations. 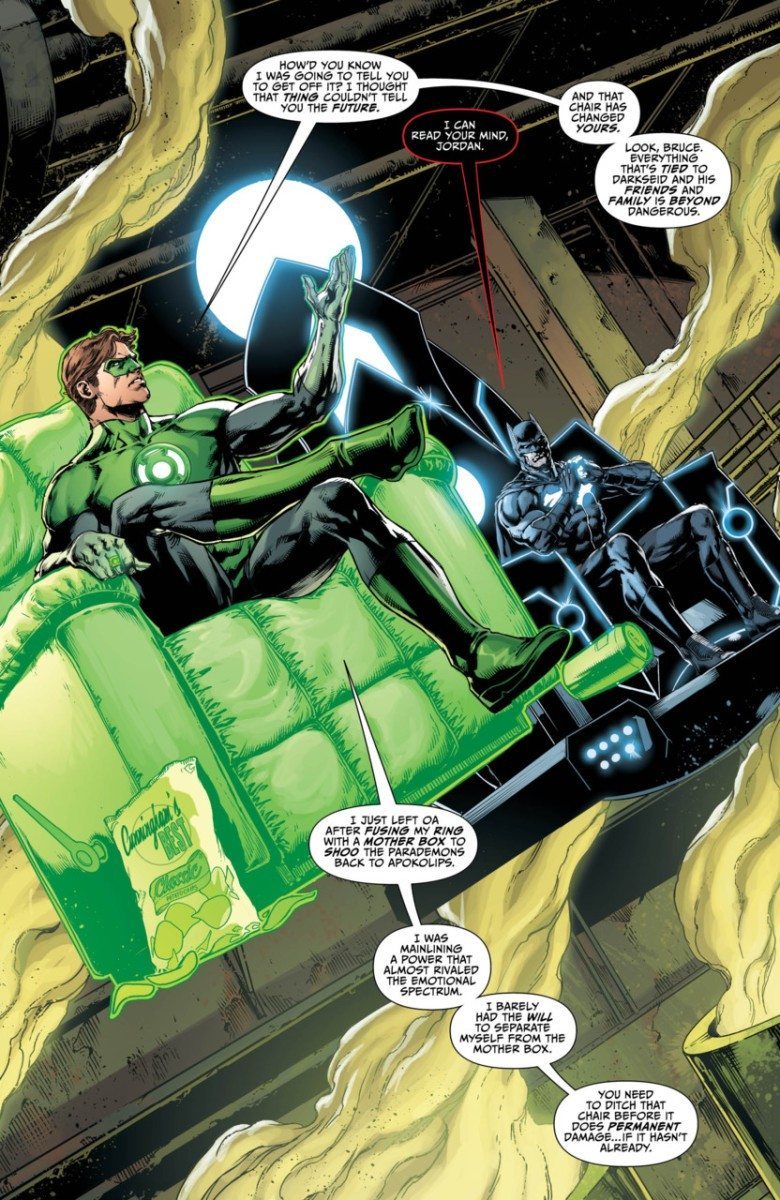 The artwork is fantastic throughout. After changing art styles for issues #45 and #46, issue #47 returns to the more traditional style that the JUSTICE LEAGUE has had since the new 52 began. The characters look very strong and imposing in every panel. The action sequences have a great sense of impact and every panel layout is extremely clean. This allows the story to flow effortlessly between each moment, never getting in the way of the story being told.

Overall, act two of the Darkseid War does not accomplish much and comes across as filler. But, once act three begins in issue #47, the entire series picks up the momentum that it had gathered up to the moment of Darkseid’s death. The entire series has not been flawless by any means, but the evolution of the Justice League, and the larger DC Universe as a whole makes the issues #45-#47 must-reads for any DC Comics fan.

READ: Catch up the end of the first act that set everything in motion with our review of JUSTICE LEAGUE #44!