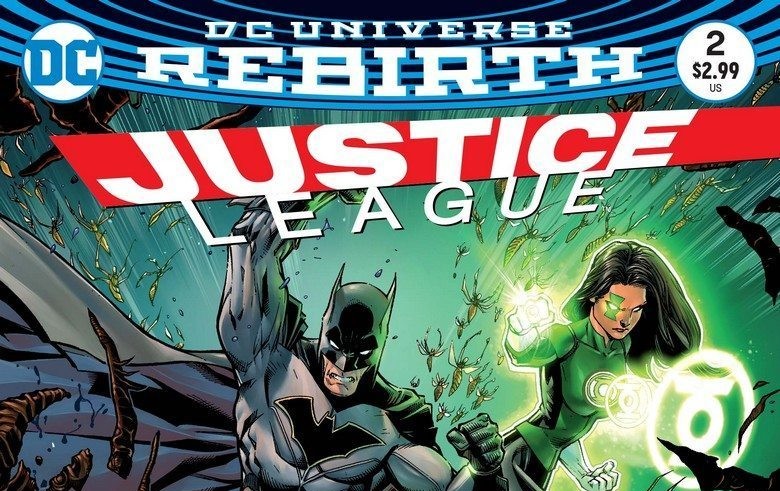 After the cataclysmic action that dominated Issue 1, JUSTICE LEAGUE #2 takes a slightly less destructive approach. While the world must deal with the aftermath of these (un)natural disasters, Cyborg believes it’s only an interlude; something much worse is coming. And so the League comes together to figure out just what this new threat is. Meanwhile, the Superman who appeared after the death of the New 52 Man of Steel is still being watched by the League. They come to the conclusion that they really need his help, but can they trust him? 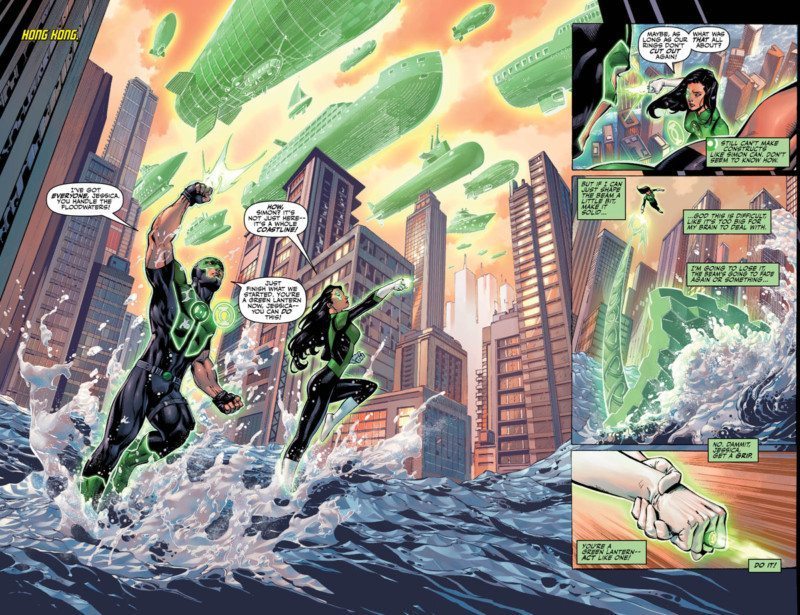 READ: Check out our review of JUSTICE LEAGUE #1!

While not as bombastic in its action sequences, Tony S. Daniel, Sandu Florea, and Tomeu Morey create a book that is gorgeous to look at. Images that spring to mind include the newest Green Lanterns emerging from the ocean depths, bright green constructs flying against an orange sky; The Flash, a dark red blur of action capturing alien bugs in Gotham city; an otherworldly creature, in humanoid shape, made up by a host of Atlanteans, almost blinding in its light. There is a lot to like on show, and while there are some action set pieces, it feels more controlled and restrained than the previous issue. It can’t be all two page spreads and destruction, and the artistic team combines to add momentum to Bryan Hitch’s less action-oriented script.

READ: We look at the Essential Justice League stories!

While there is a certain mystery behind who is causing wholesale destruction worldwide, it’s not the story’s strongest point. How the team interacts is what’s most intriguing here, and it’s nice to see some camaraderie building between The Flash and Batman. This was touched upon in the Rebirth Special and FLASH REBIRTH #1 when Barry visited Bruce in the Batcave. The dynamic between the two is refreshing and touching. While some of their ideologies and aesthetics clash, there is a mutual respect and trust there that I’m really enjoying and hope is explored in future issues. 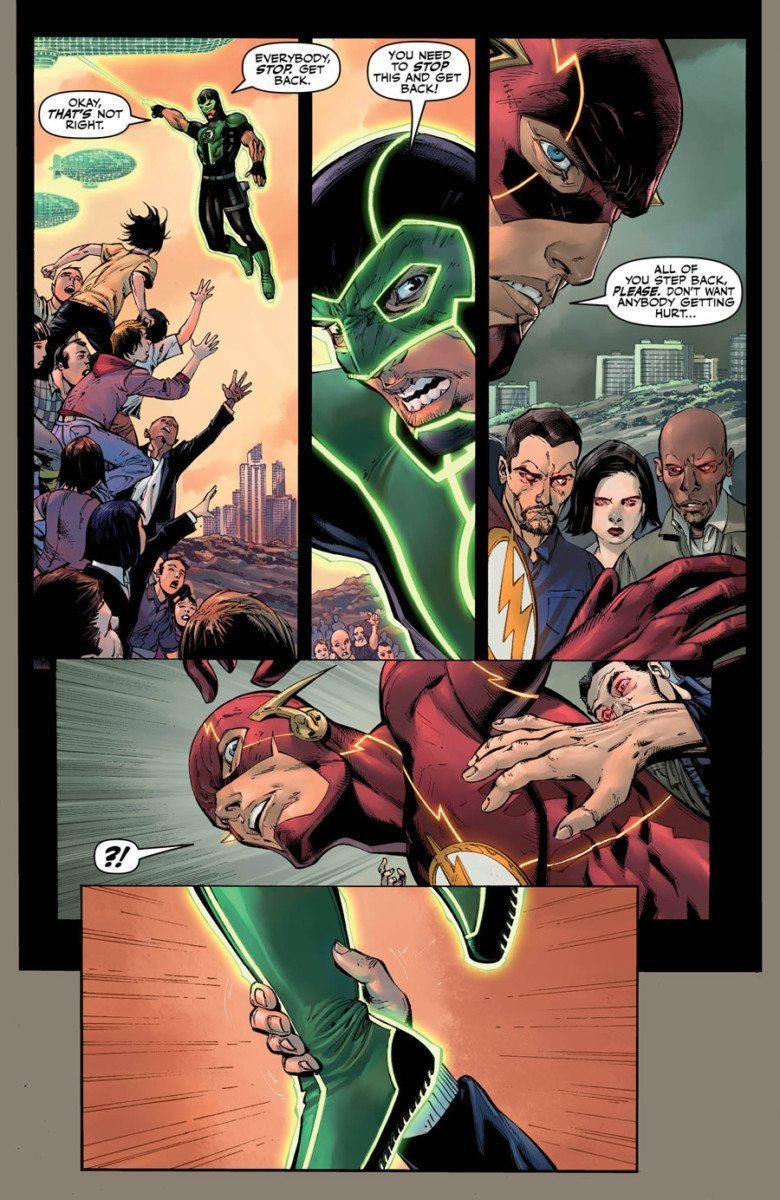 READ: Just what is Superman up to? Read our review of SUPERMAN #1!

Overall, this feels like a quieter issue, as the League regroups to try and figure out how to stop catastrophe from coming. With a solid script and amazing art, JUSTICE LEAGUE #2 is a strong issue. It’ll be interesting to see how this first arc pans out, and I’ll definitely be along for the ride.