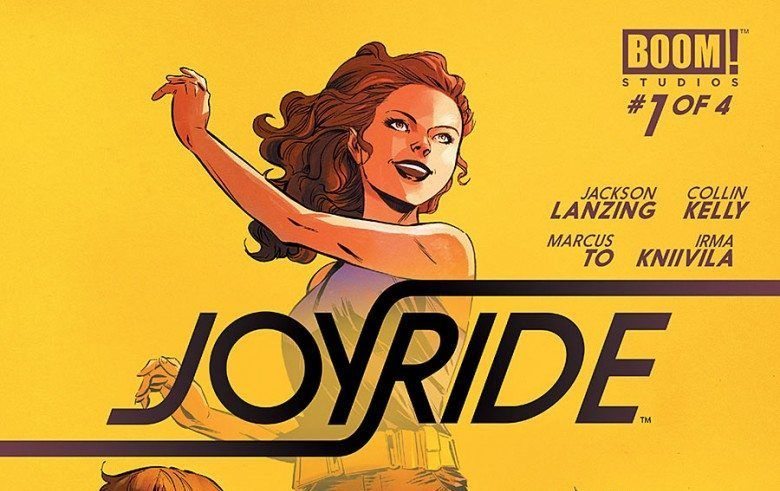 BOOM! studio’s newest miniseries JOYRIDE is in stores now, and it’s a solid debut for writers Jackson Lanzing and Collin Kelly, as well as artist Marcus To. Lansing and Kelly are known for their work on HACKTIVIST and BATMAN & ROBIN: ETERNAL. They’ve also recently taken over Nightwing’s spy comic GRAYSON, and Marcus To is best known for HACKTIVIST as well drawing some issues of BLACK PANTHER and even a HUNTRESS miniseries.

READ: Need a little more Robin in your life? Check out our review for GRAYSON #17! 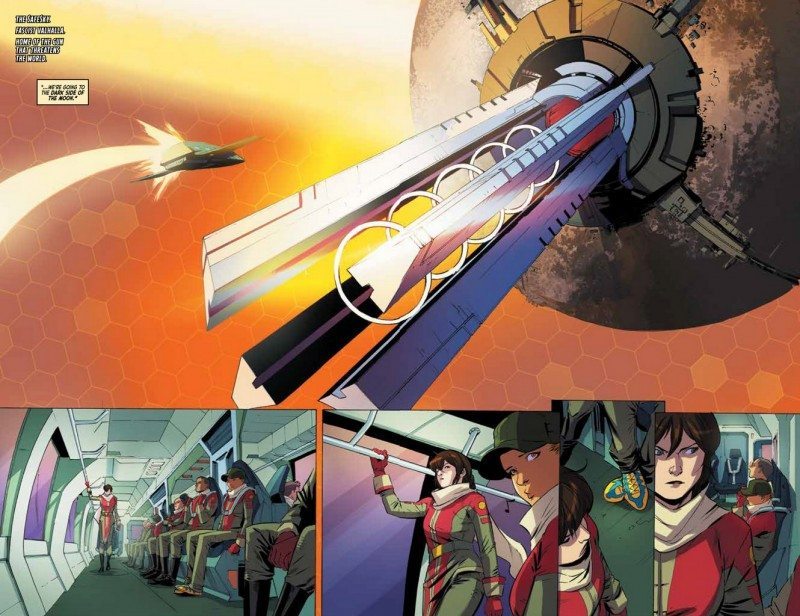 Things become complicated when they’re tracked down and eventually joined on their adventure by an agent of the alliance. The story is told in a taut, yet fun manner that allows the characters as opposed to the action the push the story forward. Uma is the type of person to leap first and look last. She’s incredibly impulsive yet somehow still clear-eyed with a kinetic intelligence about her. In other words, she’s the archetypical teenager with social disillusionment substituted for angst. Her best friend Dweyyd is a by the book officer in the World Government Alliance who apprehensively agrees to help and accompany Uma on this journey. Uma is a believable teenager existing in a world where things suck, and her buddy Dewyyd is written as a nice nervous foil to her gun-ho sensibility. 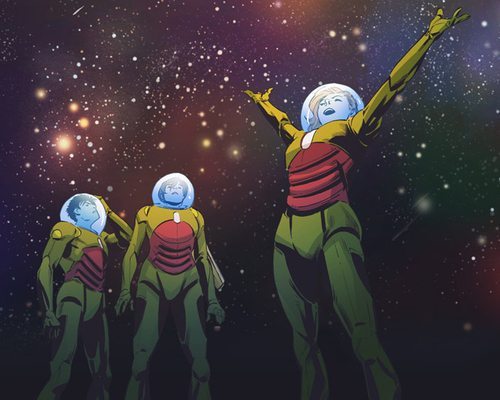 Marcus To’s artwork has a bit of a anime or manga feel to it, which I appreciate being a fan of those mediums. The futuristic design may seem a bit derivative, in terms of how the costumes and spaceships look, but it doesn’t at all distract from the entertainment value of the story. Some of the costumes look like combinations of other uniforms across the sci-fi narrative canon, but it isn’t at all overt. The look and feel or the comic reminded me of the anime Daft Punk videos from the early 2000’s where blue skinned people were having adventures through space. I’m looking forward to Marcus To getting to let loose a bit in future issues, in terms of action panel and creature design. Considering this was the first issue, and he was responsible for introducing the characters and setting up the story, there wasn’t much time for crazy sci-fi visuals, but I have a feeling there will be in the near future.

JOYRIDE is definitely a great addition to the sci-fi graphic novel canon. BOOM! studios has something, fun, fresh and special on their hands. All around, JOYRIDE #1 is a solid jumping off place for this new comic, and I’m excited to see where Lansing and Kelly take these characters next.