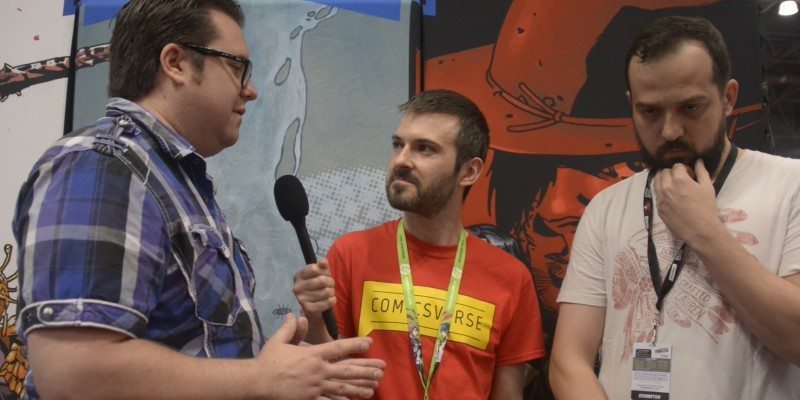 There are few writers whose works scream the word “quality” no matter what genre it’s contained within.  Thankfully Joshua Williamson is one of those writers. I first discovered him through NAILBITER (with art by the great Mike Henderson), a gruesome tale of serial killers all originating from the same small town. From the first issue, I was hooked! Not long after, I picked up BIRTHRIGHT, a fantasy tale about “the chosen one,” who decides he doesn’t want to be the good guy anymore. Williamson was on this with artist, Andrei Bressan, who creates a visual fantasy world, full of wonder and terror.

Joshua’s current work, outside of these two fantastic books, includes a three-part series called THE RED SKULL for Marvel, which delves into the complicated relationship between the Red Skull and Magneto. Being a fan, it was my absolute pleasure to meet Joshua at New York Comic Con 2015, and after signing my first issue of NAILBITER, he agreed to an interview that Sunday.

The interview that follows covers his upcoming work with Marvel, ‘The Illuminati’, along with questions about NAILBITER and BIRTHRIGHT. Right before the interview began, Andrei Bressan arrived at his signing early, and Joshua invited him to join the interview. Andrei was gracious and agreed, so when we get to talk about BIRTHRIGHT, he stepped right in and talked about his work.

READ: Looking for a new indie web comic? Check out our interview with the writer of HEROINE CHIC! It’s totally fabulous!

Both were enjoyable to interview, and clearly love what they do. If not for their signing at 2:00 pm, (the interview was conducted at 1:40 pm), I’m sure we would have talked some more. After the interview, I picked up the first trade of ‘Ghosted’ and expect to be hooked all over again.

So yes, you heard me, not only do you get to hear Joshua Williamson talk to ComicsVerse, but Andrei Bressan guests stars too. Let me know what you thought of the interview or anything else in the comments, and please please share with friends, family, and fellow comic book nerds! Enjoy!