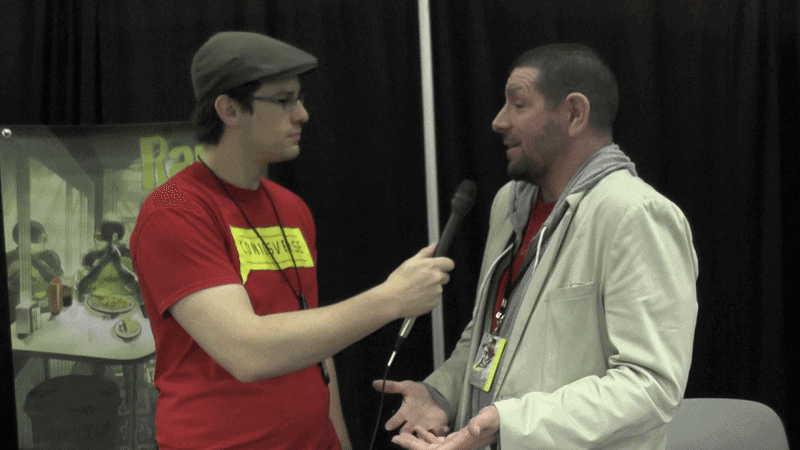 Special Edition: NYC 2015 is a great place for comic book enthusiasts to buy, sell, and improve the value of their own collections with autographs and original works of art.  It is also a great place to network and get your name and your projects out into the world.  Josh Dahl, the writer of Rapid City: Below Zero, has an awesome book that needs to be read.  Focusing on the villains, rather than the heroes, Josh creates a city — no, a whole world — that pulls the reader in and showing off his skills as a writer.

What began as a writing project for Josh Dahl has become so much more as the world and characters have been fleshed out and given greater depth, motivations, and a little bit of angst.  Josh Dahl’s writing of his characters feels particularly interesting to me.  While we know that we’re following the villains around, it’s hard to truly feel as if they are villains.  Yes, they are committing crimes, and yes, they have a checkered past, but Josh’s writing helps keep these characters sympathetic.

The characters are victims of circumstance, and you find yourself rooting for them, despite the knowledge that they aren’t, technically, the “good guys”.  It all comes down to a favorite quote of mine: “Nobody thinks of themselves as the bad guy.”  In this series, not only does this ring true. The audience has trouble thinking of our main characters as “bad guys” too.

There’s a good reason for this which comes from Josh’s own experiences as a teacher.  He works with students who have found themselves in a bad way- kids with criminal records, for example.  He speaks with us about how these experiences have helped to shape his own point of view. In addition, he speaks about how much of his students’ actions, behavior, and history make it onto the page.

For more from Josh Dahl, watch the full interview above!

The following ComicsVerse staff appeared in this interview:

Don’t forget to show some love and leave some comments below!