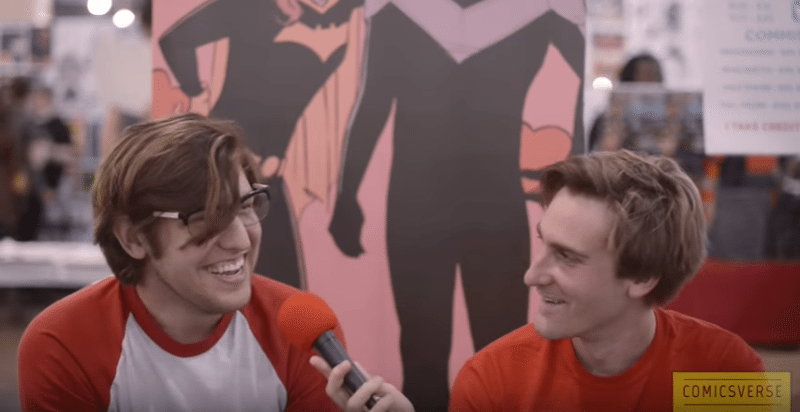 We sat down with Jordan Gibson at Wizard World Philadelphia for a discussion about his life and career as an artist. We discussed the creators who continue to influence him, and the process he employs to produce incredible drawings and beautiful colorwork. Gibson has been employed as a penciler, inker, and colorist for Marvel, DC, Image, and Monkeybrain. He’s also hard at work on his own personal comic, MIGHTY HERO MANTIS. MIGHTY HERO MANTIS looks to be a tokusatsu-themed take on the classic crime-fighting superhero. Gibson recently teased a sketch from the book on Twitter, promising more news and a potential release this fall. At conventions like Wizard World, Gibson is quickly becoming a staple. He comes off as an extremely personable young creator who boasts an amazing and distinctive talent.

Jordan Gibson on Social Media and HOWARD THE DUCK

For those unfamiliar with his work, Jordan often takes to Tumblr and Instagram to share personal doodles and sketches. His most popular online pieces include beautiful interpretations of classic comic book characters reimagined to match his unique aesthetic vision. His yearbook photo series is especially intriguing. He sketches your favorite X-Men characters as if they’re sitting down on picture day. He renders them with such nuance that you can perfectly imagine Storm, in place of Lindsay Weir, fidgeting in the title sequence of FREAKS AND GEEKS. Jordan’s style might be described as “Amerimanga”, a peculiar blend of influences from retro Japanese illustrators and Romita-era cartoonists that culminates in a truly singular and elegant form.

In conclusion, Jordan Gibson is an illustrator that fans should immediately add to their watch list. For those looking to follow what Gibson is up to, you can find him inking and coloring the current run of HOWARD THE DUCK. It was an absolute pleasure meeting Gibson at Wizard World. We look forward to keeping up with what will most certainly be an exceptional career.