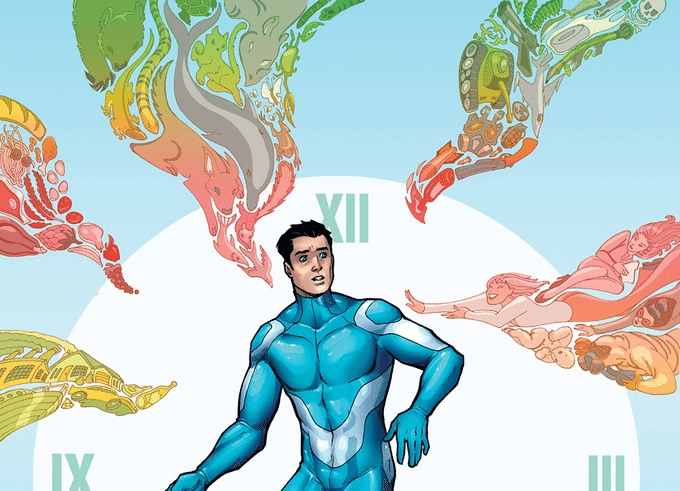 Paper Films started 2016 with the launch of their ninth Kickstarter-backed title, HYPE. With a creative team that consists of frequent writing collaborators Justin Gray and Jimmy Palmiotti, along with artists Javier Pina and Alessia Nocera, this project immediately had my attention. HYPE is the story of a hero who only lives an hour per day, a character-driven, science fiction thriller with elements of romance and escapist fantasy. The art looks downright gorgeous on the Kickstarter page and, frankly, there’s never been a book written by Gray and Palmiotti that hasn’t amazed me. So to get you hyped for HYPE, ComicsVerse has an exclusive interview with the writers of this project. 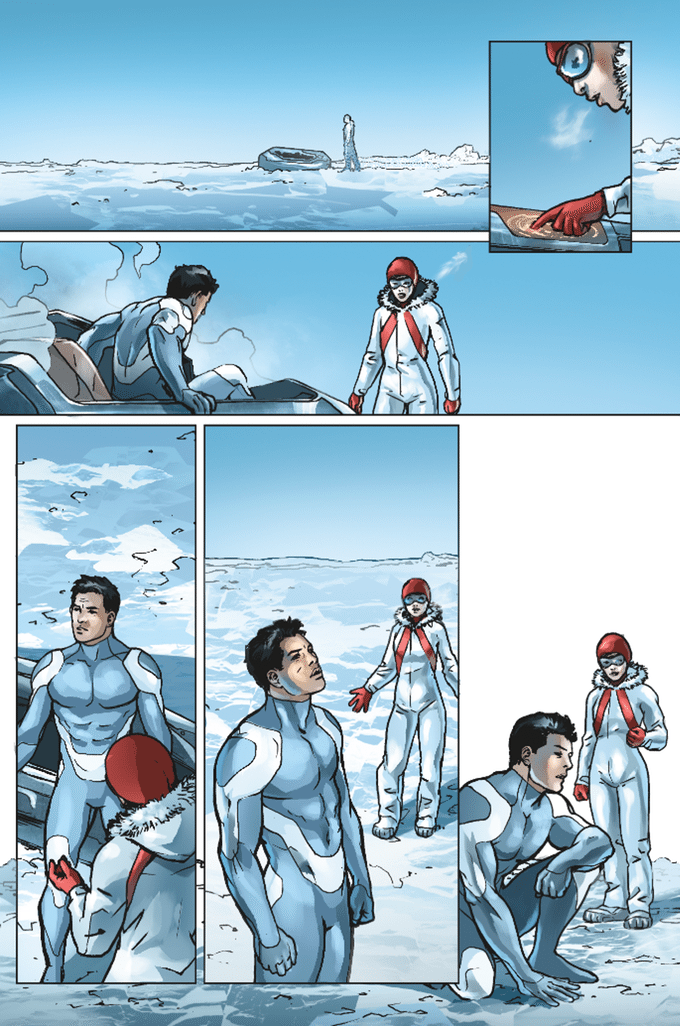 Matt Murphy: Justin and Jimmy, HYPE is the latest project that you’ve worked on with your company, Paper Films, and it fits into the genre that you’re well known for from your works at DC and Marvel, sci-fi/superheroes. In a world where the industry is overpopulated by superhero titles, why does Hype stand out from the rest?

Jimmy Palmiotti: It’s actually more sci-fi than superhero, so it stands out from the rest because it’s about the actual inner workings of a being created from the ground up and sent out in the field to be the hero…at least for the side that sent him. HYPE is a study mostly about how humans really are different and spectacular creatures.

Justin Gray: To echo what Jimmy said, HYPE is really about characters trying to discover who they are and what their place is in the world. I go back to this idea that Hype is experiencing life at a hyper-real level and yet he’s trying to put it all in perspective with only an hour a day to do it.

LISTEN: Check out our latest podcast on the world’s most recognizable black superhero, STORM!

MM: Another genre that HYPE is tied to is romance. How does romance fit into the story and why is HYPE a better story with its inclusion?

JP: Honestly, I am a romantic at heart and in our lives, relationships are what are most important to us, be it business, romantic, and friendships. With Hype and his caretaker Amanda, it is only natural curiosity that these two would feel a bond greater than just being casual friends.

JG: Every great tale has some kind of love story at its core. This is what propels the characters, it is what gives their lives meaning. It doesn’t have to be the love between two people; it can be many things. In this case, it is about discovery between two very different characters. 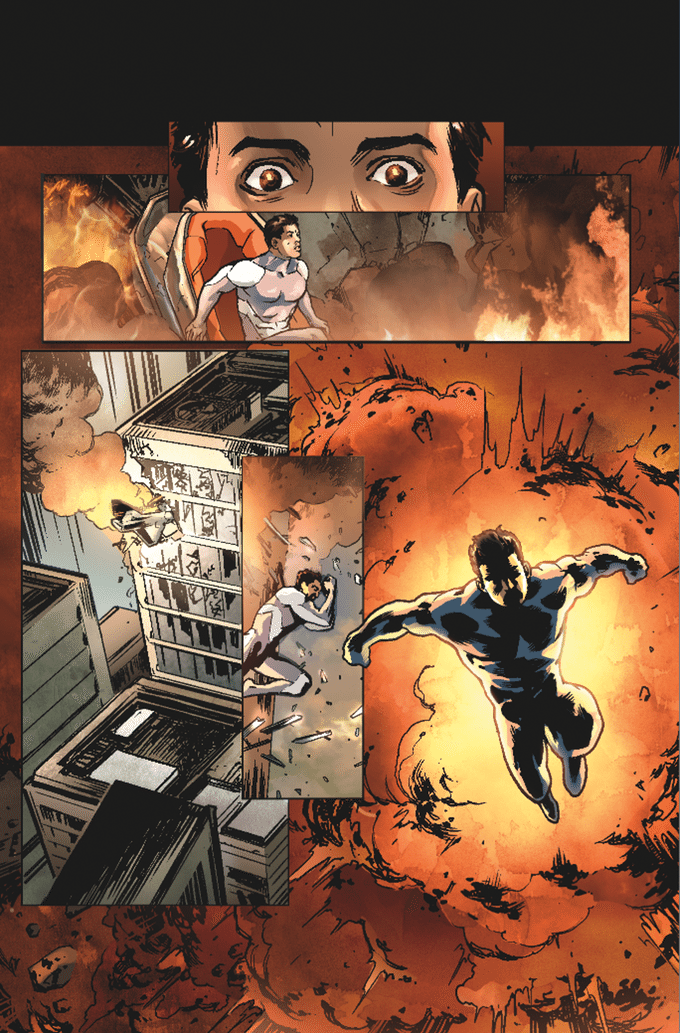 MM: One of the most interesting things I found in the story description of the comic was the protagonist’s attention to detail yet an inability to understand social cues and the “big picture.” Is this just a hero without world experience or is he possibly on the autism spectrum?

JP: This is all about a brain maturing and learning while experiencing something. Hype is smart, but not experience smart and that has its obvious downfalls within the story right away.

JG: There’s a child-like quality to the character of Hype because of his limited real world experience and he is very naïve. At the same time, he has that sense of wonder so many people lose when they become adults. He’s literally caught between the best and the worst that the world has to offer.

MM: Throughout both of your experiences within the comic book industry, you’ve written many serious titles, as well as humorous. Will HYPE be tonally similar to serious westerns like ABBADON and JONAH HEX or light-hearted and funny like POWER GIRL and HARLEY QUINN?

JP: This story is serious with some humor and observations letting a little steam out of its intensity. Mainly the storytelling is about an adventure that someone that can be awake less than an hour a day has, and how he has to grow up really fast and process the world around him.

JG: There’s no camp in HYPE or the characters, but it isn’t a dark and morose story either.

MM: HYPE has a very high concept idea with the protagonist only experiencing life for a single hour a day. Why is it important that this story is being told as a comic and not through film or television?

JP: I make comics for a living and love this medium more than anything. We can tell a clear story the exact way we want to without worrying about actors, soundtracks, and all the other details that go into those mediums. Comic book storytelling is pure, and when done ourselves and not for a company, can be exactly what we want them to be, without a committee telling us what to do.

JG: We live in a high-concept driven era. That’s something to think about. Almost everything in the mainstream is asking, “what’s the high concept, ” and people have been trained, at many different levels in the process of creating entertainment as well as reporting and consuming it, to exploit high-concept over content. Yes, content is nice, it is what elevates the material, but concepts that can be sold with as little explanation as possible are what currently drive a large majority of corporate entertainment sales and purchases.

MM: This is the latest Paper Films project to be self-published through Kickstarter. What is it about crowd-funding a project that’s more beneficial than publishing a creative-owned comic through independent publishers like Dark Horse, IDW, or Image?

JP: Control and continuing the relationships we have with the people that have backed our Kickstarters in the past and also with the people that shop at PaperFilms.com and our Threadless store. We have a connection with these people in delivering a story and art better than anyone else, and at the same time more personal, as well. If we went with most publishers, we would be giving away ownership on some level and at this stage of the game, I think the fans want the creators to have more control of their creations. I know I do.

JG: I don’t look at it as being more beneficial. Everything has its positives and negatives and not everything you create has to follow a set model. I think it is important to explore as many creative avenues as possible. Kickstarter is a great way to bring stories to the world that might not otherwise find an audience, and the way our Kickstarters are structured we are clearly trying to appeal to specific audiences.

JP: Simply put, we are taking our skills to the next level with each and every project and their support means we can create more and more books that will hopefully continue entertaining everyone for a long time. New fans should be excited because the Kickstarter offers things you could never normally get other than the Kickstarter, like Skype sessions, limited edition books, and prints and signatures by some cool people. 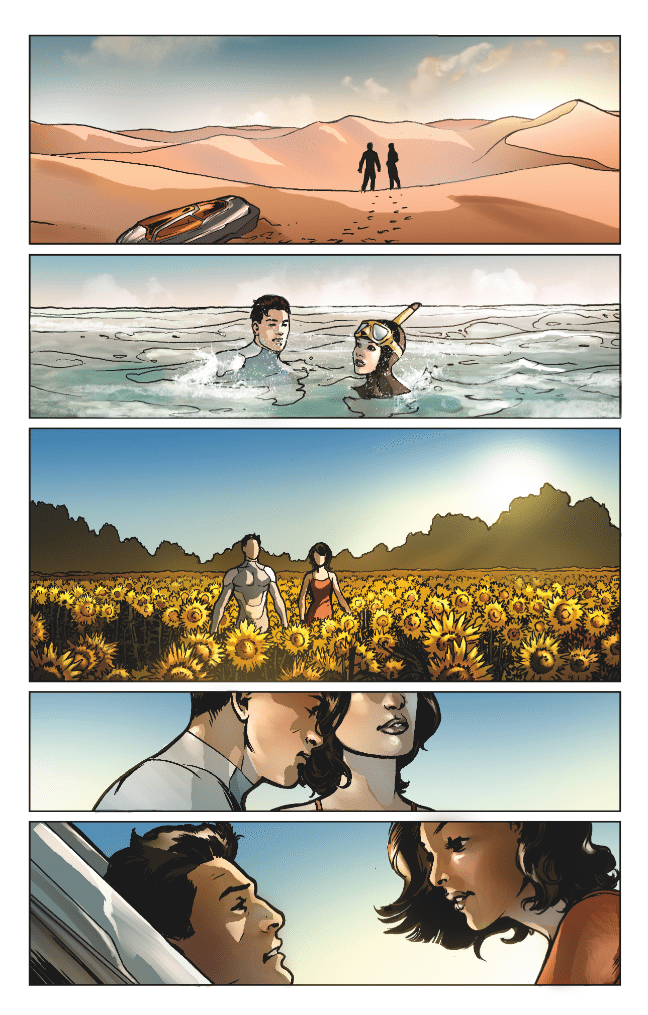 MM: Could you give us any teasers of possible stretch goals for the project?

JP: We are far from our goal and the clock is ticking on this one, so if we do introduce one, it will be an Amanda Conner-created print done especially for this Kickstarter. I hate to jump the gun since we still have a long way to go.

With eight days remaining, this campaign needs all the help it can get to be funded! You can find out more about HYPE (and back the project) on its Kickstarter page. To find out more about Paper Films and the works of Jimmy Palmiotti and Justin Gray, head over to www.paperfilms.com.